In the late 30s, 1939 specifically, the Kuwait government decided to start sending Kuwaiti students abroad on scholarships to get degrees in different fields, whether to then flourishing Cairo or Baghdad or even London. Since then a status quo has been built in the mentality of many that if I want to fit into that upper class or middle upper class, I have to study abroad as well, not knowing the many negative effects this could have, not only on the student as an individual, but on the Kuwaiti work field as a whole.

To start off, according to KUNA, 82 percent of Kuwaiti students study in government schools. The issue with this is because of the brittle government syllabus and educational system, students who graduate from these schools and go off abroad are more likely to face larger obstacles because of the conflict between the Kuwaiti syllabi and the syllabi abroad.

Therefore, if the Kuwaiti society as a whole, including the ministry of education, is keen to continue scholarships aboard, it must reform the educational system to one that matches global standards, so these students are built in a way that enables them to succeed in these international educational systems.  In addition to the conflict between educational systems, the larger issue is in the conflict of work fields one faces when studying abroad. In a young adult’s life, the years of 18 until 22 are pivotal years during which one’s idea of culture and tradition are shaped, that build the social ties one has with other members of society and that help paint the raw picture of the society around one, including the work field.

Thus, it is very important that in these years, the young adult absorbs all that is around them in their country; the positives, the negatives, the culture, the tradition, the public opinion, internal issues – the list is endless. The reason behind the importance of absorbing national surroundings lies in the fact that the main idea of studying any major is studying a problem, then finding a solution for this problem.

But every educational system is shaped around problems that are in the country in which this system is born. So, for example, what is the point in studying the British marital law which allows same sex marriage, then coming back to a country with respected Islamic boundaries and sharia marital law? Isn’t it a fortiori to study national problems and try to put forth national and international solutions?

Therefore, in my humble point of view, the way to solve this conflict is to obtain a bachelor’s degree in Kuwait, the country that needs its youth the most, and to absorb all the problems we are facing here that have ties to one’s major, and then continue studying abroad to borrow international solutions for our national problems. This way, a well-rounded, mostly developed young adult is being sent to come back with what we really need, what will really develop our country, what will actually be worth the budget paid for scholarships – that is international solutions for national problems from a Kuwait loving young adult.

‘Protectors’ of virtue and decency 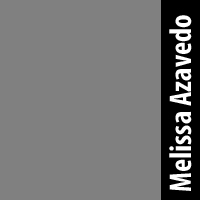