KUWAIT: During a recent visit to Kuwait as a guest for Reconnaissance Research, Retired US Army Lieutenant Colonel Scott Crino had a candid interview with Abdulaziz Al-Anjeri, the Founder and CEO of Reconnaissance Research, to discuss the threats of drones in the Middle East and Kuwait.  Dr Crino has three decades of experience as an Army officer, pilot, operations research analyst, senior manager and trusted consultant to the Department of Defense. Specialties include Red Teaming, Vulnerability Analysis, Risk Mitigation Strategies, Modeling & Simulation, and Resource Management.

Question: What is the impact of the rapid spread of drones on conventional military conflicts?

Crino: Their impact in the Middle East and North Africa cannot be overstated. Drones are an important aspect of conventional militaries, as well as non-state actors, and played a decisive role in every recent conflict of the region. The impact can be compared to the domination of air power over conventional military ground and sea elements during World War II, leading to allied victory over axis forces despite their more advanced weaponry.

The Yemen Civil War is a case in point. were it not for drones, the fierce fighting between the Saudi-led Coalition and the Houthi Movement would likely have been resolved by now using conventional military doctrine. The Houthis through their militant arm, Ansar Allah, have consistently attracted international attention and bolstered their support through their highly publicized drone and missile strikes against the Yemeni government and civilian targets in the Saudi Kingdom.

Question: Where else have drones been effective, and what has surprised you most?

Crino: In Libya, drones were highly effective in the conflict between the armed forces of Field Marshall Khalifa Haftar against the Government of National Accord (GNA) in Tripoli. For almost two years, Haftar’s army was able to encircle the GNA and hold its militias at risk with a combination of local fighters and foreign contracted soldiers supported by Chinese-made Wing Loong drones.  The tide of the fighting turned only after Turkey ignored the U.N. arms embargo placed on Libya and implemented the use of the Bayraktar TB2 drones to combat Haftar’s use of the Wing Loong.

The most surprising development and overall impact concerning the use of drones occurred in last year’s war between Azerbaijan and Armenian. In that war, the use of drones by Azerbaijan was inarguably the key to their victory. The war was fought in two phases. In the summer, there was a brief, non-conclusive fight between the Azeris and the Armenians, in which the Azeris relied primarily on Israeli-made military drones to target the Armenians. The result was a standoff as the Armenians could defend themselves against the Azeris assault. After a few months of ceasefire, the fighting ensued again, but this time Azerbaijan added the Turkish TB2 drone to their fighting power, and as a result dominated the air and changed the course of the war. Azerbaijan was quickly able to neutralize Armenia’s heavy armor, and regained control of Baku territory, which they had lost to Armenia thirty years earlier.

Question: How are drones affecting armament developments in the Middle East?

Crino: In military affairs, drone technology is a disruptive force. For the past twenty-five years, militaries were able to largely keep ground and air fighting separate. Oftentimes, a superior military force could simply dominate the air domain of its opponent. The new generation of drones has exposed a weakness in the old paradigm.  The drones used in theater today can slip through the unguarded seam between the air and ground forces of modern militaries forces and wreak havoc. No longer are special forces and infantry soldiers able to move across battlefields without the fear of a drone attack.

The new drone threat has also caused a significant rethinking of priorities. Legacy technologies that were developed to defend against missile attacks are most often ineffective against drones. Countries around the world have invested heavily in R&D efforts to create systems specifically designed to detect, track, and defeat these new types of drones, but most technologies available on the market today are far behind the sophistication of the drone technology, constantly playing “catch up” to defend against this ever-growing threat.

Question: What are the most advanced countries in drone industry globally and in the Middle East? As both in manufacturing as well as in deterrent technologies?

Crino: I have already talked about the Turkish-made Bayraktar drones, but I will mention them again to further understand the current state of technology for drones. The Bayraktars were very successful in fighting in Syria, Libya, and the Caucasus, it was Turkey’s own insight and understanding of their operational environment, as well as their manufacturing expertise that enabled them to design an effective and adaptable combat system. The Turkish experience is a solid template for other countries to follow.

Engineers in the United States design the world’s best drones, but our country’s responsibilities tend to be at the strategic level. As such, we build drones for objectives that might not be a good fit to accomplish a regional mission. The drone threat in the Middle East is best addressed by technologically advanced personnel who can also apply the insight and intimate knowledge of their own world and its priorities to innovate in both the drone and counter-drone markets.

Question: Are countries ignoring the threat and risks of Drones? And how prepared must countries be regarding drone attacks?

Crino: Everywhere I look, I see countries developing or acquiring drone and counter-drone technology. What must come next are policies and programs which address the threat, the first step of which is education.

Some of the most critical developments in drone technology, particularly over the last ten years, has outpaced countermeasure development. There appears to be an acceptance of drone use, both for military and commercially, while not effectively addressing the corresponding threat from drones, particularly weaponization.  Senior leaders and decision makers need to jointly embrace the benefits to be reaped from commercial and military use of drones while aggressively pursuing effective countermeasures to protect military assets and the civilian population alike.

Question: Is it right to say that Drones are under heavy use in the Middle East compared to other parts of the world?

Crino: Every developed nation in the world is racing to develop technology, for commercial and military use. What sets the Middle East apart from other regions is the urgency and the immediacy of the threat due to proliferation of weaponized drone and capacity for their use against civilian targets. Deadly drones are part of military operations in Iraq, Syria, Palestine, Egypt, Libya, and elsewhere in the Middle East, Central Asia, and North Africa. While many Western countries still have the luxury of considering drone threat hypothetically, in the Middle East and in Kuwait, the threat from weaponized drones is occurring now.

Question: Do you worry more now about the drone threats in Kuwait? Compared to September 2020 when we had the first interview with you?

Crino: A year ago, I felt Kuwait could be a likely target for a drone attack and I believe this even more so today. Iranian proxies are Tehran’s messengers. The proxy’s drone attacks are Tehran’s way of shaping the Middle East’s information environment. I am sure anytime the State of Kuwait’s foreign policy objectives diverge significantly from Iran’s, they need to consider the threat and chances of an Iranian military response. Those calculations should include the risk of a drone attack from Iran or proxy militia groups in Iraq.

Question: How can Kuwait protect itself? What are the most venerable targets that need more protection?

Crino: Kuwait should decide for itself the types and levels of protection it needs to defend itself from weaponized drones. What are Kuwait’s priorities? Which cultural centers, royal properties, sections of its energy infrastructure are they?

At a national level, Kuwait’s military and security policy makers and planners should identify efficiencies gained through integrating the defense design across the country and to harmonize the plan with the initiatives and capabilities of partner nations.

Question: It seems that the United States’ use of the Drones in the War on Terror did not achieve its goal. Why aren’t drones being effectively used by conventional military?

Crino: Drones have been and will continue to be an instrumental part of the United States strategy in the fight against terrorism that started 20 years ago. Any student of the world’s conflicts zones regularly sees examples of the United States eliminating terrorist threats with drones. American drones have unsurpassed surveillance capabilities, and they are lethal.  As importantly, the United States had made great efforts to increase the accuracy and precision of drone weapons to reduce their dangerousness to innocent noncombatants.

It is my perception that drones are being effectively incorporated into conventional military use. Drones were decisive in the Azerbaijani victory over the Armenians, Ukraine recently used drones to strike Russian heavy artillery pieces, and there are countless examples of conventional armies using drones to conduct surveillance or guide munitions onto targets without risking lives of piloted aircraft or ground forces.  As drone technology continues to advance, I envision this technology becoming the way of the future used by conventional and non-conventional militaries alike. 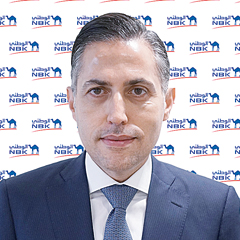 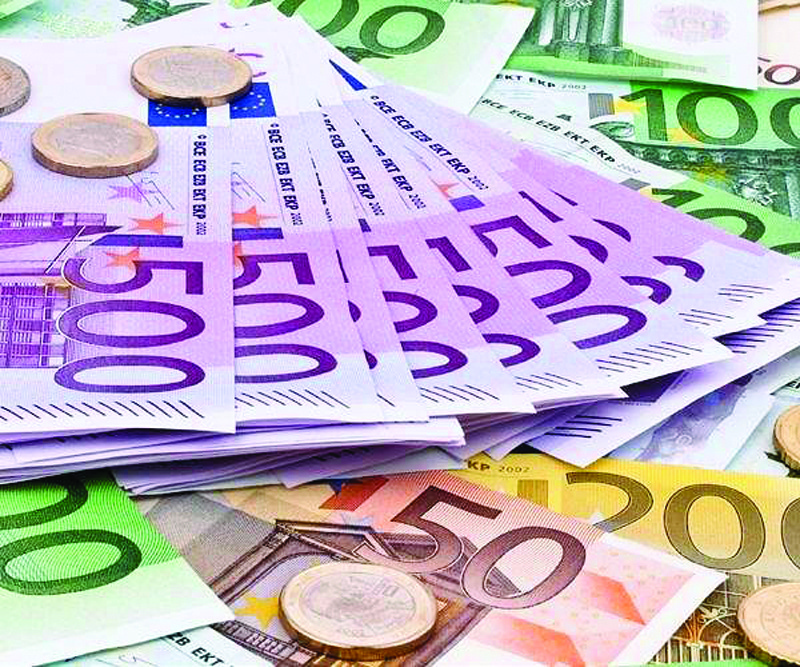 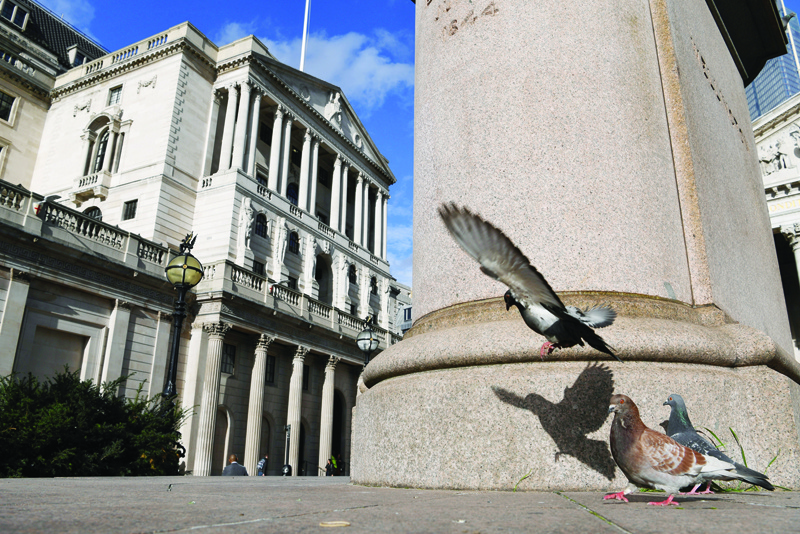 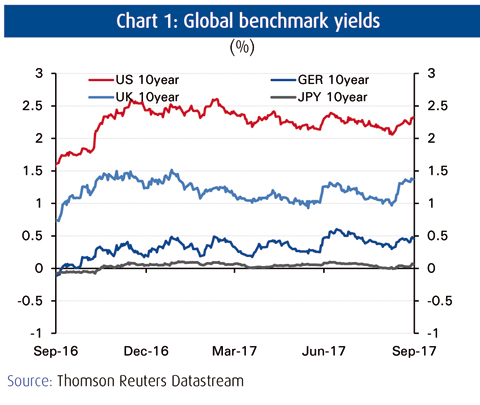