CAIRO: Egyptian authorities pressed for a high turnout yesterday on the second day of a presidential election expected to give President Abdel Fattah Al-Sisi a sweeping victory in the absence of real competition, in a contest dismissed by critics. In an effort to enthuse voters, the state news agency reminded Egyptians that voting is mandatory and those who do not vote, face a fine of up to 500 pounds ($28) – a sanction that in previous elections has not been enforced rigorously. “I expect turnout and participation to increase in the coming hours, and I call on Egyptians to go out and vote,” said Prime Minister Sherif Ismail.

Sisi says he is seeking a second term to repair the economic damage from years of political turmoil, defeat Islamist insurgents and revive Egypt’s role as a preeminent Arab power. His only opponent is an obscure politician loyal to Sisi. More serious challengers were forced to step down and several opposition politicians called for a boycott of the vote, saying repression had removed credible challengers.

But authorities hope that over three days they can mobilize a strong turnout. The president still has many admirers, although austerity measures in recent years and a fierce crackdown on Islamists, secularists and liberals have reduced that support. Brigadier General Ali Hareedi, head of the central elections operations room, said the first day of voting produced a high turnout “which proves the Egyptian people’s awareness”. He gave no figure.

Pro-Sisi media said voters were flocking to ballot centers. “Millions of voters gather in front of polling stations…and rejoice in every square,” ran a headline in the newspaper Al-Akhbar. Two sources monitoring the election, including one from the National Election Commission, said about 13.5 percent of 59 million eligible voters had cast ballots on Monday. At a polling station in Fayoum, a bastion of Islamist support 100 km south of Cairo, an election official put the turnout at 25 percent, only to be quickly corrected by an army officer who said “over 50”.

One 55-year-old civil servant said she had voted partly because her employer had encouraged her to, but also because “there’s security now, it’s not like Iraq, Syria or Yemen”. Her husband did not vote though. “He’s not happy about the economy. We hope it will improve, but God only knows. Not everyone is voting because not everyone is convinced (by Sisi).”
Sisi, who in 2013 led the military overthrow of Egypt’s first democratically elected president, Mohamed Morsi of the Muslim Brotherhood, took 47 percent of the vote when he was first elected, in 2014. The political risk consultancy Eurasia Group said if the government failed to mobilize voters and publicly admitted to a turnout of below 40 percent, “Sisi would come out of the elections weakened and more vulnerable to domestic pressure”.

That seems unlikely, the consultants said, but Reuters reporters found the pace of voting leisurely. The election aroused little interest in Cairo’s working-class districts. And at three voting centers in middle-class Dokki, no queues formed and voters were coming in at about one every five minutes. Most people voting for Sisi defended his economic policies and his suppression of political plurality. The blamed their woes on the Brotherhood, saying it had created instability and high inflation that had scared off tourists and investment.

Saeed Mohieddine, 67, a retired employee, said: “I voted for Sisi for the things he has achieved. He crushed terrorism, built new cities and started new development projects.” “Inflation started six years ago during the Brotherhood days; Sisi didn’t find anybody to stand against him,” he said. “Not everything can be done at once. The country needs to get going.” Ahmed Adel, a 50-year-old stockbroker, said he had voted for Sisi because he had brought stability and security. “I can now walk in the street feeling secure,” he said.

Only two people at polling centers hesitated to say who they had voted for as security men kept a close watch. The election commission has said the vote will be free and fair, and Sisi said he would have liked more candidates to run. Sisi has said he will not seek a third term, but critics expect him to scrap a two-presidential term limit. At a polling station in the Nile city of Beni Suef south of Cairo, a judge said 510 voters out of the registered 3,592 had cast their votes by 10 am (0800 GMT) yesterday.

Faten Othman, 40, a teacher, said she had spoiled her vote. “Nothing good has been done,” she said. “(There are) high prices … and whoever speaks goes to jail.” But a Muslim cleric in Beni Suef, Mohammed Abdul Sattar, said people should support Sisi. “Participating in the elections is a religious duty and a duty imposed on every man – whoever doesn’t vote or participate is a sinner,” he said. In Fayoum, an official at a polling station said that, by mid-afternoon on the second day, nearly 1,500 out of more than 7,000 registered voters had cast their ballots. – Reuters

As cash from Gulf dries up, families fret 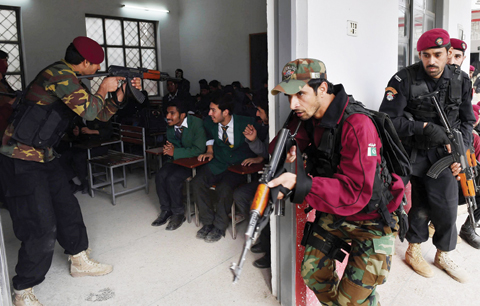 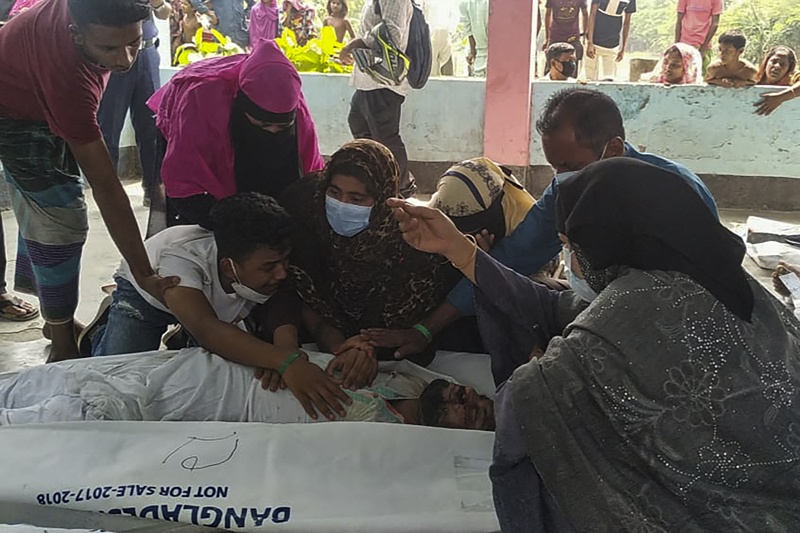 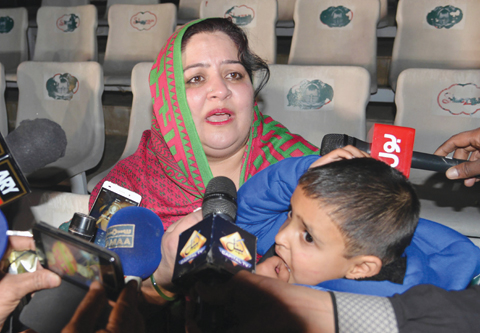 Pakistan thanks India for reuniting Kashmiri boy with mother 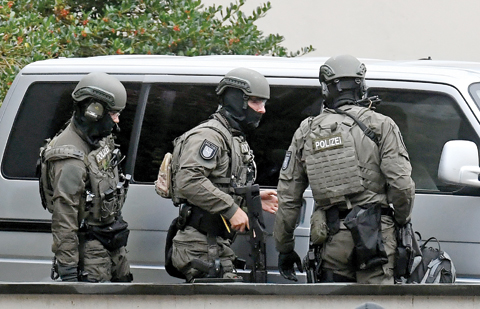