JALALABAD: A suicide bomber drove a vehicle loaded with explosives into a base for Afghan defense forces in the country’s east yesterday, killing at least eight security personnel in an attack claimed by the Taleban. The pre-dawn assault took place in the restive province of Nangarhar where the Taleban have claimed several deadly assaults targeting government forces. It came two days after the Pentagon said the Taleban were not living up to promises made in a deal signed with Washington last year, including reducing violence and cutting ties with Al-Qaeda.

The eight were killed when the bomber hit the base with a Humvee, the office of Nangarhar’s governor said in a statement. The deputy head of Nangarhar provincial council, Ajmal Omar, confirmed the attack but put the number of dead soldiers at 15 with five wounded. Taleban spokesman Zabihullah Mujahid said his group had carried out the attack.

The governor’s office said security forces had seized another vehicle loaded with explosives near the city of Jalalabad, the capital of Nangarhar. Nangarhar province has seen several recent deadly attacks carried out by the Islamic State. Separately, two roadside bombs exploded in Kabul on Saturday but there were no casualties, police said. Violence has surged across Afghanistan even as the Taleban and government engage in peace talks that began in September. The discussions have so far failed to make any major breakthrough.

Meanwhile, Afghanistan’s President Ashraf Ghani urged the new US administration to step up pressure on the Taleban and not rush to withdraw more troops. Ghani said the Taleban have failed to live up to conditions agreed in their February 2020 deal with the United States to reduce attacks in Afghanistan and sever longstanding ties to Al-Qaeda. “The United States and NATO must take a very strong stand on the conditions-based approach,” Ghani said in an online address to the Aspen Security Forum.

“They signed an agreement; that agreement now needs to be implemented.”
Even though Taleban and Afghan government negotiators opened peace talks in Doha last year, violence in Afghanistan has soared. Ghani said the Taleban must admit to attacking government forces and conducting a string of assassinations of public figures.

The Taleban exploited former president Donald Trump’s rush to pull US forces from Afghanistan to continue attacking government forces, Ghani suggested. After the US-Taliban deal last year, US officials assured Kabul “there will be a ceasefire or a very substantial reduction of violence,” Ghani said. “Instead, violence has peaked,” he said. And rather than pursuing peace talks in good faith, “the Taleban are finding one excuse after another not to meet.”

‘They will not let go’
Ghani said he spoke with new US Secretary of State Antony Blinken on Thursday and was assured that President Joe Biden’s administration would review matters by sending a new team to Afghanistan, and would consult more closely with Kabul. “We couldn’t be more pleased with the early focused, systematic attention and a dialog between two partners that have mutually sacrificed and have a mutual interest,” he said. The Taleban believe they defeated the US and that NATO forces in Afghanistan are “on the run”, Ghani said. “Now, robust diplomacy and a stand on conditions-based approaches will enable us all hopefully to resume meaningful discussion,” he added.

The United States has about 2,500 troops in Afghanistan, down from close to 13,000 a year ago. In the Trump administration’s withdrawal deal with the Taleban, the US was supposed to pull all troops out by May 2021 in return for security pledges from the insurgents. Ghani said US forces need to remain, without specifying how many. He said he expected Biden to make “the right decision.” “NATO without US enablers cannot continue its mission,” he said. If the “Taliban release that they can prevail through violence, they will not let go,” he added. “A combination of presence, plus diplomacy, bringing US tools of power in a concentrated manner…. would be extremely crucial to our success.”

In separate comments, White House National Security Advisor Jake Sullivan said the Biden administration supports the framework for an Afghanistan peace deal established in the US-Taleban agreement. He said the administration is “taking a hard look” at how much the Taliban is meeting the conditions it agreed to-on reducing violence, cutting ties with Al-Qaeda, and genuinely negotiating with the Kabul government. – AFP 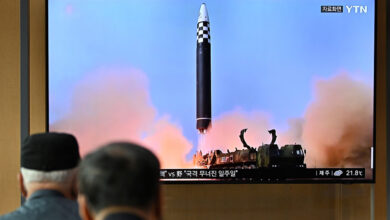 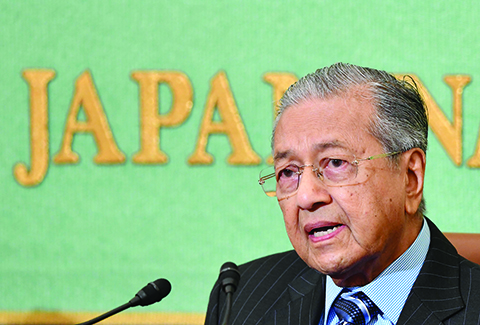 Malaysia wants to be friendly, not indebted, to China: Mahathir 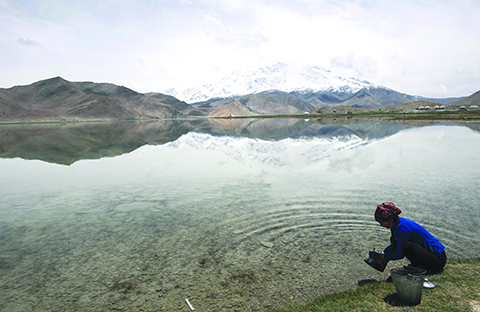 In-form Ibrahimovic at the double as United soar