BRUSSELS: The EU turned the screw on US tech giants yesterday, ordering Amazon to repay Luxembourg 250 million euros in back taxes and taking Ireland to court for failing to collect billions from Apple.

The two cases are part of a wider offensive by the EU on Silicon Valley behemoths as Europe seeks ways to regulate them more tightly on issues ranging from privacy to taxation.

“Luxembourg gave illegal tax benefits to Amazon. As a result, almost three quarters of Amazon’s profits were not taxed,” Vestager said in a statement. The tax demand comes a year after the hard-charging Vestager ordered tech icon Apple to repay 13 billion euros ($14.5 billion) in back-taxes to Ireland in a decision that shocked the world.

Vestager’s announcement comes days after the EU said at a special digital summit that it was drawing up a special tax targeting Google and Facebook, a policy championed by French President Emmanuel Macron. Vestager denied that the cases singled out tech giants from the US.

“It’s not about the nationality of the companies. I take it very seriously. No bias, no matter your flag,” she said.

‘Extremely disappointing’
Ireland said the referral to the EU court was “extremely disappointing”, calling the decision “wholly unnecessary”. For its part, Amazon sharply rejected the allegations, arguing that it employs 1,500 people in Luxembourg and that its business remains unprofitable in Europe.

“We believe that Amazon did not receive any special treatment from Luxembourg and that we paid tax in full accordance with both Luxembourg and international tax law,” it said in a statement, adding that it would study its legal options. Launched in 2014, the European Commission’s probe into Amazon’s deals with Luxembourg was part of several investigations into sweetheart tax arrangements between major companies and several EU countries. The Amazon case hinges on the belief that a tax deal between Luxembourg and Amazon in 2003 constituted illegal “state aid”, giving the company an unfair advantage over competitors.

The arrangement, which has since been discontinued, “enabled Amazon to shift the vast majority of its profits from an Amazon group company that is subject to tax in Luxembourg to a company which is not subject to tax.” The latter was an “empty shell” with no employees, no offices and no business activities, the commission said.
Once found at fault, a country must recover the amount granted in illegal state aid, potentially a huge amount of money given that some of the tax deals date back many years.

Juncker questions
Many of the Brussels probes came in the wake of the “Luxleaks” scandal which revealed details of tax breaks given by the wealthy duchy to dozens of major US firms. The revelations came as a particular embarrassment for European Commission President Jean-Claude Juncker, who was prime minister of Luxembourg at the time when the tax deals were made.
In similar cases against tax deals for coffee-shop chain Starbucks in the Netherlands and Italian automaker Fiat in Luxembourg Vestager ordered both companies to pay roughly 30 million euros.

But Vestager’s biggest decision by far was against Apple in Ireland, which shocked Washington. The iPhone maker, as well as Ireland, have appealed the decision. Under Vestager, the European Commission has taken the lead in questioning the dominance of US tech giants. In June, the EU slapped Google with a record 2.4-billion-euro ($2.8-billion) fine for illegally favoring its shopping service in search results. But there are signs politicians are now following her lead, with Macron leading the charge in a landmark speech last month on his vision for the future of Europe after Brexit.

Macron called for a new type of tax on technology giants like Facebook and Google based on how much value they create in a country rather than the profits, and has also proposed a single corporate tax band for all EU countries by 2020.
Juncker announced at the EU digital summit in Tallinn last week that he would propose the new tax on internet giants next year, despite opposition by low-tax states like Ireland and Luxembourg. – AFP 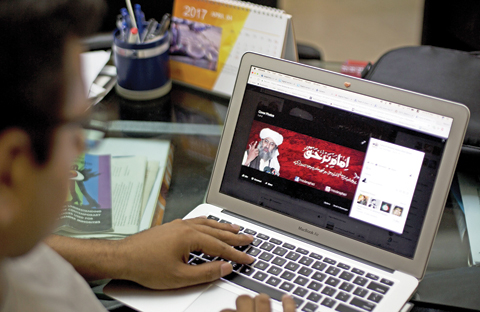 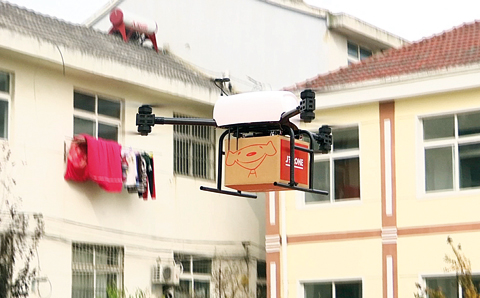 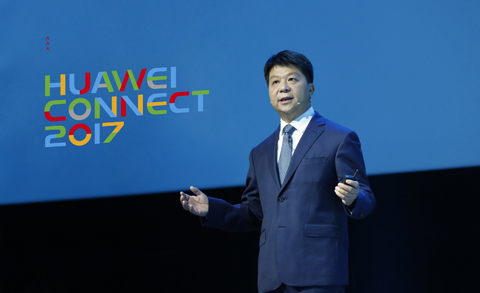 ‘Cloud’ is the future and power of businesses 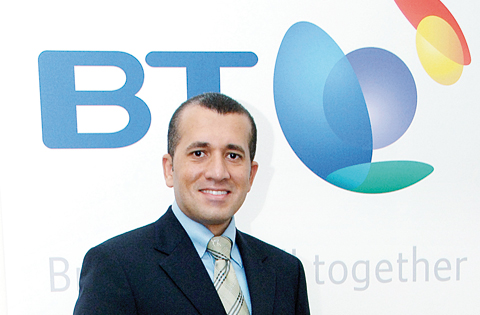 Tawasul Telecom teams up with BT