PARIS: A patchwork of national restrictions and a reluctance among travellers to cross borders mean European airlines face a bumpier return to the skies from coronavirus lockdowns than US and Asian rivals.

After almost three months of bleeding cash as air travel was brought to a virtual halt, airlines are returning to service or announcing more flights.

But while US and Chinese domestic markets are starting to recover, the prospects in Europe look shakier. “In comparison to every other part of the world, it’s lagging,” aviation analyst John Grant said of Europe during a recent presentation by industry data and analytics firm OAG.

Wariness of foreign travel weighs more heavily on European airlines, whose domestic markets are smaller and less profitable than US and Asian rivals’, and more exposed to rail and road competition. They must also contend with a variety of European restrictions, including Britain’s 14-day quarantine, which has prolonged the slump on contested health grounds.

That contrasts with larger unified markets in Asia and the Americas. In Brazil and India, domestic operations are picking up despite COVID-19 rates still growing faster than Europe’s. Even shorter European trips put you in “a different country, with a different language and where you don’t know how the health system works,” said Joao Pita, head of airline business at Sao Paulo’s Guarulhos airport. “That’s different from domestic Brazil or domestic China.”

“We’re focusing on the performance of the flights and to make sure that we have flights where the Belgians want to fly,” Brussels Airlines CEO Dieter Vranckx said. The problem is, many Belgians don’t want to fly anywhere much.

Among the 63 percent of Belgians still planning a 2020 holiday, the new top destination is Belgium, according to a survey reported by travel newsletter Pagtour. Runners-up France and the Netherlands are accessible by road or rail.

Despite the pared-down food service and mandatory masks on board, avoiding planes may not be the main concern. Consumers in France are more interested in flying nine hours to the country’s Caribbean territory of Martinique than in a short hop to Spain or Italy, according to Google search data described to Reuters by an airline sales manager.

“Their thinking goes, ‘At least if I’m in a French overseas territory the government will have some obligation to look after me. I can turn up to a hospital and be served as if I’m in Paris,’” the manager said.

That spells bad news for all but a handful of European departures operated by the likes of Air Caraibes or Air France. For European carriers forecast to lose $21.5 billion this year, a return to service promises no swift return to profit, with many flights expected to run below two-thirds full. The hope is to burn less cash in the air than on the ground.

The European sector is on course for a negative 14.3 percent return on invested capital this year, compared with projected deficits of 12.7 percent for Asia and 10.5 percent for North America, according to global airline body IATA.

Behind the relaunch publicity, airlines are still making schedule cuts that go deeper in Europe, experts say. Undersold flights are cancelled at least two weeks before departure, when passengers gain compensation rights. Global schedules for this week have been reduced by 28.5 million seats to 40 million since late May, according to OAG. Western European capacity was slashed from 17.8 million seats to 3.9 million as rebound hopes receded.

“We’re keen to publish capacity because our messaging to the market is that none of us are blinking,” said one executive at a major European airline. “We don’t want rivals to think they can add more capacity in our key markets,” he added. “Everyone’s playing that game at the moment – then we cancel if we see very poor bookings.”

Competitive pressure on fares may bring more pain as pent-up demand for travel thwarted by lockdowns is exhausted. Ryanair CEO Michael O’Leary expects a price war, and many analysts agree. Fares for July-September are down 7 percent year-on-year from Britain, 8 percent from France, 10 percent from Italy and 12 percent from Germany, according to Airbus-owned Skytra, which offers pricing data and risk management to airlines. “Countries that are further along with the lifting of restrictions actually have the cheaper pricing,” the firm’s strategy chief Matthew Tringham said. “Probably because they’re trying to stimulate demand.” — Reuters

China seeks to benefit from sick US assets 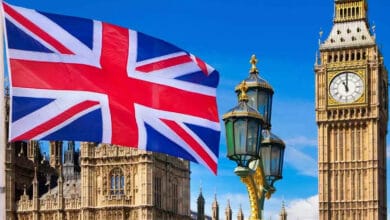 UK economy shrinks for second month in a row 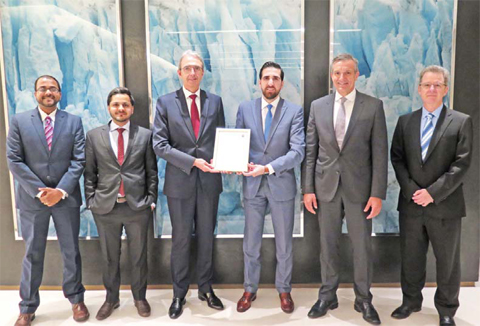 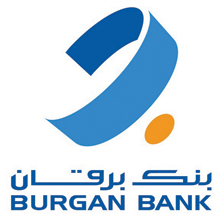