GAZA: With empty streets and drawn curtains, Gaza feels like a ghost town. Its residents-tested by repeated wars-feel like they are living the same scenes again and again. Before Zionist entity launched its “pre-emptive” strikes on militants in the Gaza Strip, the Palestinian territory was enjoying a summer unlike any other in recent years.

Gaza’s beaches, long deemed too polluted with waste water for swimmers, had been declared mostly usable again, allowing Palestinians swimmers and surfers to rediscover the joys of the sea. All that came to an abrupt halt on Friday when Zionist entity again bombarded the territory, citing threats from Islamic Jihad militants.

“We were living in peace and suddenly the bombardment began,” said 40-year-old Mohammed Hamami. “Enough! Enough!” he exclaimed. “Each month or each year there is a war.” There have been four conflicts since 2007 between Zionist entity and armed groups from Gaza. The beach promenade, one of the impoverished and overcrowded territory’s rare leisure spots, crowded less than 24 hours earlier, was desolate on Saturday.

Street vendors stayed home and cafes were closed. Fifteen months after the last conflict between Zionist entity and armed groups in the territory brought devastation to countless Gazans, Hamami said he was “surprised” that Zionist entity had attacked again.

Zionist entity’s army said its latest campaign was targeting militant sites and fighters, estimating that 15 combatants had been killed. Palestinian militants retaliated with rocket fire. The Hamas-run health ministry has reported 13 deaths from Zionist entity’s fire including a five-year-old girl, Alaa Kaddum. Her father carried her at her funeral, with a wound on her forehead and a pink bow in her hair. More than 110 other people have been wounded, the ministry said.

For Gazans, the long night and second day of Zionist entity’s strikes stirred familiar and unwelcome emotions. “This latest escalation brings back images of fear, anxiety, and the feeling that we are all alone,” said Dounia Ismail, a Gaza City resident. The incessant explosions and air strikes had kept her up all night, she said.

“It has become a habit for Palestinians in Gaza to prepare a survival bag, which contains a few important things, like photos, documents and some money and medicine,” in case they have to flee their homes, said Ismail. “I hope this escalation won’t turn into a bigger conflict and I hope the Egyptian mediation will restore calm.”

In Jabalia, in Gaza’s north, Fouad Farajallah inspected what remained of his home, hit by a Zionist strike on Friday. The living room had turned into a mass of sheet metal and rubble, the fan dangling from the ceiling. “I was sitting here on the sofa, with my wife and children, and suddenly it all fell on us,” he said. “My wife broke her hand and my son was wounded by shrapnel.” Even when silence appears to return between bombardments, something else fills the air: the buzzing of Zionist entity’s drones. – AFP

In New York, a native tribe fights to save land from climate change 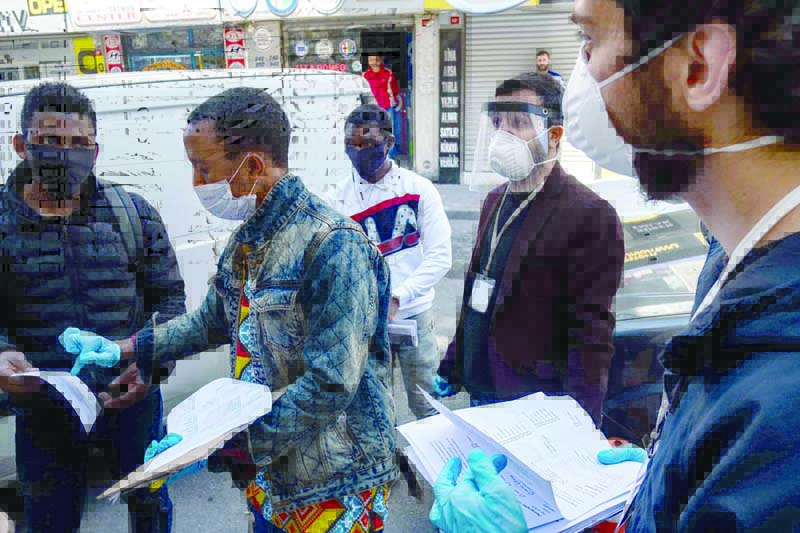 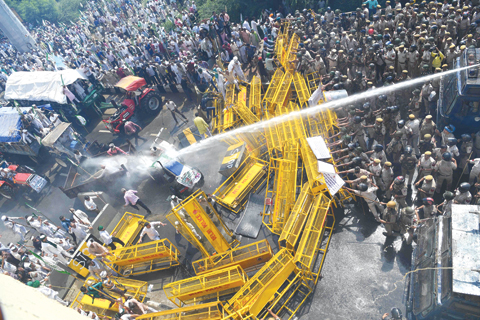 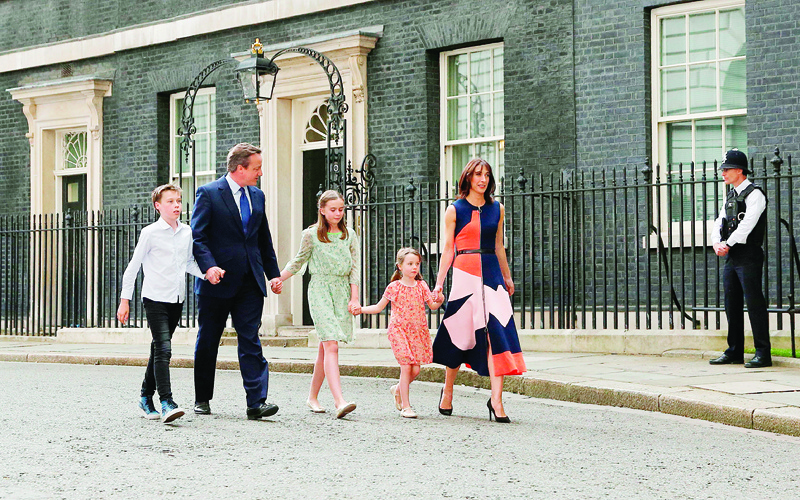 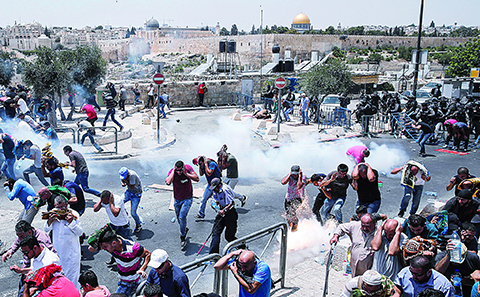