KUWAIT: A security source said Farwaniya police have determined the identity of an Arab woman wearing a veil who committed seven thefts as reported, but sources believe there may be more thefts that victims did not report because of embarrassment. Farwaniya police station investigator received a complaint from an Egyptian over sexual molestation and theft, who added the suspect is a beautiful woman. The source said the woman gets in lifts with expats, then when the door closes, she removes her veil and rushes towards the victim and kisses him along with other acts, stealing his wallet in the process. When the door opens, she asks the victim to forget what happened. The sources said several expats gave similar accounts. Detectives are in the process of arresting the woman.

Fatal accident
A citizen was killed and another was injured when their vehicle flipped over in Kabd. Police and paramedics arrived at the scene and found an SUV flipped over on the side of the road with a female citizen who was dead, and a man who suffered fractures. He was taken to Adan Hospital, while the woman’s body was recovered by the coroner.

Drug dealer caught
A citizen told Farwaniya Security Director Brigadier Saleh Al-Enezi that an Arab expat sells drugs to his son. A police team went with the citizen’s son, who called the expat and asked for drugs, and they met near a cooperative. The suspect was arrested during the exchange, and was sent to the Drug Control General Department (DCGD).

Drunk man arrested
Jleeb Al-Shuyuikh police arrested a Nepalese man in an open sand yard in an abnormal condition. He had two large water bottles, two jerry cans and three painting buckets. The man works as a painter, and told police he cannot work unless he gets drunk.

Scam
A citizen was convinced by an Egyptian man to get into business with him, so he gave him KD 7,000 and waited for the project to start. But the Egyptian disappeared, so the citizen went to Fintas police station and lodged a complaint. Detectives are investigating. – Al-Anbaa and Al-Rai 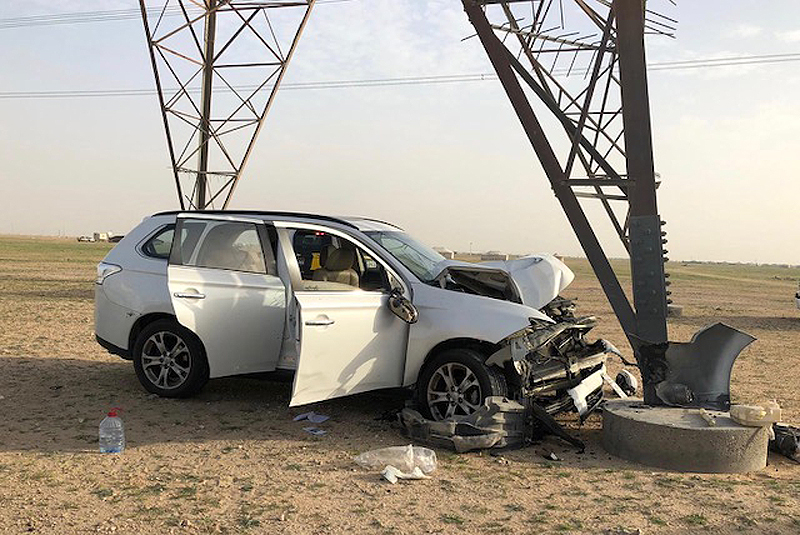 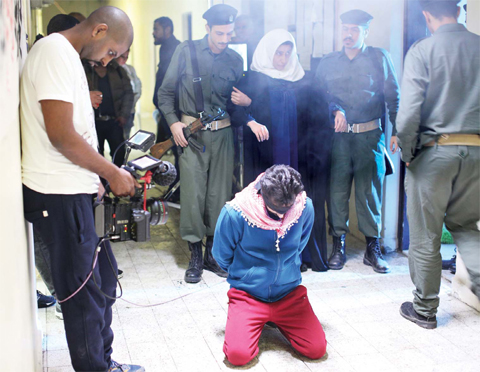