KUWAIT: The Cabinet on Monday decided postponing moving into the fifth phase of resuming normal life activities until further notice. The Cabinet blamed the increasing number of new cases of COVID-19 to negligence, not following health precautions and the recent increase of gatherings and crowding, Arabic daily Al-Rai reported yesterday. The Cabinet also urged relevant bodies to activate precautionary measures to limit the spread of infections and ensure the safety of citizens and residents, especially after specialized observers expressed fears that the current state of laxity might lead to re-imposing a partial curfew.

Notably, activities that are still banned and were scheduled to resume in the postponed fifth phase, including full-capacity staff, family gatherings and celebrations, wedding ceremonies, exhibitions, cinema and theatres, while some other activities were allowed to resume ahead of schedule at the beginning of phase four on Aug 18. Moreover, with the total numbers of COVID-19 infections in Kuwait approaching 100,000, the Ministry of Health (MoH) warned that health indicators show that Kuwait is still in the first wave and that the second one might possibly start unless people respect preventive measures.

Grade 12 students
In other news, the Ministry of Education (MoE) announced that yesterday was the final date to input grade 12 students’ grades in the system, online classes will continue today and tomorrow, and graduation certificates will be distributed on Sunday, Al-Anbaa Arabic daily reported.

In this regard, MoE undersecretary Osama Al-Sultan notified all educational zones that the grading system will be closed by the end of working hours yesterday and instructed all school directors to make sure the final grades are entered and online classes continue till Thursday, September 17.

Meanwhile, MoE hailed the parliamentary proposal made by MP Osama Al-Shaheen to exempt one of the students’ parents from going to their government work in order to stay home and supervise their children during the online learning process. 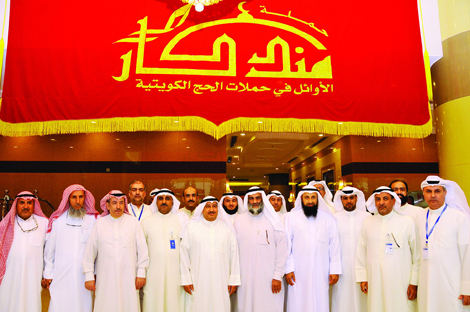