KUWAIT: The women’s table tennis team at Fatat Club won the open title for 2021-2022 Wednesday, giving it a triple crown, as besides this win they also won in the singles and doubles categories. The tournament began Saturday at Salwa Al-Sabah Club Hall in Qurain with the participation of Al-Arabi, Salwa Al-Sabah and Fatat. Salwa Al-Sabah came second and Arabi was third. In the under-13 category, Salwa Al-Sabah team won first place, Fatat were second and Oyoun third.

Competition in the singles open category was strong, but Fatat players proved to be up to the task and took the top three places. Mariam Baroun won gold, Minwa Al-Shimmari won silver and Sheikha Al-Hamad won bronze. In the singles combination for juniors and youth (under-15 and -18), Salwa Club players Jana Abdallah and Dhuha Al-Khaled won first and second places, while third place went to Fatayat Al-Oyoun player Ameera Faraj. 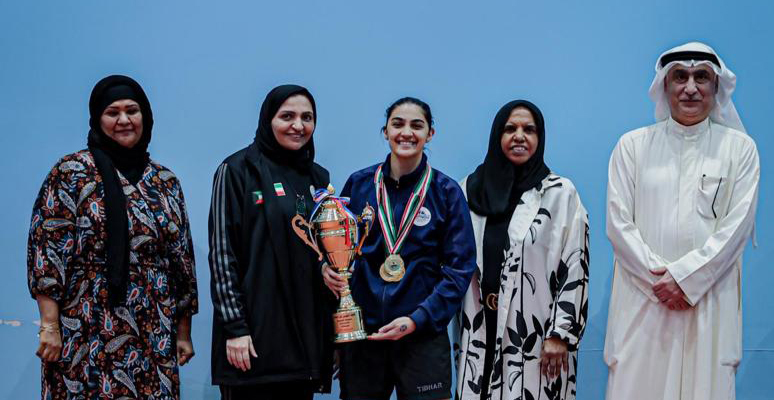 Chairwoman of the women’s committee at the Table Tennis Federation Khalid Al-Ali lauded the cooperation of all clubs, adding that the league matches are going on in the best way possible. She also commended the cooperation of the federations board headed by Ali Al-Dabbous. She said the second edition of the league witnessed strong competition. “We were happy to see several talented players displaying high-quality levels, and they may join the national team soon,” she said.