TOKYO: Ygor Coelho grew up avoiding bullets in his Rio favela-now his exploits on the badminton court are inspiring Brazilians to pick up a racquet and try the sport themselves. Coelho learned to play badminton on a dirt court set up by his father and it took him all the way to the Olympics in Rio in 2016 and again five years later in Tokyo.

Now the world number 51 has established himself at badminton’s top table and he says more people in his football-mad nation are aiming to follow in his footsteps. “I can see now a lot of kids,” the 25-year-old told AFP after taking Indonesian world number six Anthony Sinisuka Ginting to three games before losing in the first round of the world championships in Tokyo on Monday. “They are very motivated to play with the best players in the world. They can see that even though I came from the favelas, they can achieve this dream.”

Coelho’s PE teacher father Sebastiao Dias de Oliveira started a badminton program in the drug-plagued Chacrinha favela in the late 1990s. He used samba dance steps to develop the players’ footwork and his son Ygor progressed quickly after taking up the sport at the age of three. Many of his friends died or got mixed up in drugs but Coelho persevered and became Brazil’s first-ever Olympian in badminton at the 2016 Rio Games. Now he lives in Denmark and has trained in France and Asia-something once unthinkable for a Brazilian badminton player.

Coelho was unable to finish off Ginting when he had him on the ropes on Monday but he said he is “ready to take one step ahead” in his development as he looks towards the 2024 Paris Games. “I hope I can qualify for the Olympics and if I work hard enough I can get out of the pool and try to win an Olympic medal-that’s my dream,” he said.

Coelho’s 13-21, 21-15, 21-12 defeat to Ginting did nothing to dampen his mood, with the good-natured Brazilian even teaching his opponent a few samba steps after the match. Coelho believes samba is the perfect training for badminton and helps develop a player’s rhythm and agility. “Dance has a lot of similar things to badminton-we dance on court,” he said. “I think it helps me to get rhythm and play at different speeds and movements.”

Coelho is also a football fan and “a strong believer” that Brazil will win the World Cup for a sixth time this year in Qatar. But he will be happy if badminton can steal just a fraction of football’s limelight back home. “A few years back, when I was at school, people didn’t even know it was-now people know what it is,” he said. “They could see it in Rio at the Olympics and now they can sometimes see it in the news. I can see it developing.” – AFP 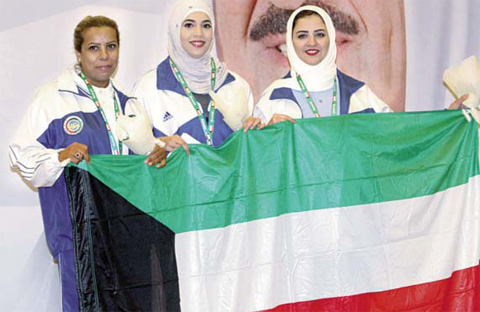 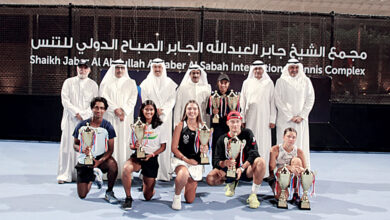