KUWAIT: As per the mission statement of Abolish Article 153, the article in question stipulates that if a man catches a female member of his family in an “unsavory sexual (zina) act with a man and kills her or him or both, [it] will be treated as … a misdemeanor punishable by a maximum of three years jail time and/or a fine of 3000 rupees (KD 14).”

Abolish Article 153 was born to educate members of our society of this law and to eradicate it. This year, the initiative was awarded the prestigious Chaillot Prize 2016 for Human Rights in the Gulf Cooperation Council. The founding members are (in alphabetical order): Dr Alanoud Al-Sharekh, Amira Behbehani, Lulu M Al-Sabah, Sheikha Al-Nafisi and Sundus Hamza.
Here, Dr Alanoud addresses questions on behalf of all the members.

Kuwait Times: What a noble initiative! We were so ignorant of this article prior to the inception of Abolish Article 153. How did you find out about it, first and foremost?
Al-Sharekh: I was conducting research on discrimination in Kuwaiti laws in 2006 – in order to motivate women to become more politically active (following the gaining of full political rights on May 16, 2005) – and was shocked to find that such a law existed in Kuwait.

Raising awareness
KT: The members of Abolish Article 153 have traveled across the globe to seek support and raise awareness of this campaign. Recently, it even reached the United Nations. Do you feel you are any closer to success in eradicating this antiquated law or are more obstacles being presented as you gain recognition?
Al-Sharekh: We are definitely gaining recognition, most importantly in our own parliament, where a bill to abolish article 153 was presented in May. There seems to be a universal movement to eradicate these laws now, and over the summer, three Arab states abolished the “kidnap and marry law”, a Napoleonic throwback similar to 153, and one that we also have as a law in Kuwait. So we are with the tide despite some resistance.

KT: How has our parliament responded?
Al-Sharekh: We have been lobbying for the past three years, and for the most part, our MPs have been sympathetic and willing to help. In this session, it took a group of younger parliamentarians to take a stand against this embarrassing legislation.

KT: Many women are afraid of ruining the reputation of their families. Is there a way to remove the stigma associated with reporting abuse?
Al-Sharekh: I think this will take a twofold approach – first by introducing legislation that deals with domestic violence and sexual harassment, which we currently lack in Kuwait, while simultaneously raising public awareness through campaigns and social outreach programs.

Public assistance
KT: As mentioned on your website, Article 153 “… is in blatant disregard of the constitution, international agreements on human and women’s rights and even the Islamic sharia.” Though the article is in place, you have given us all hope that it will be eradicated. How can the public assist you in your cause?
Al-Sharekh: By demanding from their elected representatives a change in attitude. We cannot be complacent in allowing social and legal practices that disempower women to flourish. This should be a universal issue and we want the UN to take a definitive stand banning all honor killing legislations. Concerned citizens around the world can help us lobby for our cause, in order to stop violent legislations and the weak justifications for murdering female kin.

KT: And, finally, you have hosted many progressive workshops including a training session for effective campaigning. In addition, you have used art and poetry to raise awareness for the plight of women. There is also an important symposium on November 14. Can you tell us a little more about this upcoming event?
Al-Sharekh: We believe that advocacy is the way to change policies, and this is of utmost importance when it comes to ending violence against women. When we as voters fail to make these demands on our elected representatives, we allow other repressive voices to set the agenda for us. That’s why we chose to make the intersection of advocacy and politics – where ending violence against women is our main theme for our second annual symposium. We have amazing women speakers from Saudi Arabia, Lebanon and Georgia who have made huge difference in the fight against gender-based violence in their own countries. And from Kuwait we have MP Omar Al-Tabtabaei and Dr Ghanim Al-Najjar, who will be highlighting how to overcome local obstacles and instigate positive change.

Foster families on rise in Kuwait 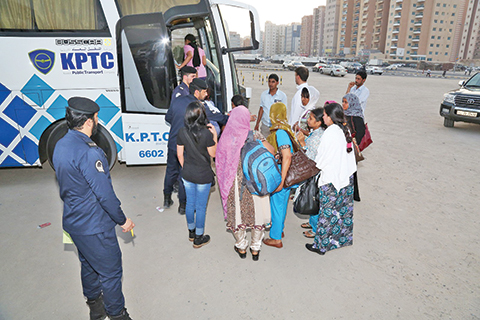 More than 200 arrested in Mahboula crackdown 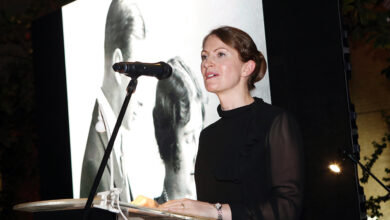 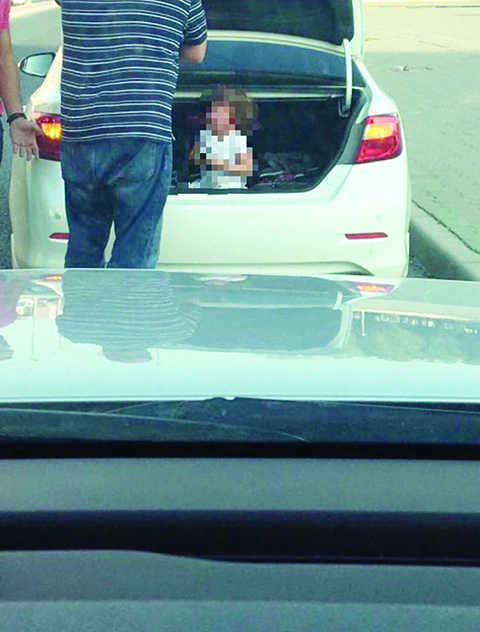 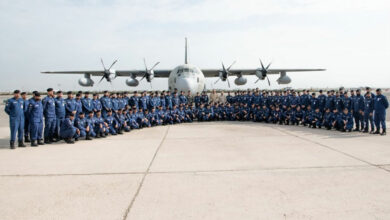