Embassy officials concerned by no-shows at the airport

KUWAIT: Despite an offer of free tickets to all undocumented Filipinos, many have opted to stay and there have been some no-shows at Kuwait International Airport too. “I want to go back home but I have financial responsibilities in the Philippines,” said Cynthia, not her real name. “If I go back home, how can I provide for my family? I have three kids and I am a single mother,” said Cynthia, who was cleared to leave Kuwait a few days after submitting an application at the embassy. However, on the day of her flight, she decided to back out and did not go to the airport.

The Philippines Embassy admitted that despite free air tickets, 203 Filipinos who applied during the amnesty and were cleared by the immigration authorities did not show up, resulting in a big loss, as the tickets were booked and fully paid by the Philippine government. Embassy officials said many people applied during the amnesty in the hope they could come back under a new sponsor. However, with the current labor-related problems with Kuwait, returning to Kuwait is not possible, as President Rodrigo Duterte has banned all new Filipino workers from heading to Kuwait. Duterte is expected to visit Kuwait for bilateral talks soon.

“Out of the almost 3,000 undocumented Filipinos sent home under the amnesty program of the Kuwaiti government, 203 did not appear on the scheduled flight date,” said Vice Consul Charleson Hermosura. “I am particularly concerned about the number of no-shows on the day of their flights at the airport. We are talking about millions of pesos in losses here – flights and seats have been paid for, and we cannot get a refund. My advice to all those availing of the amnesty is to take it and leave Kuwait, or else legalize your status here,” he said.

Reported deaths
The total ban on Filipino workers was triggered by the death of Filipino housemaid Joana Demafelis, whose body was found inside a freezer in a Maidan Hawally apartment and the deaths of seven Overseas Filipino Workers (OFWs) in a span of two months, which were reported and verified by Kuwaiti authorities. “If I go home without any assurance that I could come back, then I better stay. Anyway, I have lived in Kuwait for many years and I am safe here, so I am willing to gamble to work,” said Cynthia.

She has been working as a seamstress at a dressmaking shop in Hawally governorate. “I am safe here. No one is bothering me when it comes to my visa. I want to go home, but what if the ban remains for years,” asked Cynthia. “My accommodation is just across the shop where I work. I don’t go out much, so I’m staying for now,” she said.

The Philippine’s department of foreign affairs has sent a 10-member team to help process the documentations and repatriations of their countrymen. The team is headed by Alexander J Riosa, who also expressed frustration that people who applied for the amnesty failed to show up at the airport. “We are really thankful to the Kuwaiti government for this opportunity for our people to leave without being penalized. However, there are some sad stories and experiences shared with us. But we are happy that we can help and assist our countrymen,” Riosa said.

Underwhelming results
The interior ministry extended the amnesty for residency violators for two more months as the results of the initial period were not as good as hoped for, as only 10-15 percent of illegals benefited from it. Security sources quoted in a report published by Al-Rai yesterday expressed doubts over the benefit of extending the period, as results show that some workers do not really want to correct their status and leave the country.

While the interior ministry considers the amnesty extension as a reflection of Kuwait’s humanitarian approach towards those who live in it, the ministry did not give reasons for the low percentage of those who took advantage of the decision. The sources said that the interior ministry does not have answers, as the decision provided major concessions to violators in order to correct their status or leave the country without having to face legal procedures or pay fines. Despite this, the percentage of beneficiaries is very low compared to the number of registered violators at the ministry, which is around 154,000.

“The interior ministry aims at giving the largest possible number of residency violators time to take advantage of the grace period, be it to leave or correct their status,” the sources said. They added that the ministry also extended the period to counter those claiming they had no knowledge of the decision, and to keep some embassies that demanded an extension in check, as they claim they want to send violators residing in their shelters back to their countries.

The results of the initial period the interior ministry gave to violators to leave the country without having to pay fines show that around 15-20,000 had left, which is no more than 13 percent of the number of illegals, although the ministry had hoped 100,000 out of 154,636 violators would leave, Al-Rai reported. 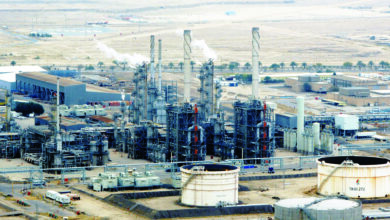 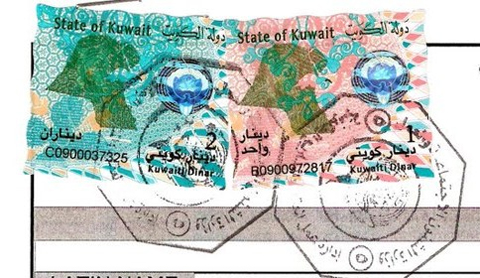 Visit visas to be issued to 7 restricted nationalities