KUWAIT: A huge fire broke out in the early hours of yesterday in a foodstuff warehouse in Rai over an area of 2,000 sq m, including a basement and two floors. Security sources said six fire teams were dispatched to the scene where they managed to contain the flames and prevent the fire from spreading to adjacent buildings. No casualties were reported. Security sources added that various safety violations were detected in adjacent stores and warehouses and that some of them were closed down.

GCC Security 1 drill
The head of Kuwait’s delegation due to take part in the GCC Security 1 drill in Bahrain in November, Brig Waleed Ahmed Al-Saleh, his accompanying delegation and the heads of other delegations taking part visited the venue of the exercises, where they examined the construction, field facilities and preparations made for the drill.

Project inspection
As part of its efforts to inspect various development projects in Kuwait, a KFSD delegation visited the Sabah Al-Salem Academic City to check the progress of construction and ensure safety measures are fully observed at the site.

Car accidents
A 37-year-old citizen broke his leg in a car accident along Balajat Street. Another 46-year-old citizen broke his right arm in a collision along Sixth Ring Road. Meanwhile, a 41-year-old citizen was rushed to Jahra Hospital with chest and head injuries he sustained in a traffic accident in Abdaly. Also, four citizens (aged 23-29) were injured when their vehicle turned over along Maghreb Expressway, said security sources, adding that their injuries varied between spinal fracture, wounds and head injuries. 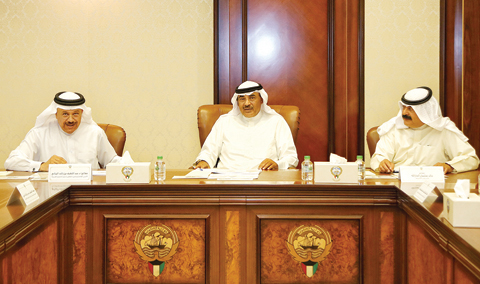 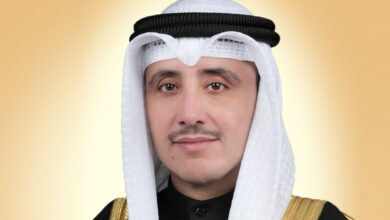 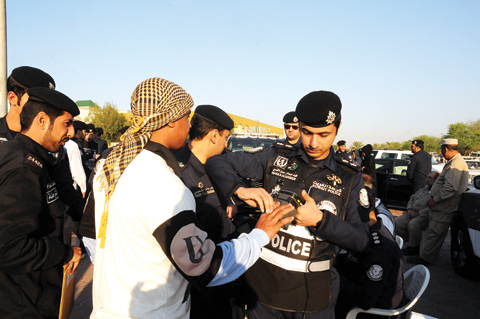