KUWAIT: In response to EPA’s report about the fish death investigation results, Kuwait Fishermen Union issued a statement yesterday they criticized EPA’s deputy director for technical affairs Mohammed Al-Enezi’s for reiterating blame on fishermen for the disaster, although experts had stressed that the main reason was seawater contamination resulting from sewage water and industrial waste draining into the sea.

“Enezi is still blaming fishermen without any proof although he knows that the dead fish were found in Kuwait Bay, which is a no-fishing area,” said the statement, urging Enezi to define the ‘fishermen’ he referred to and who he accused of dumping unwanted and unsellable catches off Doha. “He has to explain whether he meant professional or amateur fishermen or picnickers,” the statement added, accusing Enezi of working on expelling fishermen from Al-Shamlan Harbor; a strategic commercial fishing site in Sharq, regardless of their losses and abusive treatment, represented by EPA’s filing of 180 citation tickets to boats docked in the harbor in one day. The union stressed that EPA had finally confessed that there are 50 sewage water drainage outlets into Kuwait Bay.

Prosecution
Municipal Council’s Deputy Chairman Meshaal Al-Jowaisri hailed a decision made by the Minister of Awqaf and Islamic Affairs and Minister of State for Municipal Affairs Mohammed Al-Jabri concerning referring a former assistant undersecretary and other top Public Authority for Agricultural Affairs and Fish Resources (PAAAFR) employees to the public prosecution over charges of distributing ranches in Kabd to people who did not match allocation conditions. Jowaisri added that 18 ranches had been distributed without getting prior approvals, and that the issue was investigated by the anti-corruption authority, which found the prosecuted officials guilty of profiteering.

Separately, Municipal Council member and head of the technical committee Fahd al-Sane’ urged PAAAFR Director Faisal Al-Hasawi to investigate reports about Saudi Arabia imposing a temporary ban on importing poultry from Kuwait over suspicions of avian flu infections. Sane called for a daily check of all Kuwaiti poultry products including chicken and eggs and notifying consumers in case of detecting any infections.

E-linkage
Kuwait Municipality’s public relations department announced launching an electronic linkage between the imported foodstuff department and the fruit and vegetable testing lab. Speaking on the occasion, imported foodstuff director Ahmed Al-Daihani stressed that the e-linkage would facilitate swift and confidential exchange of information about the tested specimens.

Trial operation
Minister of Social Affairs and Labor an Minister of State for Economic Affairs Hind Al-Sabeeh stressed that the new automated system at the Public Authority for Manpower will be launched in June. Sabeeh added that the system was experimentally launched in eight major private sector companies and upon her request, it would be implemented in over 100 other companies to make sure it is 100 percent ready. 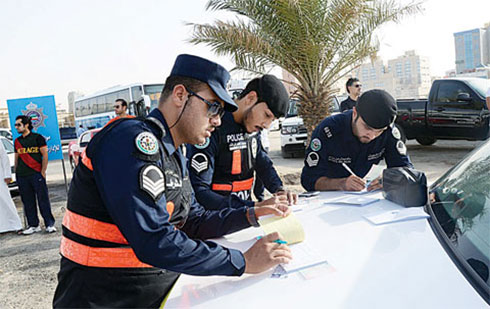 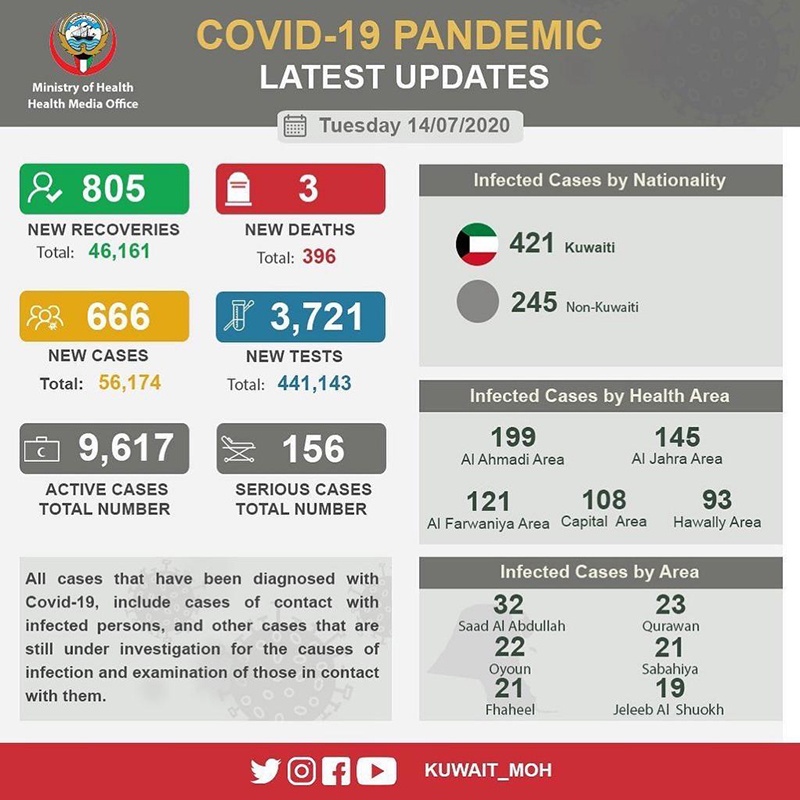