‘Qualification has brought Yemenis together’

ADEN: A “miracle” winning streak has propelled Yemen’s senior and youth football teams to the Asian Cup, catching the war-torn nation’s attention and offering a common goal to a divided country. Qualification is a first ever for the senior team, currently based in Qatar, and a rare achievement for the under-16s who still train in Yemen. “Qualification has brought Yemenis together-they’re doing us proud,” said Ahmed Sabahi, a fan in the southern port city of Aden. “All Yemenis are behind their team,” he said.

The conflict has left nearly 10,000 people dead, tens of thousands wounded and created what the United Nations says is the world’s worst humanitarian crisis, rife with once forgotten diseases like cholera and diphtheria. “We hope the team will honour Yemen and give Yemenis some relief,” said Sabahi.

The senior team beat Nepal 2-1 on March 27, reaching the 2019 AFC Asian Cup to be contested in January-February in the Emirates-for the first time in Yemen’s history.

The U-16 tournament is to take place in Malaysia in September-October. To build the youth team, selectors travelled the length of the country, including war zones and sectors controlled by rival factions. Ranked 125 in the world by the sport’s governing body FIFA, Yemen’s senior team has never won a single match in the Gulf Cup against its neighbours since the competition was launched in 1970.

Yemen’s media used to congratulate the team for an “honourable defeat” if they avoided a hammering. Asian Cup qualification was hailed as nothing less than a “miracle”.

Paradoxically, Yemeni football has benefited from the war, with senior players relocated to a training camp in Qatar, which has the most up-to-date facilities as it builds up to hosting the 2022 World Cup. Abd al-Salam al-Saadi, a coach in Sanaa, sees another key factor: “The players have not been drawn into politics.”

Yemen’s war has left infrastructure, homes, schools and ports in ruins. Dozens of stadiums have been bombed or turned into military camps for various armed factions.

For football fans back home, Yemen’s successful qualification offers a glimmer of hope and a distraction from everyday life in what was the Arab world’s poorest country even before the war.

It has “helped put a smile on the face of Yemeni youths, who need reasons to be happy and to forget”, said Saleh Hanash, another fan in Aden. More than half of Yemen’s 27-million-population are aged under 18. According to the UN children’s agency UNICEF, more than 1,500 children have been killed in the conflict, while hundreds of minors have been recruited into militias.

‘BRING BACK THE SPIRIT’
After a three-year hiatus, football is making a return to Aden, which Yemen’s internationally-recognised government has declared its provisional capital while Sanaa remains in rebel hands.

The national league has been suspended but football matches are being played in the southern port city, with local tournaments organised between districts.

Football in Yemen “doesn’t gather the crowds you see next door in Gulf states”, said Fadel al-Wasabi, one of a handful of fans seated on green plastic chairs as two clubs battled it out on a dirt pitch beside a wall pocked by shellfire.

“Maybe that’s because Yemenis are preoccupied with securing their basic needs,” he said, glancing over at a nearby stadium, bombed out and filled with debris, its stands reduced to a heap of rubble.

Ahmed Hussein Husseini, head of Aden’s main sports organisation, admitted it was a tall order: “In the shadow of war we are trying, as much as possible, to bring back the spirit and adapt our lives.” – AFP 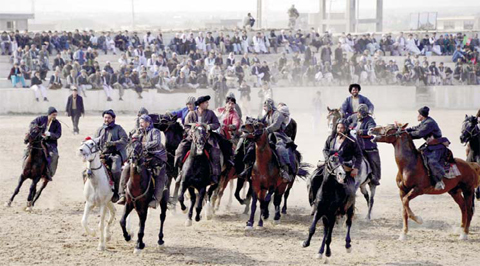 Afghanistan’s ultimate test of manhood: Polo with a carcass 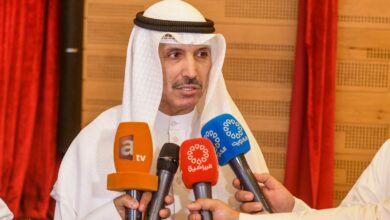 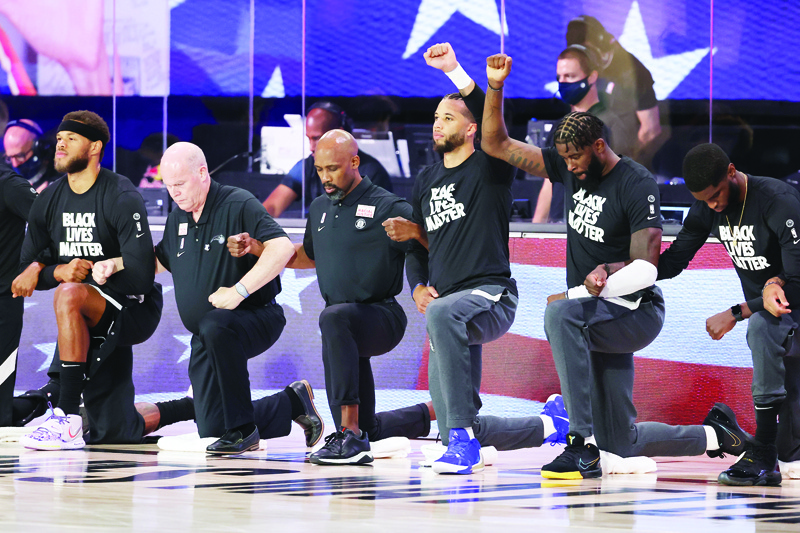 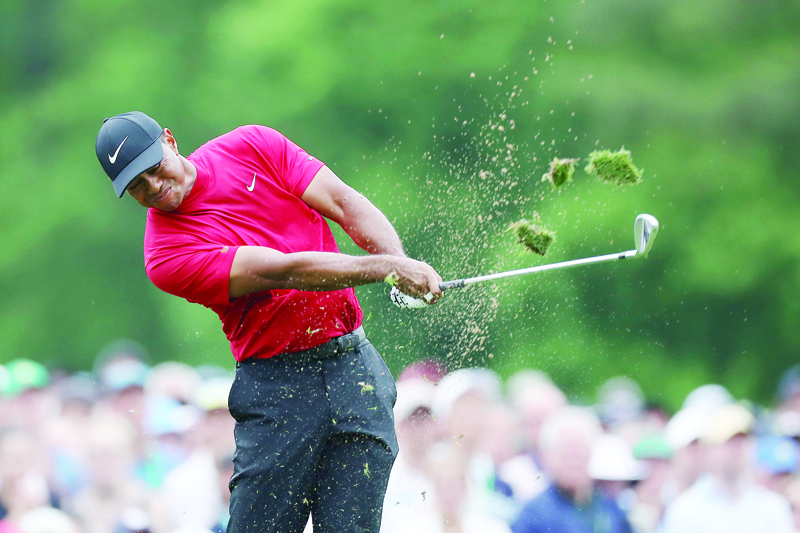