All religions forbid murder and many set extremely harsh punishments for those who break this basic human taboo. But extreme emotions can often override societal taboos, especially in the case of love and violence. Such seems to have been the case recently in Kuwait, when a woman killed her husband’s alleged paramour. In the end, neither will get what they want as the killer will end up in jail and possibly facing the death penalty and the other lady has lost her life.

The killer was reportedly to have said that the woman was destroying her family. The details of this sad affair will now be heard before the court. Violence is never an answer for affairs of the heart. According to the accused she was also beaten by the husband, a fact she blamed on his girlfriend.

Whatever the truth of this particular case, it reflects a sad reality in much of the world and especially in the Arab regions. Women are too dependent on men for their survival. There are few options for women in abusive relationships, almost no support from government or health care authorities and society almost always tends to turn a blind eye. In fact, it’s considered a social taboo to talk openly about domestic abuse – physical, verbal or psychological. And yet many women in Kuwait and elsewhere in there region suffer from abusive relationships.

Kuwait needs to establish a hotline and more support for abused women. It is our right and our duty to protect those most vulnerable in our communities and to provide them sanctuary and support. There have been some efforts in recent years to raise awareness about this important issue in Kuwait but more needs to be done and more concrete actions taken to help women and children living in abusive situations.

A cut above: Indian barber thrives in Kuwait 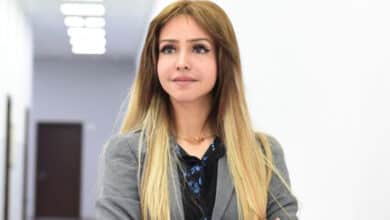 Persons with disabilities; Law and convention

Are we doing enough for Kuwait?