JOHANNESBURG: Beverlyn Nyamakwenje was fast asleep in her home in the east Johannesburg township of Katlehong when she was woken by gunshots. Instructed by her panicked father, the 19-year old Zimbabwean grabbed a few belongings and fled with him to a police station for safety. “We left our bags,” Nyamakwenje said. “We only took two minutes.”

Nyamakwenje is one of around 850 people who have taken refuge in halls set up for foreigners displaced by xenophobic violence in the Joburg region, a municipal spokesman said. The door and windows of her little home have been smashed and the rooms wrecked. Everything inside has been stolen or burnt. She and her father are holed up in Katlehong’s Tsolo community hall, alongside 250 Zimbabweans and Malawians.

More than 500 Mozambicans have been placed in a hall nearby. “It happened so fast,” said Nyamakwenje on Monday, her fourth day at the shelter. “I only got one pair of shoes and two of my jeans.” At least 12 people have been killed by a surge of anti-foreigner violence in the country’s financial capital last week. South Africa is a major destination for economic migrants from neighboring countries. They have often borne the brunt of anger from locals frustrated over jobs.

But the latest surge of attacks on businesses and homes has worried other African countries. Nigeria is flying hundreds of its citizens home. For now, Nyamakwenje sits on a plastic chair in the dimly-lit hallway, walls lined with blankets and hurriedly packed suitcases. Baby cries echoed around her. Outside, excited children clambered around municipal pick-up trucks. Women weaved each others hair. Boys kicked lazily at a football. Most live in the area, but they are too frightened to return home.

Violence flared up again on Sunday, breaking the tentative calm that returned to Johannesburg by the end of last week. “In the news they are saying that the fighting was finished but…. they are fighting with us, even today,” said Poronkie, a 47-year old plumber from Zimbabwe afraid to give his full name. Another two people were killed in the attacks on Sunday, with hundreds of shops and properties looted, and more than 600 people arrested. “I am homeless,” Poronkie said. “They burnt everything that belonged to me. I thank God that I am still alive.”

‘We are not doing anything’
Millions of economic migrants live in South Africa – the continent’s second largest economy – though official numbers are unclear as most are undocumented. In poor districts, many South Africans scapegoat foreigners for the limited progress made by the majority black population since apartheid ended in 1994.

“The South Africans don’t want us anymore and they are executing us very brutally,” said Joseph Mozorodze, 25, a Zimbabwean builder who has worked in Johannesburg for several years. “We are not doing anything, we are just looking for jobs to earn money.” Xenophobic attacks are not uncommon, especially for migrants working in low-skilled labor. Municipal police spokesman William Ntladi told AFP he had dealt with similar situations during his career.

Anti-foreigner violence left 62 people dead in 2008, while seven were killed in attacks in Johannesburg and Durban in 2015. “The number we have now is less than the previous one,” said Ntladi. “(In 2015) we had to use many municipal facilities to accommodate them.” Community leaders were working to ease tensions between groups and help reintegrate the displaced, he said. Aid organizations are providing meals and donations.

‘Worried about my life’
John Chirwa did not have high hopes. Since the violence broke out, the 27-year-old Malawian security guard has been too nervous to leave his wife and newborn alone at night. They sleep at the shelter while he goes to work. “I was not feeling good, I couldn’t work as usual,” said Chirwa, picking at a plate of corn meal and chicken before his night shift. “This violence is not just violence. It’s called xenophobia. People are getting killed.”

He toyed with the possibility of returning to his country, like many displaced. “If I insist on staying maybe I’m going to loose my life,” said Harry Mrevo, also from Malawi, whose home was destroyed by mobs. “So I’m waiting to go home if they provide transport.” The embassies of Zimbabwe, Malawi and Mozambique have liaised with the International Organization for Migration (OIM) to carry out voluntary repatriations.
Nigeria’s consul also announced plans to fly back around 600 citizens over the course of this week. At Tsolo, three suited Zimbabwean diplomats arrived in an SUV to take names and telephone numbers. “I’m worried about my life, I’m still very young and I’m not going to school,” said Nyamakwenje, as her fellow citizens lined up to register with the embassy. “Why did they do that?” she asked. “What exactly did we do wrong?” – AFP

Will we eat democracy? Tunisians ask 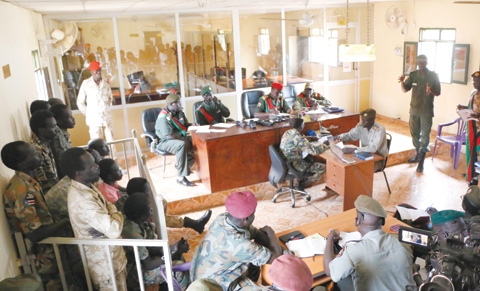 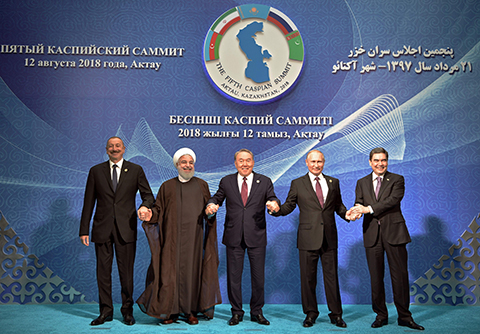 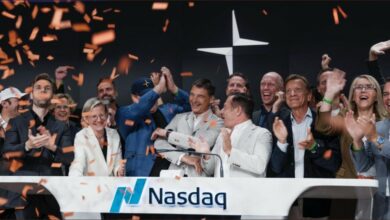 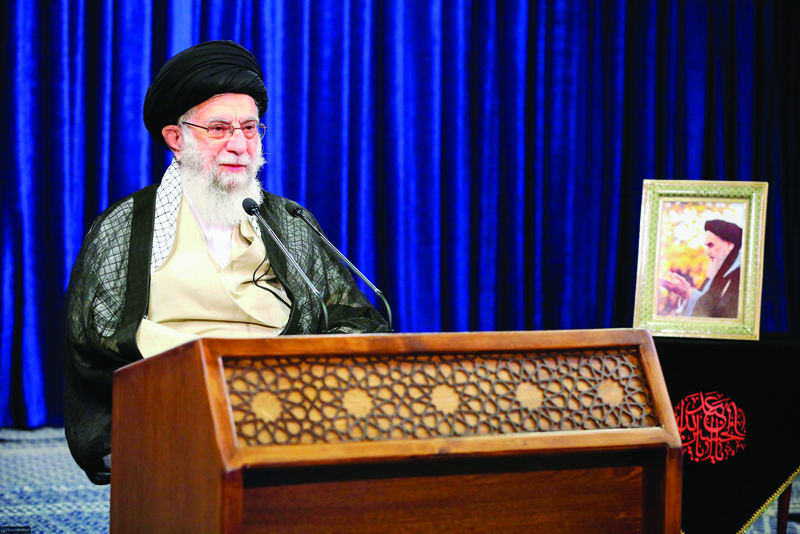