Many religious campaigns are ongoing nationally and internationally to defend every human being’s right to fundamentally exercise their religious beliefs without being abused or insulted, after incidents that took place lately oppressing individuals for their beliefs.

But looking into freedom of religion in a micro area of research, basically Kuwait, we stress the importance of pointing out the difference between how governing laws work as a protective umbrella for religions and rights practiced under this umbrella. The importance of such differentiation should work to amend the gaps between laws and actual practice and help build a more protective system.

According to article 35 of the constitution of Kuwait, freedom of belief is unrestricted, where the state shall protect freedom in the observance of religious rites established by custom, provided such observance does not conflict with morals or disturb public order. It is understood that every individual, regardless of their nationality, shall practice their beliefs keeping in consideration public orderliness and morals, yet some incidents related to officers applying the law revealed how the law is misunderstood.

Before the pandemic, an incident went viral on social media of an expatriate who took a statue to dip into the sea as one of his religious rituals which he was obliged to do, but ended up surrounded by verbal attacks by others, which later led to deportation. The individuals committing the verbal attacks were not deported, but the expatriate who was minding his own business was the one who was deported!

By presenting the incident in the manner mentioned above and searching for a legal area of accusation according to the national law that should present him as guilty, it basically shows that the misdemeanor of defamation of religions is punishable under article 111 of penal code no. 16 of 1960, which does not apply to what this person did.

This is a crime of contempt of religion, and in order for it to rise against the law it is attributed to, it requires some main pillars: The act of transgression, that is broadcasting an opinion that includes ridicule, contempt or belittlement of a religion or sect; the second is publicity, that is that the act of transgression and broadcast of opinion in one of the means of publicity stipulated by law, which does not apply in his case too.

The third pillar is an attack on religion or religious sect – the attack must take place against a religion, while what this individual did was simply practicing rituals. This person did not do anything insulting to any religion, but rather practiced rituals calmly without compromising public security or public order, which reveals that the deportation is not justified.

Within this ambiguity, it is clear enough that the understanding of the law should start with the law applicators, as they are the guide for all people here. It is highly essential to clarify the definition of religious beliefs and the importance of the protection of freedom of belief and granting it to everyone. It is also important to raise awareness among law applicators regarding religious rituals that do not violate public order and morals.

Why did we accept laziness? 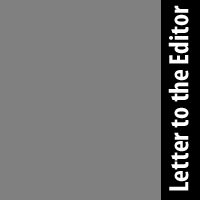