First Kuwaiti to be adorned with ‘French National Order of Merit’

KUWAIT: The French Embassy decorated Dr Al-Anoud Al-Sharekh with the French National Order of Merit for her human rights work yesterday at French Ambassador Christian Nakhla’s residence. Nakhla praised Sharekh’s efforts in fighting for women’s rights and being committed to it. “Today we honor the activist Al-Anoud by a presidential decree for her efforts in fighting for women’s rights in Kuwait, Middle East and all over the world,” he said. He stressed Sharekh is a role model for female activists, and the best evidence that Kuwaiti women are making a difference in their society.

“Al-Anoud serves as an advisor to a number of local and international governmental bodies and NGOs, offering her insights on various cultural and sociopolitical issues in the region. She has worked as a gender politics consultant for UNIFEM, Freedom House and the UNDP on academic and social outreach projects in Kuwait and the GCC, and at SOAS University of London. She had the courage to establish the ‘Abolish 153’ campaign that seeks justice for women killed for ‘honor’. You made efforts to change the society,” Nakhla said.

The French ambassador noted that France is a country that defends human rights, and shares the same interests with Sharekh, adding that the medal represents all human rights defenders. “We chose to show the movie ‘Wadjda’. It is the story of a girl determined to fight for her dreams to ride a bicycle in Saudi Arabia. And this movie reminds us of you in your fight for equality,” he added.

Sharekh thanked the French Embassy for selecting her to be honored as a qualified person in the human rights field in Kuwait, Europe and the United States. “I have been in this field for 18 years, and I’m supporting a lot of NGOs in Kuwait. I consider this medal as an award to the civil society in Kuwait that is doing important work. As for my dream, there’s still much work to do,” she told Kuwait Times.

In 2016, Sharekh was awarded the National Order of Merit by the French Government for her work promoting women’s rights in the region. She also received the Arab Prize for best publication in a foreign journal (2013-2014) by the Doha Institute in 2014, and won the Voices of Success Kuwait award in 2012.

Defending women’s rights
In an interview with Kuwait Times, Sharekh spoke about what this honor means to her, Kuwaiti women’s struggle to obtain their political rights and plans to push for more rights for women in Kuwait. the following are excerpts from the interview:

Kuwait Times: Congratulations on being awarded the French National Order of Merit. This is an amazing honor. Can you tell our readers what it was awarded for?
Alanoud Al-Sharekh: I was awarded it for my work defending women’s rights in the region. I have been involved in this field as an activist and academic for the past 18 years. I have been recognized by the French government for my contribution because my work embodies many of the values that they hold dear. In 2005, I was part of a four-woman delegation sent to France and the EU by the late Amir Sheikh Jaber Al-Ahmad Al-Sabah to explain why there was such a delay in giving Kuwaiti women their full political rights. Over the years I have had the benefit of learning from the experience of the women’s movement in France.

KT: You have been working to improve women’s rights in Kuwait for nearly two decades. Can you tell us how things have changed since you started? What are some of the gains that women have made?
Sharekh: I was in the National Assembly when we lost the bill to gain our political rights in 1999. The arguments to keep women out of the political field that were being made between then and 2005 were offensive, vulgar and ridiculous. Today there are those that would deny women legal and economic equality with men; they make similar arguments for keeping women out of the judiciary, place them in subordinate roles irrespective of merit, or question their ability to contribute as legislators. It is still not a level playing field, and there is much that still needs to be done for our girls, but at least no one can deny them their voting rights or curtail their political ambitions through an unconstitutional legal loophole.

KT: What has been your greatest success as a women’s right campaigner?
Sharekh: My greatest success has been encouraging young people to push past their immediate surroundings and see this gender issue as a world-wide phenomenon with clear blueprints for what works as a way forward. This means a conscious awareness by young Kuwaiti men and women that the inherited gender restrictions that are clearly discriminatory and serve no purpose beyond holding back female ambitions are now being rejected as fallacy. I see this success as a result of years spent building alliances and networks with organizations and institutions across the world – Europe and the United States – that have vastly enriched my work as a women’s rights campaigner and enabled me to see this struggle from a universal perspective instead of a local one. This has also enabled me to build bridges of understanding from my perspective as an Arab Muslim woman with communities that are misinformed by a global media that at times portrays us as a homogenous, repressed, interchangeable entity.

KT: What has been the greatest challenge to your efforts?
Sharekh: The most frustrating aspect of working in a conservative country like Kuwait is that people equate traditions with religion and project that on gender roles in a manner that is convenient to them. Silencing voices of dissent with absolutist arguments is a repetitive strain on gender advocacy whether you are lobbying for curriculum reform, increased visibility for females in leadership positions, or putting an end to violent legislation.

KT: You are a strong proponent of civil society activism and activity in Kuwait. Please tell us about the role and importance of civil society in Kuwait? How does it connect with women’s rights?
Sharekh: I think that Kuwait is unique among its GCC neighbors for the sheer diversity of its civil organizations and their ability to mobilize and lobby for political change. There are many issues that both the executive and legislative branch of government have not focused on that civil society groups have adopted and made a priority, whether in health, culture or politics. This is especially important for women’s political agendas because they have been denied access to the decision-making process for so long, and are still kept out of the real powerbroker discussions that take place in diwaniyas, boardrooms and executive committees with very little female presence.

KT: What are some of the challenges facing civil society groups/activities here? Do you think that groups or activity has declined in recent years or that greater censorship/limits placed on public gatherings and other government actions are discouraging civil society development?
Sharekh: The biggest impediment is the lack of support for the non-profit and non-governmental sector, whether in teaching children the importance of volunteering at an early age, or through incentivizing corporate social responsibility (CSR) contributions for the private sector, or the many bureaucratic impediments to registering as an NGO in Kuwait. What started as a vibrant civil sector in the 1960s has become an increasingly politicized space in the absence of official political parties. I think that this has deviated some organizations from developing the professional and volunteer aspects that they were founded on, making them platforms for specific political agendas and ambitions instead.

KT: How did the political upheaval in Kuwait (2006-2013) impact the role/voice/capacity of civil society groups, in your view?
Sharekh: It has been a double-edged sword. In many ways the politicization of the civil sector has been detrimental to the natural progression of volunteer work in Kuwait, and has impeded its development as an important resource for governmental and institutional projects. However, the last four years have witnessed a cultural revival in the non-governmental and non-profit sector, especially with young people embracing online tools to widen the scope of community-based projects they are interested in making a positive difference in.

KT: You are involved with many local initiatives, including the important Abolish 153 campaign to change the law regarding ‘honor’ killings in Kuwait. How do you go about building support/momentum for such a campaign? How has it fared so far and what challenges/successes has it experienced? Do you feel that it can be successful in forcing a change in the legislation? Is there significant opposition to the change? How common are ‘honor’ killings in Kuwait and what is the typical response from the authorities/society?
Sharekh: It is difficult to access numbers on victims of these types of crimes because those who commit them in the name of honor will try to cover them up for the same reason. Regardless of figures, the legalization needs to be abolished but our biggest challenge was that so few people knew of this law’s existence, or that it is in fact derived from the crimes of passion in Napoleonic code and has nothing to do with Islamic sharia. After two years of campaigning we have succeeded in raising awareness on this archaic law even among legislators, and in January 2016 a formal inquiry was made by the head of the women and family affairs committee in parliament to the Minister of Justice on the constitutionality of article 153, which was an important milestone. We have also conducted the first survey in the GCC that looks at attitudes to such legislation and provided us with some valuable data on how to move ahead with this campaign and secure its success.

KT: As a published author, professor, activist and organizer, you have a lot on your plate. What’s next for you? What are the key issues you would like to see addressed in Kuwait in the near future?
Sharekh: I am currently involved in a number of political studies with international institutions, looking at different aspects of inclusion reform in the GCC, as well as a book project that I am working on with a colleague from the UK. In terms of our civil society work, we are launching a registered volunteer committee that will focus on the issue of violence against women in Kuwait. This will be an important lobbying and advocacy tool for all NGOs that are interested in resolving the many complicated issues associated with gender-based violence, as well as providing much needed resources for abuse victims when the laws allowing the creation of shelters are passed. This vacuum in the protection and care of abuse survivors is the major issue that I would like to see resolved in the immediate future, as well as the abolition of laws that encourage or justify violence, and I would especially like to see the decision to appoint female judges honored soon.

Kuwait has low security risk forecast, according to study 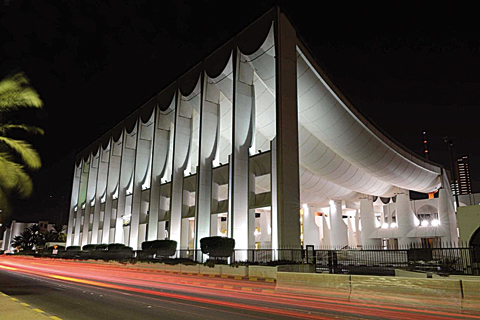 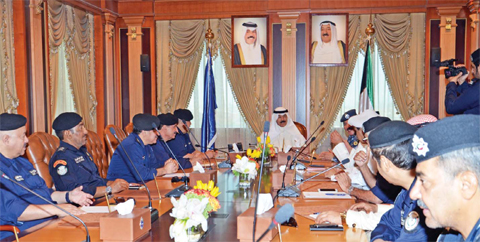