GAZA CITY: The Al-Zazas have much to celebrate these days, after returning a few weeks ago to their neighborhood in the Gaza Strip – the first Palestinian family to move back into a completely rebuilt home since last year’s war between Israel and the Islamic militant group Hamas.

It was a much-anticipated homecoming. Their house was one of thousands of dwellings that were reduced to rubble in the war. A push to reconstruct the battered coastal territory has been sluggish, relying on international funding pledges that have only partially been fulfilled. But the Al-Zazas’ move offers a rare glimmer of hope to the tens of thousands of Gazans who lost their homes in the war. The family’s place in Gaza City’s Shaaf neighborhood, one of the hardest-hit in the war, was among the first 170 completely destroyed homes that were approved for reconstruction under a UN mechanism.

“We are very happy … it’s our home,” 50-year-old Atef Al-Zaza, the family patriarch, told The Associated Press in his barely furnished new living room. “Our life is getting back to its pre-war normality.” About half a million people were displaced at the height of the 50-day conflict and 100,000 were left homeless, according to the United Nations. Israeli airstrikes and shelling flattened entire areas, leaving piles of concrete and debris. More than 2,200 Palestinians were killed, the majority of them civilians, according to UN figures. On the Israeli side, 73 people were killed, most of them soldiers.

Donor pledges
Many of the displaced Gazans fled to UN facilities serving as makeshift shelters or moved in with relatives elsewhere in the strip. After the war, some opted to return to their shelled-out and damaged homes, leaving about 17,000 still displaced 14 months after hostilities ended.

The UN says some 18,000 homes were destroyed or severely damaged in the war. Mufeed Al-Hasayneh, the Palestinian Minister of Public Works, said that of the 130,000 houses that sustained minor and moderate damage, most have been repaired, while others still await funding from donor pledges.

At a conference held in Cairo shortly after the war, international donors pledged $2.7 billion to rebuild Gaza, but more than a year later, only a third of the sum has been received, Al-Hasayneh said. “We only ask for the money that was promised at the conference. We don’t ask for more,” Al-Hasayneh said.

The coastal territory is under an Israeli and Egyptian blockade that has for years limited the entry of goods, especially construction materials like cement or steel that Israel says Hamas uses to construct tunnels and other military infrastructure. But under a UN-brokered mechanism supported by Israel and the Palestinian Authority, construction materials are allowed to enter Gaza under strict monitoring to ensure they are not diverted to Hamas. COGAT, the Israeli defense body that handles civilian issues with the Palestinians, said up to 850 truckloads of materials, including building supplies, currently cross into Gaza every day. Israel imposed the blockade in 2007 after Hamas seized control of the territory.

A rift between Hamas, which rules Gaza, and the Fatah faction of Palestinian President Mahmoud Abbas, who governs the West Bank, has also bogged down reconstruction efforts. Still, some progress has been made. Qatar is rebuilding 1,000 housing units and Kuwait is expected to fund the rebuilding of a similar number of houses soon. Saudi Arabia promised to pay for the rebuilding of another 800 units, Al-Hasayneh said.

Gray rubble
In the Shaaf neighborhood, workers were busy this week building the frames of other homes being reconstructed. The beige- and peach-painted walls of the new al-Zaza home stand out amid the surrounding gray rubble. During the war, most Shaaf residents fled because of heavy Israeli artillery and tank shelling. Al-Zaza left his four-floor house where he had lived in with his wife, 12 children and brothers since 1986, and moved in with a daughter. The house they left was later hit in an airstrike, although it remains unclear why. It’s located behind the Al-Wafa hospital, which Israel says was used as a Hamas command center.

During a brief cease-fire, the family came to check up on the home and found it reduced to a pile of rubble in a wide crater. “It was an indescribable scene,” said Al-Zaza, who is unemployed and subsists off aid. He lost all hope, but that pessimism faded when he received money in June to start rebuilding. Al-Zaza says he was so eager, he urged the builders to work around the clock to complete the house. The funding covered the rebuilding of the house’s structure, so Al-Zaza spent money from his own pocket to give it some resemblance of the old home.

He painted the interior walls of the guest room with bright stucco and added gypsum decoration to the ceilings. In the living room, the walls’ lower halves were covered by glazed ceramic tile. With the first floor complete, the family finally moved in in September, and Al-Zaza’s relatives are expected to move into the three upper floors once they are finished. Since the reconstruction money doesn’t cover furniture and the Al-Zazas’ belongings were destroyed in the airstrike, the family now uses plastic chairs, a plastic table and a woven straw mat in the living room. For the kitchen, they bought a used refrigerator and a washing machine. With a roof over his head, Al-Zaza says he isn’t bothered. “Happiness has been in our hearts as soon as we entered our home,” he said. – AP

3 dead when car plows into trick-or-treaters 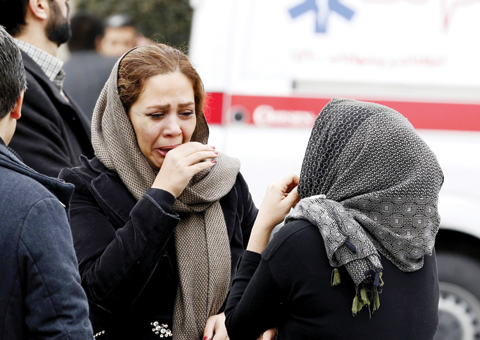 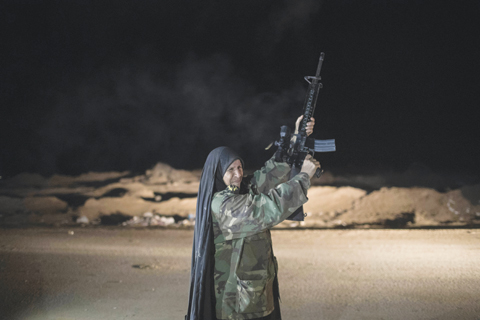 Mosul civilians divided over army advice to stay at home 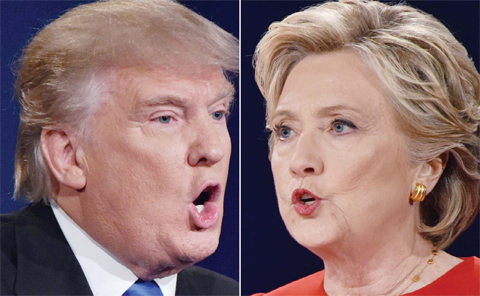 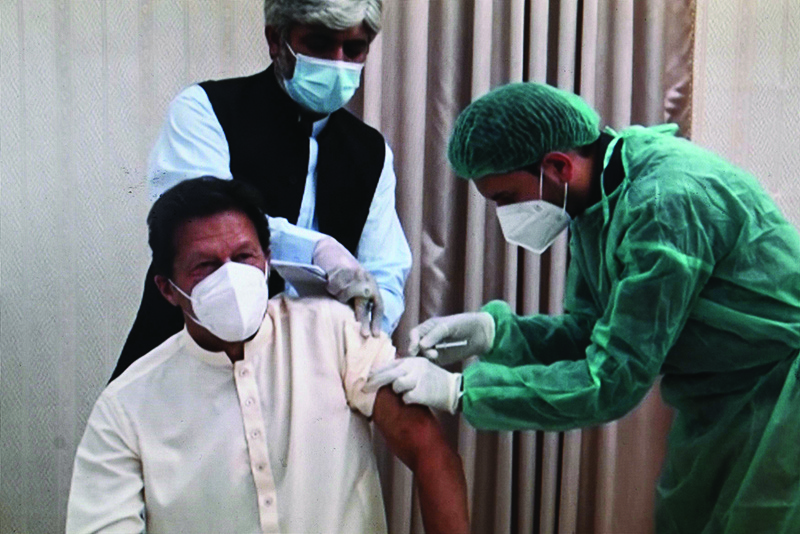