In a Gaza TV studio of the ruling Islamist armed movement Hamas, a set features Zionist flags, Hebrew documents and a portrait of Theodor Herzl, the father of modern Zionism. The make-believe office of enemy state Zionist security service is being used to shoot a “pro-resistance” television series on the conflict. It is Hamas’ answer to Zionist hit shows such as the special forces drama “Fauda” that have gained millions of viewers on platforms such as Netflix, HBO and Apple TV+. “Fauda”, which in Arabic means chaos, portrays a military unit led by commander Doron Kavillio that launches raids inside Palestinian territories.

Admitting to having watched “Fauda”, though, is not a good idea in Gaza, the Palestinian coastal enclave blockaded, said local director Mohammed Soraya. To watch any Zionist TV series means supporting the “normalization” of relations with the Jewish state, argued Soraya, who is directing Hamas’s own TV series on the conflict. He charged that such shows “support the Zionist occupation” because their plots “criminalize the Palestinian people”, speaking with AFP in the Gaza City studio. 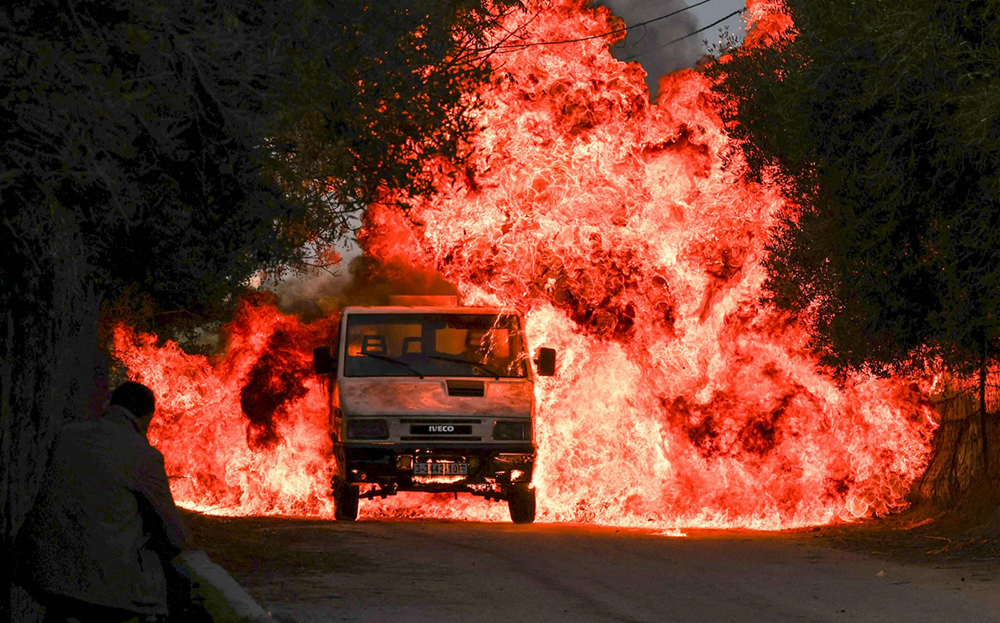 “We want to flip the equation, to show the Palestinian point of view, to broadcast a drama about the spirit of our resistance.” Hamas is considered a terrorist organization by Zionists, United States and the European Union. The Islamist group controls the Gaza Strip, an impoverished territory of 2.3 million people. It also runs the Al-Aqsa channel, and has been investing in series inspired by Hollywood, and by Turkish soap operas that are popular across the Middle East.

‘Fist of the Free’

The series now in production, “Qabdat al-Ahrar” (Fist of the Free), revisits a 2018 Zionist operation in the Gaza Strip that resulted in the deaths of seven Hamas fighters and Zionist officer. The protagonists are the fighters of Hamas, which has fought four wars against the Jewish state since 2008. Budgets are meagre, actors’ salaries are low, sets are basic and deadlines are tight, with the production team expected to deliver some 30 episodes by April, in time for the Muslim holy month of Ramadan. While Zionist series often feature actors from the country’s Arab minority, productions in Gaza do not use any Zionist actors. This forces studios to recruit local actors to play Zionists-a job that, the performers say, can expose them to real-world hostility and danger.

One of them is Jawad Harouda, aged in his early sixties and with a husky voice, who portrays the head of Shin Bet domestic security service in the new TV series. To get into character, Harouda said he “soaked up the script”, but added that being too convincing can lead to trouble. “Some women look at me and pray that I die,” he said, leaning back in his boss’s chair in the fake Shin Bet office. “I’m happy when people insult me. It means I’ve succeeded … The actor is a chameleon, he must be able to act out all colors.”

In Gaza productions, Zionist characters speak in Arabic. And, at the request of the Hamas mufti, or Islamic jurist, women wear their headscarves even if they play Jewish characters. “In one series, I played a Jewish woman,” said one actress, Kamila Fadel, who added that she may have been just a little too convincing for her own good. “After the series was broadcast, a woman tried to strangle me,” she recounted. 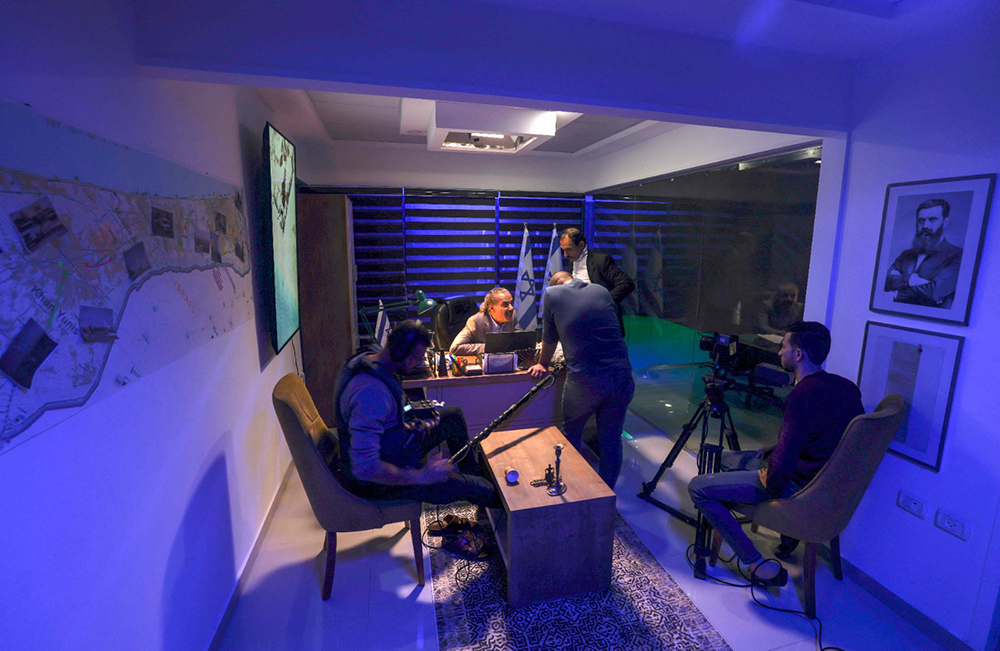 “She told me: ‘I hate you, you are hurting us so much’. On another day a 13-year-old boy threw a stone at my head thinking I was Jewish… This means I played my part well.” Not everyone is a fan of the Hamas productions, which are firmly focused on the conflict. “There is no love” in the dramas, argued Palestinian director and critic Jamal Abu Alqumsan, who expressed regret that the rare local productions served primarily as a “tool of resistance”. Abu Alqumsan said the potential for such productions to tell Palestinians’ stories was huge, but the challenges were many.

“In Gaza, we live under a blockade, it’s a unique situation in the world,” he said, speaking in his art gallery, which he hopes to turn into a small film library. “So we need producers to invest in quality series and tell the rest of the world our story. We have good actors, they just need good directors and means.” For now, Abu Alqumsan said he was unsure of the impact such shows would have. “TV dramas are a weapon, but in the face of Zionists, local productions are of a low level,” he said.- AFP