GAZA CITY: Weeks of mass protests and deadly violence on the Gaza-Israel border have put the Palestinian cause back on the global agenda, but questions remain over whether the impact will last. More than 100 Palestinians were killed in seven weeks of protests, culminating in 60 dead on Monday, mainly from Israeli sniper fire, as tens of thousands rallied against the transfer of the US embassy to Jerusalem. The violence overshadowed the embassy move, as television networks split their screens between US President Donald Trump’s daughter Ivanka speaking at the inauguration and the carnage on the Gaza border.

Israel says its actions are necessary to defend the border and stop mass infiltrations from the Palestinian enclave, which is run by the Islamist movement Hamas. Following unconfirmed reports of indirect contacts between Hamas and Israel, Tuesday proved far calmer – only a few thousand people gathered on the border, with only minor incidents reported. Ramadan, the Muslim month of dawn-to-dusk fasting, was also poised to begin today, likely to keep people away from the protests.

Near the border on Tuesday evening, 26-year-old Mutassim Hajjaj showed off videos of himself seeking to breach the border fence the day before. He said the protests had overshadowed the embassy move. “That’s a victory. It’s a victory for us as the Palestinian people as it raised the issue of the right of return,” he said. Hajjaj was referring to Palestinian demands to return to land they fled or were expelled from in 1948 during the war surrounding Israel’s creation.

Israel, Hamas feel pressure
But whether the protests will have a lasting impact is up for debate. So far, there has been limited diplomatic fallout for Israel, although the dozens of dead have led to condemnation from a range of countries worldwide. Turkey, Ireland, Belgium and South Africa took diplomatic measures, while others called on the Jewish state to show more restraint against unarmed protesters. But the United States vetoed a UN Security Council motion calling for an independent probe into the deaths and the President Donald Trump’s administration blamed Hamas.

Mukhaimer Abu Saada, a politics professor at Gaza’s Al-Azhar University, said Hamas will be hoping for an easing of Israel’s blockade of the territory and for Egypt to open its border, largely closed in recent years. “Under increased international pressure, Israel will have to come up with a solution to the deteriorating humanitarian situation in Gaza,” Abu Saada said. Trump’s administration and other global powers have failed to come up with a unified position, said Hugh Lovatt of the European Council on Foreign Relations think-tank. “The international community ultimately proved itself unwilling and unable to curb Israeli action,” he said. “This further emboldened Israel.”

Mark Heller of the Institute for National Security Studies at the University of Tel Aviv said the Israeli government, seen as the most right-wing in the country’s history, would resist outside pressure. “The government, in spite of the voices raised for an easing of the blockade, will not do anything because it does not consider Hamas can be a partner” for peace.

‘Big disappointment’
Three wars between Israel and Hamas since 2008 have devastated Gaza, while damage to Israel was relatively limited. Hamas has started to adopt a new language, encouraging what it argues are peaceful protests. Israel says protesters have used firebombs and explosive devices, while Israeli soldiers were fired upon at one point on Monday. Only one Israeli soldier has been reported wounded since the protests began on March 30. Officially the protests were due to end on Tuesday but Hamas leaders have said they will continue in some form.

Reham Owda, a political analyst in Gaza, said Hamas would face scrutiny over its strategy of encouraging thousands to the border for the “right to return” protests. “Maybe we will witness some easing in the blockade, but for people who lost their sons, there will be a big disappointment.” Some analysts say Hamas is not looking for a fresh war, knowing the impact would be severe on its already suffering people. “But Hamas cannot afford to wave the white flag,” Heller said. “We must therefore expect sooner or later that new clashes are inevitable.”

Israeli drones have flown over protesters near the border dropping tear gas, largely without any armed reaction. But on Tuesday evening as one flew over, plainclothed militants in the crowd rushed to grab their Kalashnikov rifles and fired round after round into the air, eventually bringing it down, an AFP journalist witnessed. “Victory!” a man shouted. – AFP

New confirmation of chlorine use in Syria 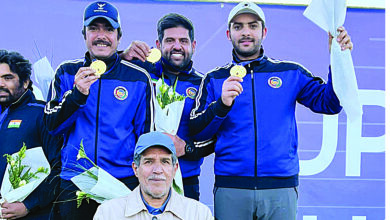 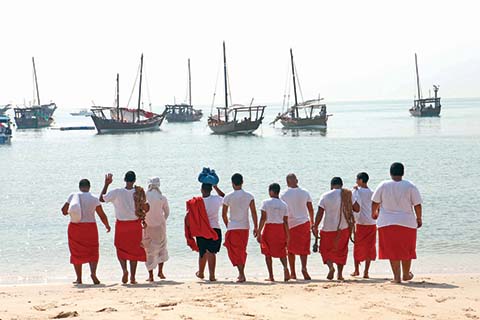 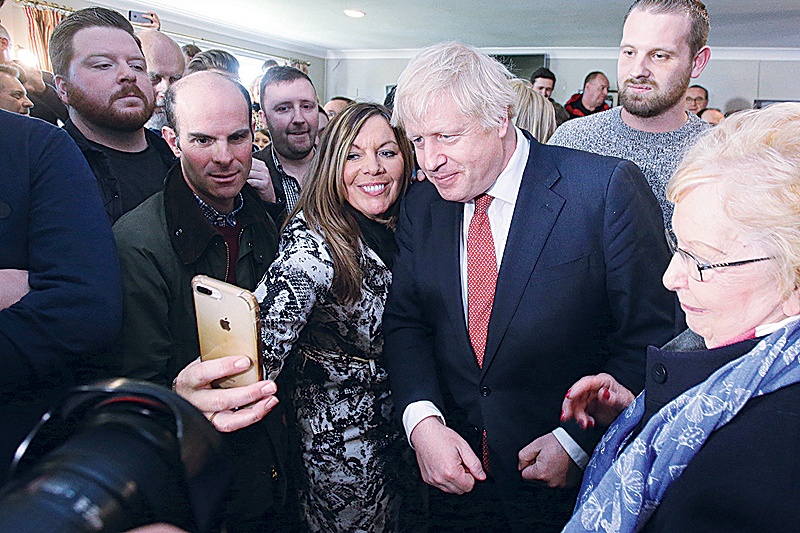 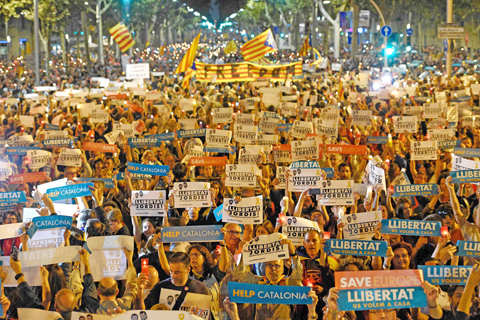