JEDDAH: Gulf Cooperation Council foreign ministers stressed their countries’ firm position toward Palestine’s right to have its own free state, with 1967 borders and East Jerusalem as its capital. In the final statement for GCC ministerial meeting held in Riyadh on Thursday, Secretary General Dr Nayef Al-Hajraf said, the Palestinian issue comes on top of all priorities for Arabs and Muslims, demanding the right to return for Palestinian refugees, along with accepting the two-state solution to resume the peace process negotiation.

Peace in Afghanistan
Meanwhile, the GCC foreign ministers voiced backing to the peace process in Afghanistan and the vital role of some Gulf states in facilitating the evacuation operations carried out, along with the concerned countries, from that country. The conferees affirmed GCC solidarity with Afghan people, urging the international community to shoulder its responsibilities in providing humanitarian support to Afghanistan, the communique said.

They also extolled Qatar’s contribution to re-opening Kabul airport. The council emphasized that the crisis in Afghanistan will be solved by the Afghans themselves. The ministers called on all countries to avoid interfering into Afghanistan’s domestic affairs, stressing the importance of not using the country by any international terrorist group or exploiting its territories in smuggling drugs, according to the communique.

In the meantime, the ministers denounced the Houthi militia’s ongoing drone and missile attacks on Saudi Arabia alongside attempts to disrupt maritime navigation off the Sea of Oman. The ministers particularly denounced the recent Iran-aligned Houthi attacks on the Saudi Arabia’s Abha airport on August 30 and 31 as well as the Houthi targeting of residential areas in the eastern Saudi city of Dammam on September 4. They described the Houthi military escalation as a blatant violation of the international norms and laws.

The top diplomats expressed solidarity with the Kingdom of Saudi Arabia in face of all these threats and their countries’ backing to all the measures the Kingdom takes to defend its security, stability, territories and people. They hailed the vigilance, high performance of Saudi Royal Air Defense Forces and the Saudi-Arab coalition to support legitimacy in Yemen and their role in intercepting and shooting down the drones and missiles fired by Houthis towards the Kingdom of Saudi Arabia.

The ministers reiterated their condemnation of terrorism, extremism and violence in all forms and their determination to continue their effective role in the global coalition to defeat the so-called Islamic State group as well as their contributions to the regional and international endeavors to counter extremist groups and dry up their financial resources.

They assailed the attack on an oil tanker off the Oman Sea coast on July 29, 2021, and the attempt to hijack another tanker near the coasts of the United Arab Emirate of Fujairah on August 3. The GCC ministers urged the international community to stop such acts and ensure unimpeded and safe navigation of commercial ships and oil tankers. They reaffirmed the GCC call for guaranteeing the safety of the international maritime movement and standing up against all attempts to disrupt navigation.

UAE islands
Furthermore, the GCC ministers reiterated firm opposition to Iran’s continued occupation of three UAE islands. The final statement of the 149th session of the GCC foreign ministers’ council renewed the GCC unwavering support to the UAE sovereignty over the three islands of Abu Musa, and the Greater and Lesser Tunbs. The UAE has unequivocal sovereignty over these islands, including their territorial waters, airspace and continental shelf, according to the statement.

The council maintain its stance that the three islands are integral part of the UAE territories, and thereby deeming null and void any acts or practices by Iran on these islands, the statement stressed. It called on Iran to respond positively to the UAE endeavors to solve the dispute through direct negotiations or refer it to the International Court of Justice.

Regarding the relations with the Islamic Republic of Iran, the council reminded of its previous resolutions and basic principles of neighborliness, mutual respect and noninterference in the domestic affairs of others. It also highlighted the need of resolving any differences through peaceful means and avoiding use of, or threatening to use, force, and rejecting all acts of terrorism or sectarianism, based on the UN Charter and international law. The statement expressed hope that the new President of Iran Ebrahim Raisi would play a positive role in alleviating the tension and building trust between the GCC states, on one hand, and his country on the other in keeping with the stances of the GCC of which Iran was informed.

It also voiced hope that the talks on Iran’s nuclear program would tackle Iran’s destabilizing role in the region and its sponsorship of terrorist and sectarian militias as well as the country’s missile program, and the safety of international navigation and oil facilities. The ministerial meeting denounced Iran’s failure to meet its nuclear obligations through accelerating uranium enrichment above the level needed for peaceful purposes. It urged Iran to back down from this move and cooperate fully with the International Atomic Energy Agency.

Water security
On the Grand Ethiopian Renaissance Dam (GERD), the communique confirmed that water security of Egypt and Sudan is an integrated part of the Arab national security, rejecting any action or measure taken to negatively affect those countries’ rights to the Nile River. The council renewed GCC support to all endeavors aiming to contribute to solving the dam’s crisis, taking into consideration the interests of all parties. The communique further affirmed the importance of continuing talks amongst the three countries -Egypt, Sudan and Ethiopia – to reach a fair and binding deal as soon as possible in accordance with the international laws and criteria.

In addition, the council showed GCC firm solidarity with Lebanese people to maintain Lebanon’s security and stability amid these difficult exceptional conditions the country is going through. It called on Lebanese politicians to assume their responsibilities in restoring security, stability and development in Lebanon, and to cooperate with international organizations in carrying out required economic reforms.

On Libya’s crisis, the ministerial meeting commended the efforts of the presidential council, the government of national unity and the joint military committee (5+5) in re-opening the coastal road between east and west of Libya. The conferees lauded endeavors of the Libyan political forum in ensuring the legal and constitutional frameworks and bases in preparation for holding the national polls due on December 24, the communique concluded. – KUNA 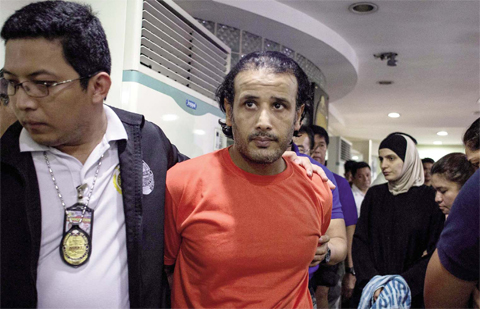 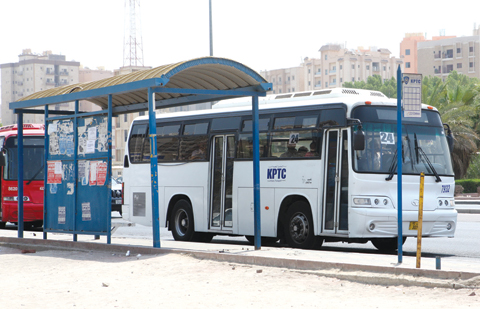 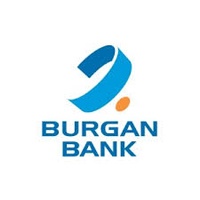 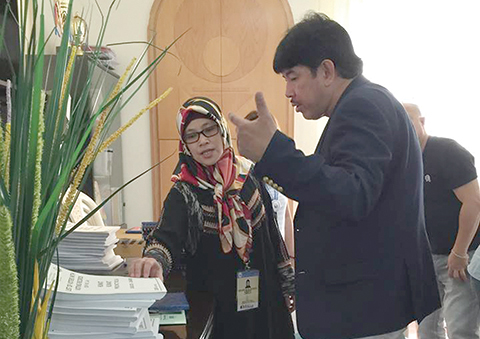