US President Donald J Trump, during his official visit to the Kingdom of Saudi Arabia, began his bilateral meeting with His Highness the Amir of Kuwait by stating: “They [Kuwaitis] buy tremendous amounts of military equipment than they invest in the United States. And that is what we like to hear.” President Trump then kept reinforcing on how such purchases build job opportunities in the United States. And with that not only is the United States’ presence in the Middle East changing but so should our approach to understanding how to manage international and regional relations.

President Donald J Trump, to quote former Secretary of State Condoleezza Rice, “is a different kind of president.” And, to be as diplomatic as possible, that is what I too could say for now. But, of course, that should be a wakeup call. Depending on one global power, with changing interests of administrations once every four or eight years, is like relying on oil revenues as the only source of national income; it is too risky. Rather, like our high-valued currency, the Kuwaiti Dinar, we should diversify our basket of international alliances and strengthen relations with global powers. The future of power lays not within the limits of militarily and economically capable entities but power in the twenty-first century is rather continually diffusing through newer means. In a period where the instrument of oil – unlike that of 1973 – and the Organization of the Petroleum Exporting Countries, OPEC, plays a less important role than decades back, we should redefine our international interests and reexamine our global geopolitical strategies and tools.

Restructuring our foreign policy instruments and interests is vital today. Diplomacy is an effective instrument that we have taken advantage of and that we should continue to do so. Through its embassies, Kuwait cherishes its wide relations with nation-states across all civilized continents. Investments, too, whether through the Kuwait Investment Authority, the Kuwait Fund for Arab Economic Development or otherwise, will concrete our economic and financial interdependencies with different nation-states. Investments create mutual interests; the latter helps bind – even, at times, incompatible – parties. The core of Kuwait’s soft power throughout the entire Middle East and North Africa region (MENA) should be the vibrancy of our civil society activities. Unlike almost anywhere in MENA, numerous active unions participate in the political decision-making processes, citizens not only enjoy political freedoms but celebrate political rights and execute political positions, parliamentarian relations exist and the history of such political flourishing, that dates back to 1921, is remembered. Our internationally recognized humanitarian will has throughout the years incentivized Kuwait to not only fulfill the wants and needs of different powerless peoples but also help restore relations between disputed regional nation-states.

Kuwaiti entertainment is widely followed by the populations of not only the member states of the Gulf Cooperation Council (GCC), but rather more importantly throughout the Arab-speaking world. The entrepreneurial spirit of some of Kuwait’s highly educated, English-speaking individuals has helped put Kuwaitis in competing positions on a global- and regional-scale. Just take a look at what and where private Kuwaitis are investing today. Attracting hearts and minds, hence utilizing the soft power of Kuwait, has never been more straightforward. Balancing between those instruments will further strengthen our geopolitical prestige.

Because the Middle East is one of the world’s fastest-growing regions, Kuwait should take advantage of its foreign policy instruments to lead the building of a new regional order that would manage political and security instabilities through an adjusted balance-of-power system and “sovereign obligation” – to quote from Richard N Haass’ “World Order 2.0.” That is, the Jean Monnet of Kuwait should one day utilize our foreign policy instruments and thus come into existence.

Kuwait acts against Syrians seeking to change their citizenship status 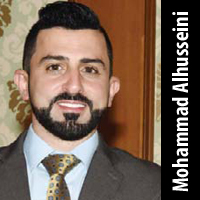 I am the ‘Savior’… and forget ‘Mama America’! 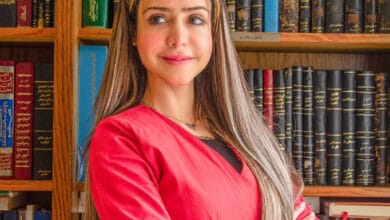 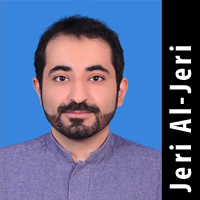