DOHA: Former winners Germany and Spain will clash early in the World Cup finals in Qatar after being placed in the same group while the coaches of bitter geopolitical rivals United States and Iran vowed to put animosity aside when their sides meet. The glitzy draw in Doha on Friday also set reigning champions France on a potential collision course with England in the quarterfinals, if they win their relatively kind groups.

But the world’s top-ranked team Brazil face a tougher task in the first stage. Four-time winners Germany were in the second category of teams, making them the obvious country to avoid for the top seeds. The match with Spain will revive unhappy memories for the Germans who were thrashed 6-0 in a Nations League match in 2020, but Germany have improved fast since Hansi Flick replaced Joachim Loew as coach. “We have negative memories, but something like that doesn’t happen to us twice,” Germany captain Manuel Neuer said.

The European heavyweights were joined by Japan in Group E, which will be completed by the winner of an intercontinental play-off between Costa Rica and New Zealand. Iran and the United States – who severed formal diplomatic relations in 1980 – last met at the 1998 World Cup when the Iranians won a politically-charged game 2-1.

“Football transcends a lot of the political stuff and we are able to remain friends on the pitch,” insisted USA coach Gregg Berhalter. Iran’s Croatian coach Dragan Skocic took a similar view of the hostilities that continue with US efforts to constrain Iran’s nuclear program. “I don’t care about this. Of course there is a story, but we are focused on the playing,” he said.

England are also in Group B and Gareth Southgate’s side might come up against neighbors Wales or Scotland, although Ukraine could also take the last spot in the European play-offs, to be decided in June, after they were delayed by Russia’s invasion. England’s chances will face the sternest possible test though if they come up against France’s talented squad in the last eight.

The French, seeking to become the first nation to win back-to-back World Cups since Brazil in 1962, will meet familiar foes Denmark and Tunisia in a Group D completed by the winners of an intercontinental play-off – Australia, Peru or the United Arab Emirates. In a break with recent tradition, hosts Qatar will not feature in the tournament’s opening match on Nov 21, with that honor going to Senegal’s Group A game with the Netherlands at 1:00 pm (1000 GMT).

The Qataris, making their debut at a World Cup finals, will face Ecuador in the group’s other game that evening. Louis van Gaal, the veteran Dutch coach who has described the decision to hold the finals in Qatar as “ridiculous”, had predicted his side would be drawn in the same group as the host nation. “It was a gamble, but of course it’s nice when a gamble becomes true,” he said. Brazil, the record five-time winners, will have to be on form from the go when they face Serbia and Switzerland as well as Cameroon in a tough-looking Group G.

Two-time champions Argentina drew Saudi Arabia, Mexico and Robert Lewandowski’s Poland in Group C. It might be Lionel Messi’s last chance to win a World Cup as he turns 35 in June. The same goes for Cristiano Ronaldo, who will be approaching 38 when Portugal come up against Ghana, Uruguay and South Korea in Group H. Croatia, runners-up in 2018, were drawn with Belgium and Morocco in Group F, which is completed by Canada, returning to the World Cup after 36 years.

The first World Cup in the Middle East will also be the first played in November and December because of Qatar’s extreme summer heat. Europe’s leading leagues will wrap up on the weekend of Nov 12-13 before players head to Qatar, leaving little time for national squads to prepare. “Players will be fresher than they normally would be at a World Cup, but the lack of time is a handicap, albeit it is the same for everyone,” said Spain coach Luis Enrique.

Southgate is also concerned about preparation time as England play Iran just eight days after the final Premier League games before the pause. “We’re in on day one so it’s quite clear now what our program looks like for the end of the Premier League season and getting out here as quickly as possible,” he said. Amir of Qatar Sheikh Tamim bin Hamad Al-Thani said in a speech at the draw he was “proud and happy that the world will see Qatar as we promised”, vowing an “exceptional World Cup in our Arab world”.  –  AFP 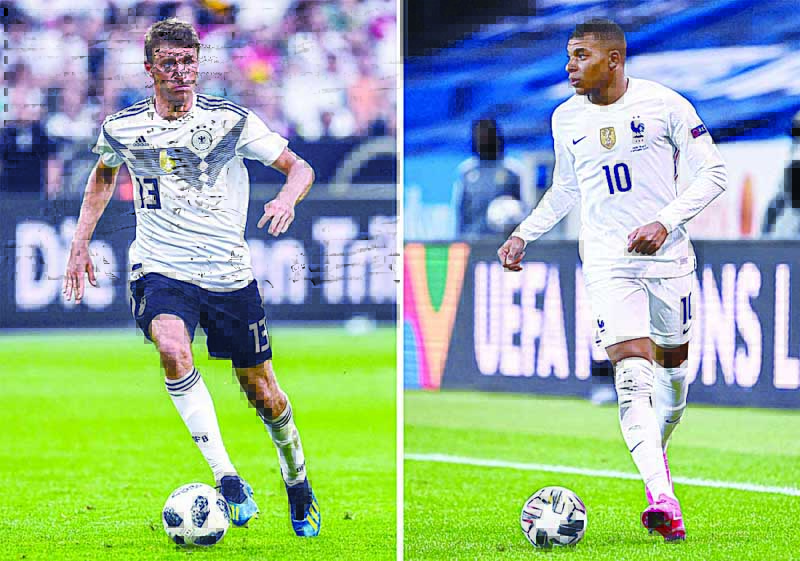 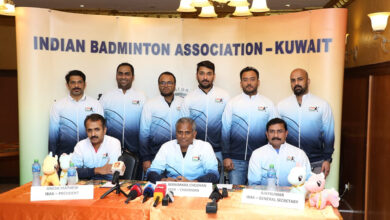 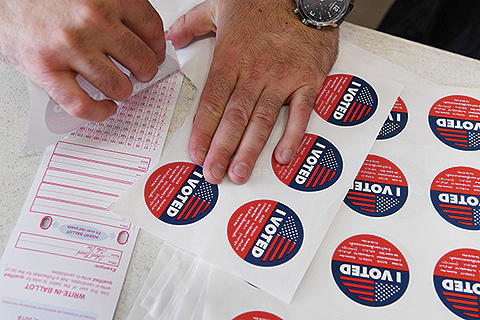 Trump on trial as Americans vote in midterm elections 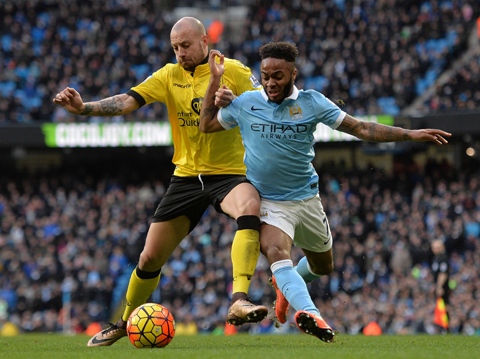