Another exec out amid sex harassment tension at tech giant

DUBLIN: Hundreds of employees walked out of Google’s European headquarters in Dublin yesterday as part of a global campaign over the US tech giant’s handling of sexual harassment that saw similar protests in London and Singapore. At Google’s Dublin campus, around 500 people walked out in chilly conditions but were reticent about speaking to the media.
Organizer Kate, who did not want to give her surname, told the crowd that she coordinated the Dublin walkout “in solidarity with anybody who has experienced any form of sexual harassment or misconduct in our workplace”. She told reporters afterwards: “If even one person has experienced it, it’s important for us – for me – to show our solidarity and say that we don’t agree with that, and that it shouldn’t happen.”

A Google Walkout For Real Change account that sprang up on Twitter on Wednesday called for employees and contractors to leave their workplaces at 11:10am local time around the world yesterday. Tension has been growing over how the US-based tech giant handles sexual harassment claims. Google said last week that it had fired 48 employees in the past two years – including 13 senior executives – as a result of such allegations, citing “an increasingly hard line” on inappropriate conduct.
It came after The New York Times newspaper reported last week that a senior Google employee, Android creator Andy Rubin, received an exit package worth $90 million as he faced allegations of misconduct, and that Google had covered up other claims of sexual harassment. Sam Singer, a spokesman for Rubin, rejected the allegations against him in a statement to AFP, saying Rubin left Google of his own accord.

‘Things are changing’
In London, hundreds of workers packed into the biggest room at their main office in protest and later headed outside. “We’re walking out to support colleagues in any workplace that have suffered harassment and to ensure that perpetrators aren’t protected or rewarded,” Sam Dutton, a developer advocate, told AFP. “I think we all feel the same way: supporting colleagues who have been harassed and making sure that this never happens again.” Google’s management had been “very supportive” of the walkout, he added.

Another Google worker, Anna, who did not want to give her full name, told AFP they were making a point about “power structures” and telling their leaders that “things are changing and it’s time to revise what used to be considered as normal”. In Singapore, dozens of employees gathered in an indoor space at Google’s offices, with a picture of the gathering posted on the “Google Walkout for Real Change” Twitter feed.

Demands posted in the account included improved processes for reporting sexual misconduct and resolving cases of harassment, as well as a commitment by Google to pay and opportunity equality. The Google Walkout account said there were also walkouts in Tokyo, Zurich, Berlin and Haifa in Jerusalem.

CEO ‘deeply sorry’
The walkout call came as Google’s parent company Alphabet confirmed Wednesday that Richard DeVaul, an executive accused of sexual harassment, left the company without an exit package. Google chief executive Sundar Pichai sent a message to employees late Tuesday, a copy of which was posted online by technology news website Ars Technica. Pichai said he has heard from many employees on the subject of inappropriate behavior at work and was “deeply sorry for the past actions and the pain they have caused employees”.

Google released an email from Pichai to employees stating that none of the people who resigned or were fired due to sexual harassment concerns in the past two years received “an exit package”. “We are dead serious about making sure we provide a safe and inclusive workplace,” Pichai said in the email sent last week. The concerns at Google have added to the growing chorus of voices denouncing the existence of a sexist culture in male-dominated Silicon Valley, which has knocked a number of internet industry executives at other tech giants from their perches. – AFP 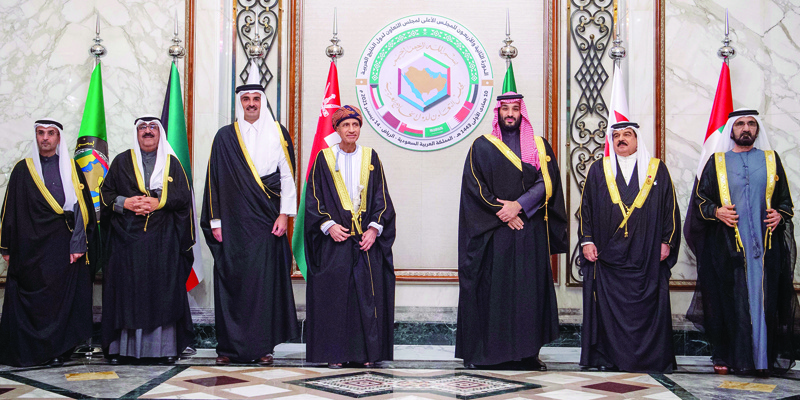 GCC: Attack on any Gulf state is an attack on all 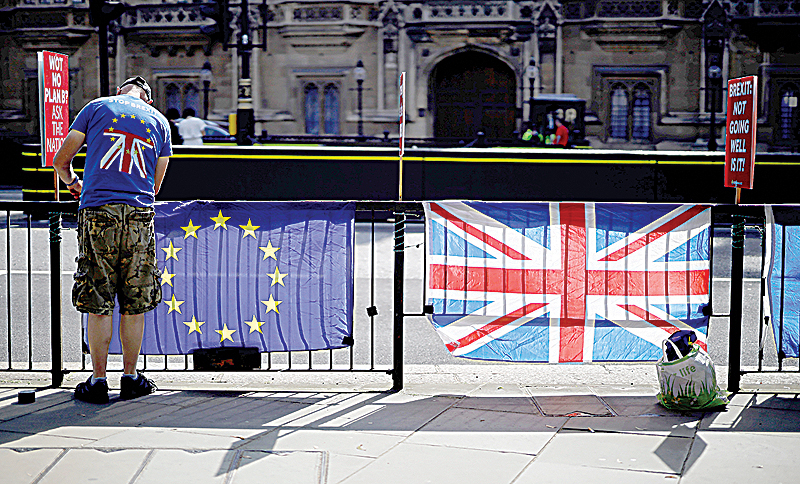 UK’s Labor backs staying in EU in call for referendum 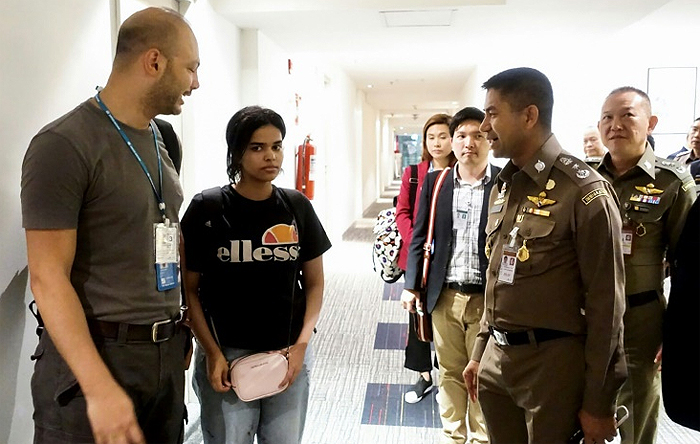 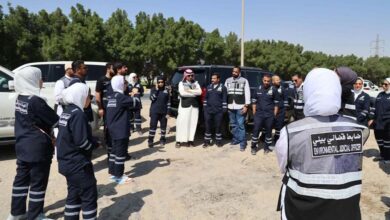