KUWAIT: The government is not likely to approve Ashoura as an official holiday for workers in the private sector as was passed by the legislative committee, and sent a report to the National Assembly in this regard, informed sources quoted officials as saying. This proposal is not new and was presented in several parliaments and demanded by many MPs before, the sources noted. They said the government and both the Civil Service Council and Civil Service Commission believe any new holidays will constitute financial and administrative burdens the government can do without. The National Assembly’s legal and legislative committee approved a draft law on Wednesday to declare Ashoura as a public holiday for both the private and public sectors. To become effective, the bill has to be approved by the National Assembly when it resumes its sessions in late October. Assembly panels in the past have rejected such proposals.

Low-cost hajj
In other news, official sources said the low-cost hajj for Kuwaitis will be repeated during the next hajj season on a larger scale, as the number of seats will be doubled and a tender will be put forward for this purpose. They said the low-cost hajj for Kuwaitis requires them to pay KD 1,300 per pilgrim only, and all those who applied for it this year were accepted, while next year there will be additional places and facilities in order to make it easier for Kuwaiti pilgrims, adding the number may reach 3,000.
The sources said the arrangement for bedoon’s hajj will remain as is, because it is linked to Saudi authorities’ approval, who allocate 1,000 places for bedoons. The awqaf ministry will continue registering them electronically, then select the set number according to certain conditions including age and not having performed hajj before. They said the cost of hajj for bedoons is reduced as the awqaf secretariat and Zakat House pay for it, with the pilgrim paying KD 800 only.
As for low-cost hajj for expats, sources said Saudi authorities stipulate that the expat pilgrim should arrive from their country and be registered along with pilgrims of their country, but Kuwait was excluded to make it easy for each mission to register a certain number of expats as it may be difficult for them to go to hajj from their countries.

Pilgrims accommodations
Separately, Consul General of the State of Kuwait in Jeddah Wael Al-Enezi paid a visit to the site of the Kuwaiti Hajj Mission in Al-Naseem to review preparations and readiness to accommodate the faithful during the annual rituals. Speaking to KUNA, Enezi said the consulate set up an office at the Kuwaiti Hajj Mission Headquarters in Makkah, as is customary each year to keep close eye on preparations for the season and provide all services pilgrims could require. The consulate office stays open round the clock, he has confirmed. The pilgrims’ camps at the holy sites and their residences in Makkah are all ready, as the Kuwait Hajj Mission is continuously contacting and coordinating with Saudi officials to best serve the pilgrims, especially the Kuwaiti ones, he affirmed. He expressed his deepest thanks and appreciation to the Saudi government and people for all the services and facilities they offered to the pilgrims. He called on the Kuwaiti pilgrims and guides of hajj convoys to abide by the regulations and instructions of the Saudi authorities and to cooperate with them.

Worker falls to death in Mutlaa 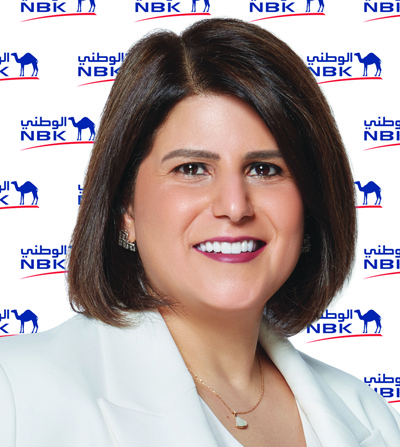 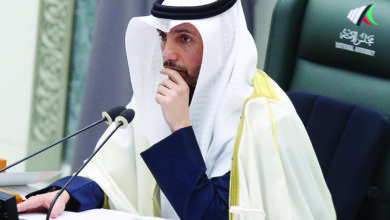 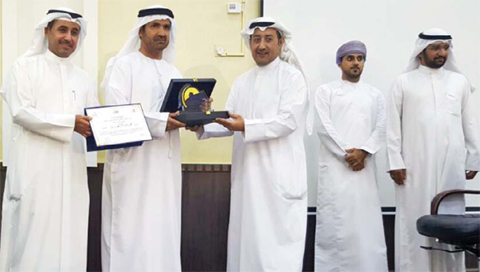 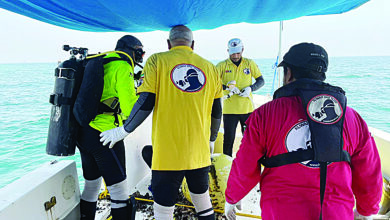