KUWAIT: Gulf Bank concluded its Ordinary Annual General Meeting No 57, which was held at the Palms Beach Hotel- Kuwait, yesterday, with 85.041 percent attendance. Omar Kutayba Alghanim, Gulf Bank Chairman, opened the meeting by welcoming the shareholders and highlighting the Bank’s major business and corporate social responsibility initiatives throughout 2017. Alghanim noted: “Gulf Bank has met all of its strategic milestones for the last few years, and is moving forward on a path towards growth. From a financial perspective, we achieved double-digit net profit growth for the fourth consecutive year. This level of profitability has enabled us to recommend a distribution of 9 fils as a cash dividend to our shareholders, a 29 percent increase from last year.” Alghanim continued: “Our Bank’s solid performance across its business segments is based on providing excellent customer service to all our customers, both corporate and retail.”

Commenting on the key financial highlights for the year, Alghanim stated that the Bank recorded a net profit of KD 48 million for the year ended 31 December 2017; an increase of 12 percent over the previous year. He also highlighted the growth of Gulf Bank’s gross loans portfolio of 8 percent to KD 4 billion and the improvements in asset quality, represented by a reduction in the non-performing loan ratio to 1.7 percent, the lowest level in 10 years. Alghanim added: “Gulf Bank continues to be well recognized in terms of its credit worthiness and financial strength internationally. During 2017, Gulf Bank maintained its “A” level ratings from the top three international credit rating agencies; (Moody’s, S&P Global Ratings and Fitch Ratings). We are especially proud of Gulf Bank’s recent long term outlook upgrade from “Stable” to “Positive” by S&P Global Ratings.”

During the meeting, the General Assembly voted to approve a cash dividend of 9 fils per share. In addition, a new Board of Directors was elected by the General Assembly for the next three-year period (2018-2020). The newly-elected Board of Directors includes: Omar Kutayba Alghanim; Ali Murad Behbehani; Bader Eljeaan; Omar Alessa Al-Qenaei; Jasem Boodai; Khaled Al-Mutawa; Bader Al-Khorafi; Sayer Al-Sayer; and Basel Al-Bader – as a representative of Kuwait Investment Authority. The two alternate Board members are Dari Al-Bader and Fawaz Hassan. The General Assembly also approved all the remaining agenda items.

Setting Standards for Corporate Social Responsibility and Human Capital
Gulf Bank continues to be a leader in corporate social responsibility initiatives and remains strongly committed to giving back to our beloved country and to all the people of Kuwait. The CSR program is focused on education and youth, entrepreneurship, health and fitness, as well as promoting Kuwait’s rich culture and heritage. As in previous years, we have produced a separate report on our corporate social responsibility program. The following are key highlights:
INJAZ – Kuwait

The Bank continues to be a lead sponsor of INJAZ-Kuwait, which delivers Arabic and English language education programs on entrepreneurial and leadership skills to help youth build successful careers. The Bank holds the distinction of being the company with the highest number of staff volunteers participating in the program, with more than 250 staff volunteering their time to help INJAZ reach high school and university students in Kuwait.

Ajyal Graduate Development Program
The Bank’s flagship Ajyal Graduate Development Program is now entering its fourth year of developing human capital. The program identifies and nurtures young Kuwaiti talent early in their careers and, through an intensive program of trainings to help prepare them for future leadership positions in banking and within Kuwait’s financial sector.

Initiatives for the Holy Month of Ramadan
Each year the Bank conducts a series of initiatives as part of its Ramadan campaign. Entitled ‘Change Your Thoughts’, this year’s Ramadan commercial focused on promoting kinship and strengthening family ties and was narrated by Kuwaiti screen legend – Saad Al-Faraj. The Bank also partnered with SAVECO supermarket and the Kuwait Food Bank to deliver foodstuff boxes to families in need. Furthermore, Bank employees carried out numerous visits to children in hospitals to celebrate girga’an with them.

Memorial Pearl Diving Journey
The Memorial Pearl Diving Journey is a key sponsorship in the Bank’s commitment to preserving the heritage of Kuwait. Youth from Gulf countries come to Kuwait to participate in this two-week event, which recreates the pearl diving journey of our ancestors, reminding today’s youth of the hardships and challenges faced by our ancestors before the discovery of oil.
Gulf Bank 642 Marathon Supports UNHCR’s Voice for Refugees

In its third year, the ‘Gulf Bank 642 Marathon’ highlights the importance of health and fitness. This year’s event was exceptionally well attended and put Kuwait firmly on the international sporting map, as the event is internationally accredited and appears in the international calendar of marathon races. Open to all, the event has four race distances (5km, 10km, 21km, 42km) to appeal to all levels of fitness. Participants included individuals, families and teams from various backgrounds and over 130 nationalities.

For the second consecutive year, the Bank partnered with the UNHCR (United Nations High Commissioner on Refugees), also known as the UN Refugee Agency, and its ‘Voices for Refugees’ initiative. This is an online awareness campaign to stand with refugees and make their voices heard and humanize their plight. Following the event, the Bank and its partner Pro Vision Sports Management made a financial donation to UNHCR.

Awards
Gulf Bank’s performance continues to be strongly recognized on local, regional, and international levels. The Bank kicked off the year by setting an international Guinness World Records achievement for ‘the largest prize linked to a bank account payout’ for its Al-Danah account prize of KD 1 million. Regionally, the Bank was awarded ‘Best Mobile Banking Experience in the Middle East’ from Arabian Business magazine; ‘Credit Risk Technology Implementation of Year in the Middle East’ from the Asian Banker; and ‘Best Customer Service Provider in the Middle East’ from International Banker. Locally, the Bank’s human resources training program won ‘Best Training Program in Kuwait’ from the Manpower and Government Restructuring Program. The Bank won ‘Excellence in VIP Customer Service’ from the Public Relations and Customer Service Awards. The Bank’s Ramadan television commercial also received the Advertising Creativity Award for “Most Influential Commercial” at the Arab Media Forum.

In conclusion, Alghanim said: “I extend my sincere gratitude to our Shareholders, Board of Directors, the Central Bank of Kuwait, and the Capital Markets Authority for their ongoing leadership, support, and guidance. On behalf of Gulf Bank, I would like to thank our valued customers for their continued trust in the Bank, as their loyalty is at the core of our success. Finally, I would like to thank our staff for their dedicated service and for being part of the Gulf Bank family.” 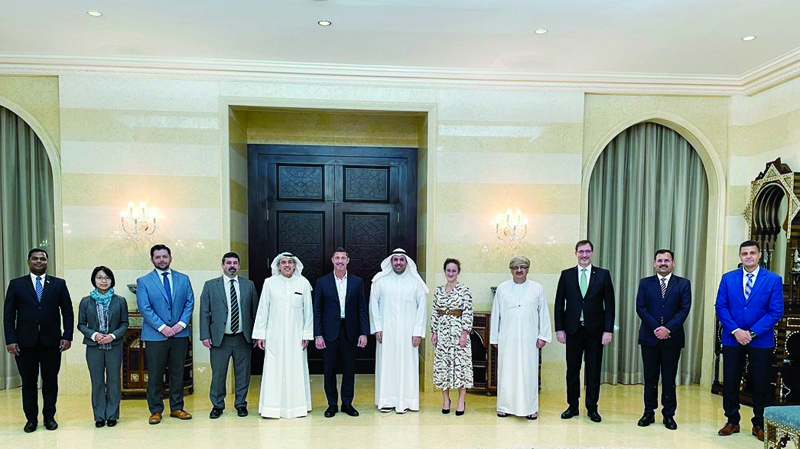 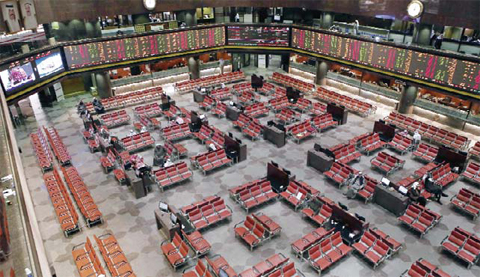 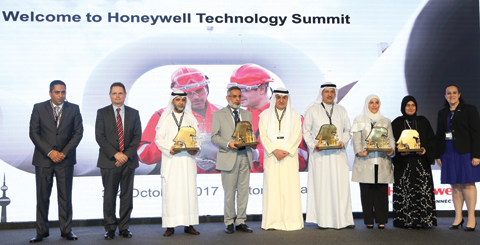