MAKKAH: The Hajj mission is keen on offering topnotch services to Kuwait’s Hajj pilgrims, aiming at fulfilling their needs during this great Islamic rite, an official from the Kuwaiti Ministry of Awqaf and Islamic Affairs said yesterday. Undersecretary at the Ministry of Awqaf Fareed Emadi made this statement during his visits to the headquarters of several Kuwaiti Hajj groups.

Emadi said that the Kuwaiti Hajj mission is following up on the latest developments during the season, affirming that the mission will work hard to answer the needs of the state’s pilgrims. Head of the Kuwaiti mission Khalifa Al- Othaina and other officials accompanied Emadi during his visits.

Meanwhile, waves of white-robed pilgrims, beseeching His Almighty for forgiveness, mercy and blessing, completed gathering in Mina yesterday as they perform their first day Hajj rituals, ahead of grouping on Mount Arafat today. According to the official Saudi Press Agency, traffic squads backed by security personnel organized flow of the faithful from Holy Makkah to Mina.

Interior Minister, Chairman of the Supreme Hajj Committee Prince Abdulaziz Bin Saud and Advisor of the Custodian of the Two Holy Mosques, Makkah Amir and Chairman of the Central Hajj Committee, Prince Khaled Al-Faisal and other ranking officials oversaw the pilgrims flow and the procedures taken for their safety. The pilgrims would stay in Mina until today’s sunrise, where they start heading to Mount Arafat, about 20 kilometers east of Makkah. Arafat day is the main ritual of Hajj, where worshippers stand in contemplative vigil to repent from their past sins and seek mercy from God. — Agencies 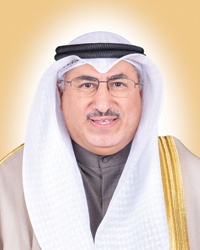