If you suffer from vertigo, window-cleaning is not the job for you. But for some some, it’s an everyday task. The job is challenging considering the safety risks for the cleaners, especially in Kuwait where safety precautions are not always implemented or enforced.

Kuwait Times spoke to several window cleaners who work in Kuwait City skyscrapers and was amazed by their bravery. “Yes we are insured and our salary is better than regular cleaners,” said Yousef Mazumder, a Bangladeshi supervisor. He told Kuwait Times that in the event of an accident, the worker’s family can claim monetary compensation from the company.

“This job is quite dangerous but every worker undergoes a series of training and workshops; we have safety briefings every time they ascend and descend for the job; we prepare them mentally and I always tell them to relax and not have any worries whilst up there,” he noted. Muzumder’s job is to ensure each and every member of his team is safe at the end of the day. “My job is to keep them safe on the job site and make sure that they are all at ease with each other. Personal problems should be left on the ground,” asserted Mazumder.

The buildings where they work are equipped with a built-in ‘suspended scaffold platforms’, commonly known as a ‘swing machine’. These machine is regularly maintained and also have locally-based engineers and technicians to help in case of a breakdown. “We have regular checks regardless whether we have a problem or not. The good thing is that they are just a call away. When I call for help, within minutes they are here. My objective every day is to finish the job with zero accidents,” Mazumder said.

It can take up to a month to clean the façade windows of a 30-storey glass building. While cleaning glass faced skyscrapers, a team must have at least 10 people plus a supervisor to oversee the process. The suspended scaffold is permitted to carry two to three workers to perform the cleaning job. An operator is usually stationed in the control room to communicate with the cleaners on the swing stage. “We work as a team. It needs coordination. The cleaners can only swing sideways; but lowering or moving the platform is done by the operator in the control room,” Mazumder explained.

The swing stage is also equipped with several safety tools and equipment including built-in harnesses attached to the bodies of the cleaners and the platform . “I instruct them to wear the harness at all times. There are other cables here inside this swing stage; these are used to support the platform to prevent unnecessary movements when a strong wind blows. The rope also serves as a support in the event of a breakdown. They are also connected to the glass windows in the building, so we are really safe,” he assured.

Jenat Ali Sheikh from Bangladesh and Saru Munam from India are two of the window cleaners who scale the heights of some of Kuwait’s tallest skyscrapers. “This is my job and I do this every day without fear,” Sheikh said. “I am not afraid anymore; in the beginning it was scary, but not now. Anyway, all jobs are dangerous even if you are in an office; you go out in the street you don’t know whether you’ll reach home alive,” he reasoned.

Munam said they were carefully trained before getting the job as window cleaners. “I underwent training for about one or two months. Initially, we start from the first floor; then every day, if we can tolerate the height, they increased the floors until the top floor; It’s a process – you will be replaced if you cannot tolerate heights,” Munam said.

The scaffolding carries about five buckets of water and some chemicals to clean the windowpanes. When all the water is consumed, the operator lifts up the swing stage to replenish it. Cleaners perform the job manually using the chemicals and other cleaning tools and equipment. Generally, chemicals are added to water and a brush or cloth-covered wiper is dipped into the resulting solution and used to scrub the glass. A squeegee is then used to sluice the dirt and water mixture from the glass.

Note: Suspended platforms are access platforms for one or more workers with manual or motor driven devices for raising and lowering via ropes. Platforms may be fitted to high rise buildings or skyscrapers, or assembled from components to suit the architecture and nature of work being performed. These can be either temporary or permanent. Both have their own unique governing codes and regulations. Permanent suspended platforms are often known as building maintenance units (BMU) and their platforms are also known as gondolas in Europe.

Getting to know Qairawan - Exploring Kuwait: An occasional series

Herbal medicines once popular in Kuwait 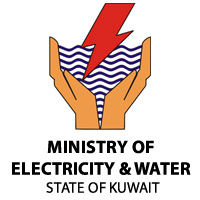 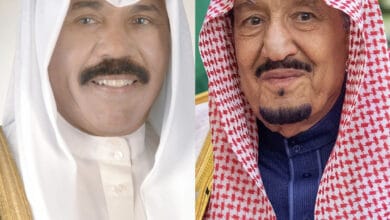 Man admits to stabbing friend to death after fight