GAZA CITY: Palestinian Islamist movement Hamas elected ex-Gaza Strip chief Ismail Haniya as its new leader yesterday, days after revising its founding charter to ease its stance on Israel. Haniya, seen as a pragmatist within the movement, is expected to remain in the Gaza Strip, the Palestinian enclave run by Hamas since 2007. His predecessor Khaled Meshaal lives in exile in Doha and had completed the maximum two terms in office. “The Hamas Shura Council on Saturday elected Ismail Haniya as head of the movement’s political bureau,” the group’s official website announced.

He beat Mussa Abu Marzuk and Mohamed Nazzal in a videoconference vote of the ruling council’s members in Gaza, the West Bank and outside the Palestinian territories. The 54-year-old with a salt-and-pepper beard takes charge of Hamas as it seeks to ease its international isolation while not marginalizing hardliners within the movement. On Monday, it unveiled a new policy document easing its stance on Israel after having long called for its destruction.

The document notably accepts the creation of a Palestinian state in the West Bank, east Jerusalem and Gaza, the territories occupied by Israel in the Six-Day War of 1967. It also says its struggle is not against Jews because of their religion but against Israel as an occupier. The original 1988 charter will not be dropped, just supplemented, in a move some analysts see as a way of maintaining the backing of hardliners.

“The new charter and Haniya’s election are two of the biggest events in recent years,” a European official based in Jerusalem told AFP yesterday, speaking on condition of anonymity. “The question is how is Hamas going to build on this momentum,” he said, speaking in English.

Leila Seurat, a researcher at the Paris-based Centre for International Studies and Research, said that the election of a Gaza-based leader was a shift for the movement, which had been directed from Doha and from Damascus since Israel assassinated founding father Sheikh Ahmed Yassin in Gaza in 2004. “His election is a sign that the Gaza leadership has regained the upper hand from those outside,” she said.

Hamas is considered a terrorist group by Israel, the United States and the European Union, and the new document is aimed in part at easing its international isolation. Hamas officials said the revised document in no way amounts to recognition of Israel as demanded by the international community. Israeli Prime Minister Benjamin Netanyahu’s spokesman has dismissed the revision, accusing Hamas of “attempting to fool the world”.

In February, the movement elected a hardline member of its armed wing as its new Gaza head to replace Haniya in that post. Yahya Sinwar was jailed by Israel until Oct 2011, when he was released along with more than 1,000 other Palestinian prisoners in exchange for Gilad Shalit, an Israeli soldier captured five years earlier. An influential military figure, he represents for some the hardest line within the Islamist movement. Israel has fought three wars with Hamas since 2008, and maintains a crippling blockade on Gaza.

The Gaza-based Islamic Jihad group yesterday slammed the Hamas policy tweak. “As partners with our Hamas brothers in the struggle for liberation, we feel concern over the document,” said Islamic Jihad’s deputy leader, Ziad Al-Nakhala. “We are opposed to Hamas’ acceptance of a state within the 1967 borders and we think this is a concession which damages our aims,” he said on Islamic Jihad’s website.

Nakhala said the new Hamas policy formally accepting the idea of a state in the territories occupied by Israel in 1967 would “lead to deadlock and can only produce half-solutions”. Founded in the wake of the Islamic revolution in Iran, a close ally, Islamic Jihad is the second force in the Gaza Strip and focused entirely on the armed struggle. – AFP

Saudi Arabia, US in talks on billions in arms sales 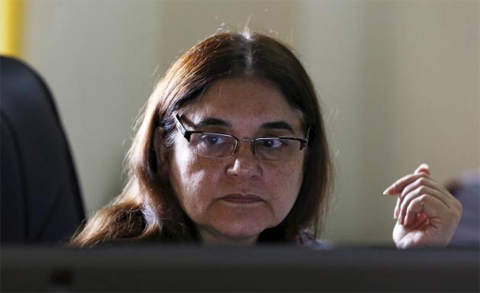 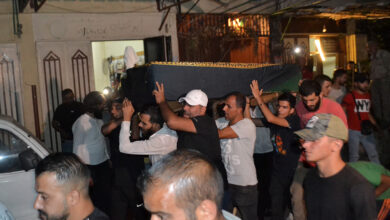 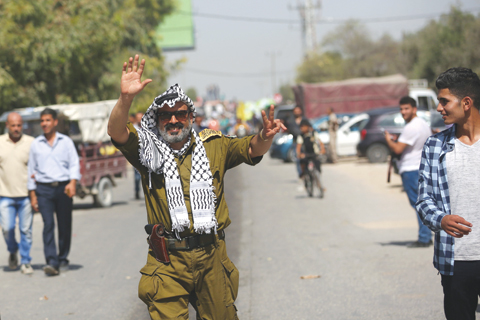