Half-tonne fighting bulls knocked over thrill-seekers on Thursday in the first bull run since 2019 at Spain’s San Fermin festival in Pamplona, with five people taken to hospital. No one was gored but several people were trampled or knocked to the cobblestone pavement of the mediaeval northern city in the first of the festival’s eight early-morning bull runs. One suffered a leg injury, while another hit his head while falling and a teenager hurt his arm, a Red Cross spokesman said. Six bulls guided by six tame steers that keep the herd together cleared a path through a sea of several thousand runners, most of them dressed in white with red neck scarves.

After the starting gun, the holding pen gate was opened and the bulls charged onto the street, prompting a first group of runners to race off, many diving out of the way or falling as the pack barrelled through. More and more runners joined at different points along the carefully boarded-up route, turning to see how close they were to the animals’ horns as they raced along the 850-metre (2,790 feet) course to the city’s bull ring.

“The bulls kept themselves in a tight pack, they steamrolled right through, so it was over very quickly,” said Gordon MacDonald, a 46-year-old IT worker from Glasgow who took part in the run. “It was a long time since we ran here so everybody was kind of nervous, we couldn’t remember exactly how it was going to go,” he told AFP. The bulls finished the course in two minutes and 35 seconds, bursting into the ring where they will later be killed in bullfights.

‘Happy to be alive’

Just after the race, many were still reeling from the excitement. “It gave me such a thrill, a real adrenaline rush… it was great,” said Nico Falcon, a student from Andalusia who joined the runners. “We saw the crowd running this way and we just took off. As soon as we turned the corner, the bulls were right there. It was one hell of an experience,” said 30-year-old American businessman Roger Sandhu.

People from around the world flock to Pamplona to test their bravery, and also enjoy the festival’s mix of round-the-clock parties, religious processions and concerts. “I turned around and saw the biggest bull I’ve ever seen in my life,” Arsh Brah, a 29-year-old lawyer from California told AFP saying he ran until he saw the first exit and quickly got out. “I’m happy I’m still alive!” Many runners spend time preparing for the race and try to avoid the traditional round-the-clock drinking before joining the race, which starts at 8:00 am, organisers said.

But others throw caution to the wind. “You see people (running) in flip-flops, and if security sees them, they pull them out, and people who are totally drunk and if they see them, they take them out too,” said Nestor Molinet, a 28-year-old runner from Pamplona. 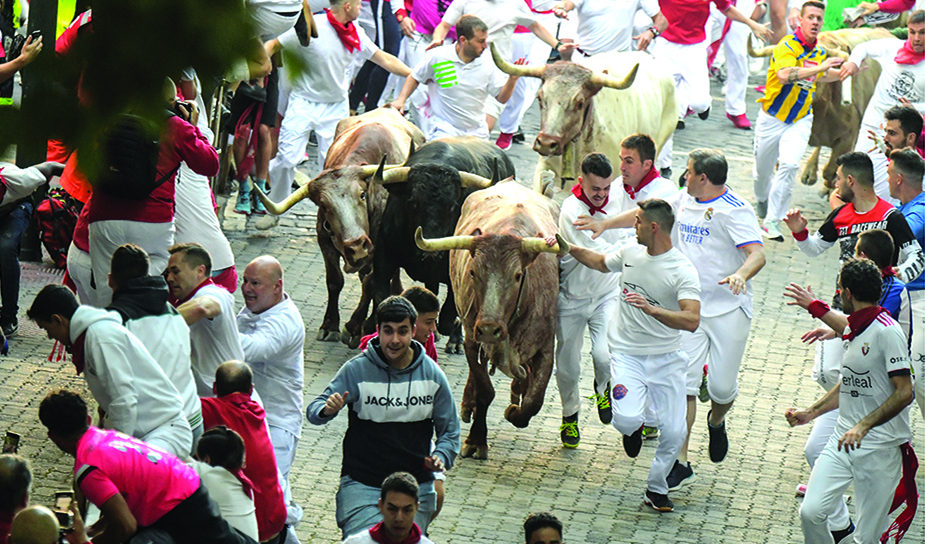 “But there are a lot of people who manage to do it.” The annual festival, made famous by Ernest Hemingway’s 1926 novel “The Sun Also Rises”, was last held in 2019. Officials called off the hugely popular event in 2020 and 2021 because of the COVID pandemic, the first time the festival had been cancelled since Spain’s 1936-1939 civil war. Sixteen people have died in the bull runs since 1910. The last death occurred in 2009. – AFP 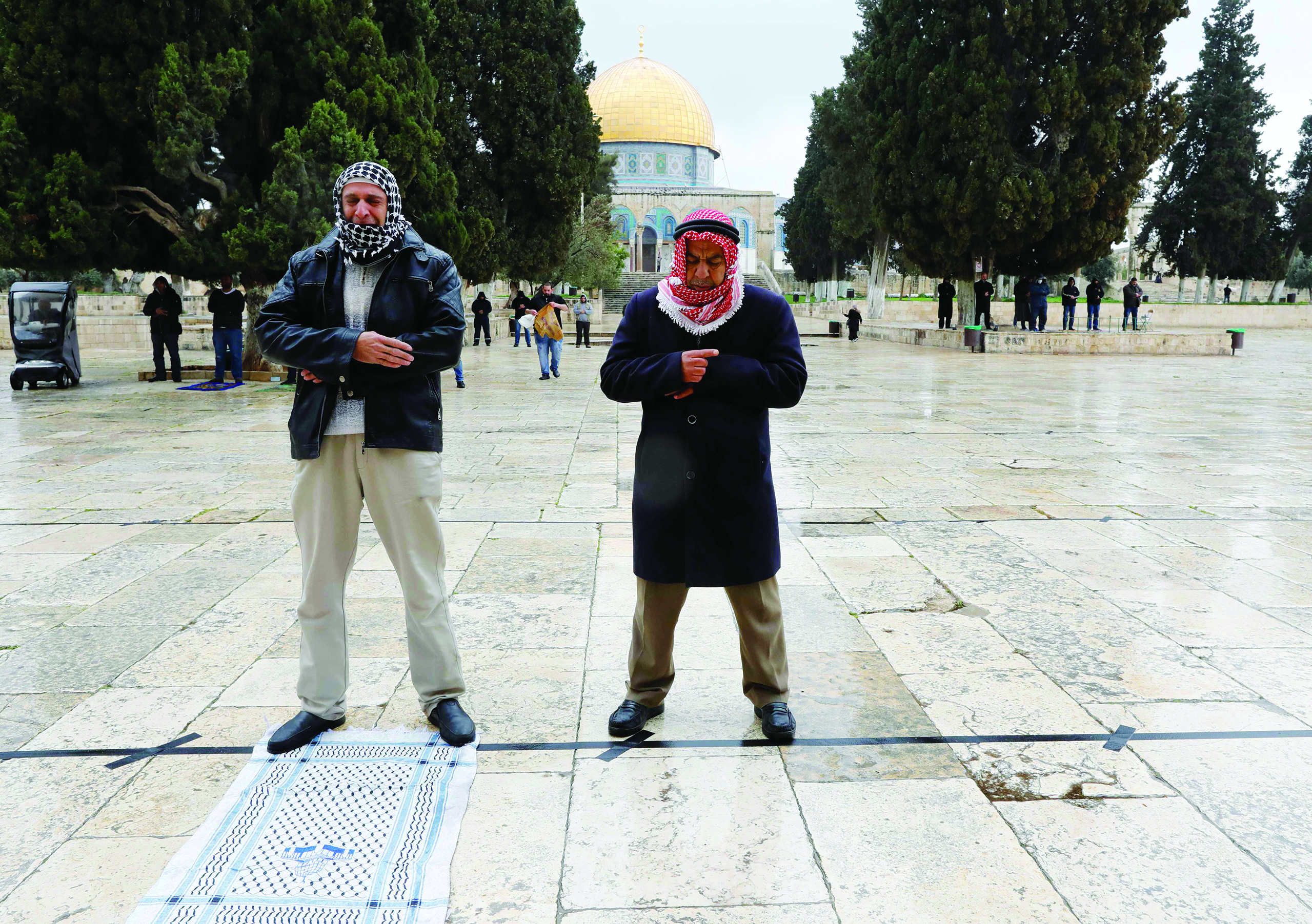 Religion in the Mideast adapts to coronavirus 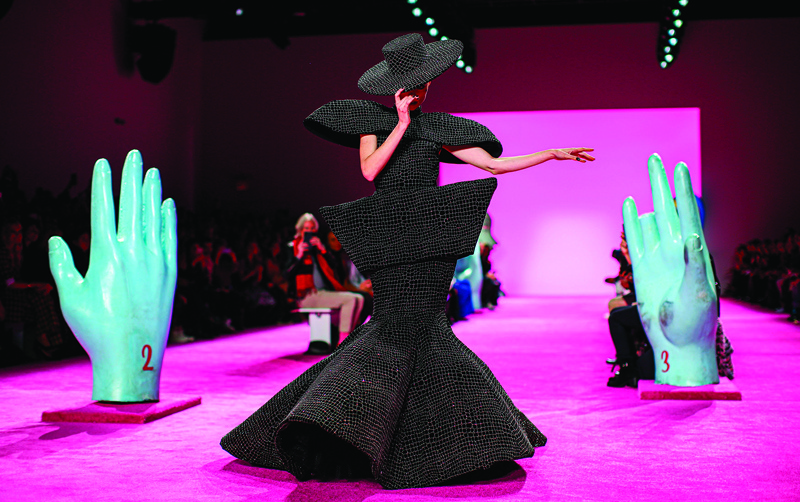 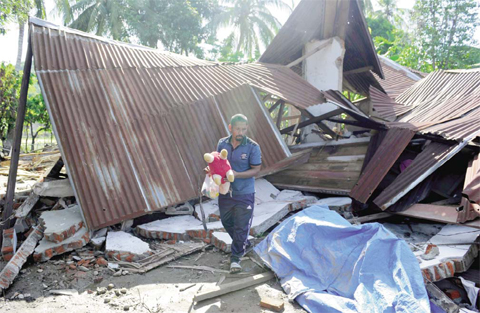 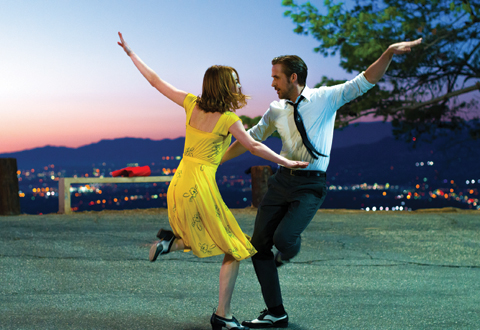