KUWAIT: Responding to reports about a man and a dog sleeping in the toilets of the beach near the Scientific Center in Salmiya, detectives rushed to the scene and found that the man is a 41-year-old homeless citizen wanted for second degree murder. The man was arrested and referred to the relevant authorities for further action.

Driver arrested for selling liquor
An Asian driver working for a female ruling family member was arrested with 77 bottles of homebrewed liquor hidden in a vehicle owned by the ‘sheikha,’ said security sources. Case papers indicate that a police patrol saw the vehicle driven in an unsteady course in Salmiya, and on asking the driver to pull over, he tried to force the patrol car off the road. However, on stopping the Asian driver and searching the vehicle, policemen found the liquor and that the vehicle belonged to a sheikha. Security sources said Salmiya police station received several calls requesting releasing the driver, before they were told that he was carrying alcohol in the vehicle. Separately, an Asian man was arrested when he was spotted walking around Fahaheel market while heavily drunk, said security sources.

Women fight
An Indian woman filed a case against a compatriot accusing her of breaking her nose and front teeth during a fight in a Rumaithiya street. A case was filed and the other woman is being summoned for further investigations.

Armed robbery
A Filipino man reported that an armed robber stole KD 300 and his mobile phone in Maidan Hawally, said security sources, noting that the man said that he had just withdrawn the money from an ATM when someone dressed in a dishdasha and driving a vehicle stopped, assaulted him and used a knife to threaten to harm him unless he handed over his wallet and mobile phone. A case was filed.

Motorist injured
A citizen sustained various fractures and injuries when his vehicle collided into another along Gulf Road and then hit a concrete barrier, said security sources. They noted that the man was rushed to Amiri Hospital for treatment, while the other driver was unharmed.

Murder threat
A female citizen called police reporting that she had received a call from her ex-husband telling her that he was on his way to ‘kill her,’ said security sources, noting that policemen were dispatched to the woman’s house in Salwa, but the man did not show up. A case was filed and further investigations are in progress.

Domestic violence
Another Kuwaiti woman called the police reporting that her brother was attacking her and that she had locked herself in her room to escape his rage. Rushing to the house in Firdous, the brother opened the front door, claiming that he was angry because his sister always challenged and disobeyed his orders. A case was filed and both siblings were taken to the police station pending further investigations.

Caravan stolen
A citizen recently reported that someone stole a caravan he had parked in his garden, said security sources, noting that the man said that the janitor told him that while he was out of the house, someone driving an SUV towed the caravan out of the garden and that he failed to jot down the vehicle’s license plate number.

Officer insulted
A police colonel reported that he spotted someone driving in a suspicious way in Mansouriya and that on stopping him and showing his ID, the suspect made fun of him, pushed him and sped off. However, the colonel provided detectives with the suspect’s vehicle license plate number and a search is on.

Search for armed suspect
A search is on for an unidentified person in a car who had fired several shots at a citizen’s house in Saad Al-Abdullah, said security sources.

Smokers fined
Four people were recently fined by the environment police on the spot for smoking inside a shopping mall, said security sources. – Al-Rai and Al-Anbaa

Combating terrorism is a global duty 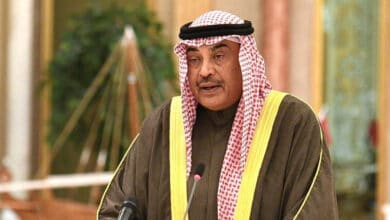 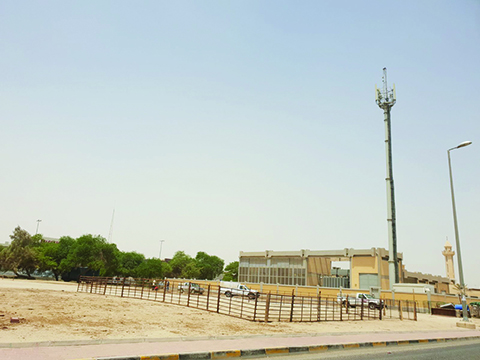