KUWAIT: Expatriates will now have to pay a fee of KD 10 when receiving treatment at public hospitals, the health ministry said yesterday. The measure aims to ease congestion at public hospitals, while allowing government-run clinics to take in more patients, the ministry said in a statement. But informed sources said the health ministry plans to limit treatment in government hospitals only to Kuwaitis, and expats should go to private hospitals or health insurance hospitals.

The sources said the ministry believes that improving health services and giving the best medicines will not be achieved unless the number of patients is reduced, as currently expat patients make up three times that of Kuwaitis. The sources added the health ministry recommended to the Cabinet earlier to consider imposing health insurance on expats so they can be sent to the private sector, or increase fees in government hospitals temporarily until the private sector can absorb all expat patients.

Meanwhile, CEO of Al-Dhaman Health Assurance Company Ahmad Al-Saleh said the company has completed the first stage of its healthcare system, saying it will be a model locally and regionally that will contribute to boosting healthcare indicators. The company is getting ready to receive nearly two million expats at its health facilities, as five centers have been equipped in Hawally, Farwaniya, Dajeej, Jahra and Fahaheel in the first stage, and all approvals have been obtained to get the licenses. The company will launch the second stage according to demographic studies on the concentration of expats.
At the National Assembly yesterday, MPs debated the issue of unemployment of Kuwaitis and urged the government to create more jobs for nationals, especially by speeding up the replacement of expatriates. The Assembly also warned the government to pay greater attention to a case under investigation by the public prosecution in which current and ex-MPs are among some 30 people suspected of money laundering and corruption. MP Abdulkareem Al-Kandari said he will grill HH the Prime Minister Sheikh Jaber Al-Mubarak Al-Sabah and new MP Bader Al-Mulla said he plans to grill the finance minister in early June.

On the employment of Kuwaitis, Minister of State for Economic Affairs Mariam Al-Aqeel made a lengthy presentation in the Assembly about the workforce, the number of expatriates and the government policy on the replacement of foreigners. She said that the number of expatriate employees in the private sector reached 1.64 million, representing 96 percent of the workforce at the end of last year, while Kuwaitis in the sector number some 62,000 employees, representing only 4 percent. She said 72 percent of expats in the private sector do not have university degrees.

The minister also said that as many as 272,000 Kuwaitis are employed in the government, accounting for 77 percent of the public sector workforce against some 75,000 expatriates and 2,000 bedoons (stateless people). The numbers do not include some 600,000 domestic helpers, all of them expatriates and a majority of them Asian. The minister said that only 8,800 Kuwaitis are registered for jobs and many of them have been offered jobs in the government but rejected them, some repeatedly.

She told the Assembly that tens of thousands of Kuwaiti graduates are expected to enter the labor market over the coming years and said that there are 160,000 technical jobs available for Kuwaitis in the private sector. Aqeel said some 10,000 new jobs are created by the government every year, along with 3,000 jobs taken from expats. She said as many as 15,000 jobs could be replaced annually in the private sector.

During the debate, several MPs criticized the government policy on employment, adding that the government must create more jobs to employ all Kuwaitis entering the job market. At the end of the debate, MPs agreed to form a committee to study the issue in the summer.

The Assembly also debated the issue of inflated accounts and suspected money laundering, in which at least two MPs and several ex-lawmakers are suspects, in addition to businessmen. MP Riyadh Al-Adasani said that at least 30 suspects are under investigation by the public prosecution after banks informed a specialized unit at the finance ministry about several inflated bank accounts and a number of suspicious transactions.

Finance Minister Nayef Al-Hajraf said banks have made 4,388 complaints to the ministry monetary investigation unit since 2015, and only 465 of those were sent to the public prosecution, adding that 277 files were referred to the state security police. MPs passed a recommendation calling on the government to appeal against any decision by the public prosecution to shelve the case. The Assembly did not discuss the issue of bedoons, but Speaker Marzouq Al-Ghanem said the issue must be fundamentally resolved, adding that decision-makers have a solution. The next session will be held on April 30. 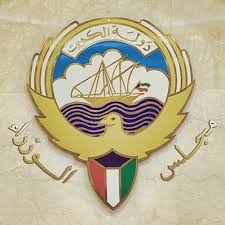 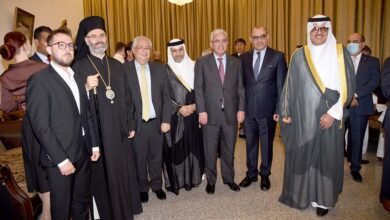 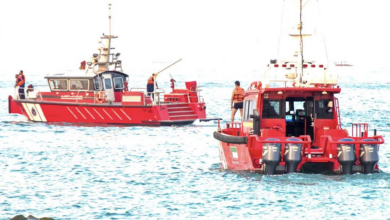