KABUL: Sixteen people were killed after militants stormed the American University of Afghanistan in Kabul, officials said yesterday, in a nearly 10-hour raid that prompted anguished pleas for help from trapped students.

Explosions and gunfire rocked the campus after the attack began Wednesday evening, just weeks after two university professors-an American and an Australian-were kidnapped at gunpoint near the school. No group has so far claimed responsibility for the assault, but it occurred as the Taleban ramp up their nationwide summer offensive against the Western-backed government.

The presidential office said the attack was “orchestrated” from Pakistan, Afghanistan’s longtime regional nemesis often accused of harboring the Taleban. “Sixteen people, including eight students, were killed and 53 others were wounded,” health ministry spokesman Waheed Majroh told AFP. “Some of the wounded are in critical condition.”

The interior ministry said the fatalities included policemen, a university guard and a guard from the neighboring vocational school for the visually impaired. Hundreds of trapped students were rescued during the overnight operation, many of whom tweeted desperate messages for help. Some used classroom furniture to barricade the doors while others made a mad scramble to escape through windows.

The attack began just after dusk, when the private university is usually packed with students, many of them working professionals doing part-time courses. “Students were pushing each other out of the classroom window,” Farzana, a young student who managed to flee told AFP. “I was reluctant to jump but a fellow student pushed me and I fell down. The rest I don’t remember.”

Authorities refused to confirm whether any hostages had been taken. NATO military advisers helped Afghan forces to respond to the attack, a US official said, without specifying how many troops were involved. At dawn, after the assault had ended, a few women students, some of them terrified and weeping, were escorted out of the campus by policemen.

‘Brutal attack’
The attack, apparently the first major militant assault on a prominent university in Afghanistan, has cast a pall on the education sector, seen as a rare symbol of hope for the country’s burgeoning youth at a time of rising insecurity. The growing number of students attending university, especially women, has been hailed as a success story in Afghanistan since the 2001 ouster of the Taleban regime, which banned women’s education.

The attack was “organized and orchestrated” from Pakistan, his office said in a separate statement, adding that Ghani spoke to Pakistan’s powerful army chief General Raheel Sharif to demand “serious measures against the terrorists”.

The elite American University of Afghanistan, which opened in 2006 and enrolls more than 1,700 students, was long seen as a high-profile target for militants partly because it attracts foreign faculty members. The two foreign professors at the university were seized from their vehicle on August 7, when the kidnappers smashed the passenger window and hauled them away at gunpoint. Their whereabouts are still unknown and no group so far has publicly claimed responsibility for the abductions, the latest in a series of kidnappings of foreigners. The uptick in violence comes as the Taleban escalate nationwide attacks, underscoring the worsening security situation since NATO forces ended their combat mission at the end of 2014.

Afghan forces backed by US troops are seeking to head off a potential Taleban takeover of Lashkar Gah, the capital of the southern opium-rich province of Helmand. The turmoil convulsing Helmand, blighted by a huge opium harvest that helps fund the insurgency, has left thousands of people displaced, sparking a humanitarian crisis. The Taleban have also closed in on Kunduz-the northern city they briefly seized last year in their biggest military victory so far-leaving Afghan forces stretched on multiple fronts.-AFP 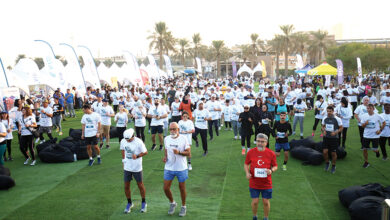 10th edition of RunKuwait: Running for a noble cause 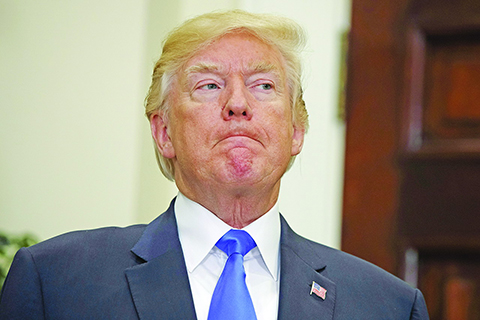 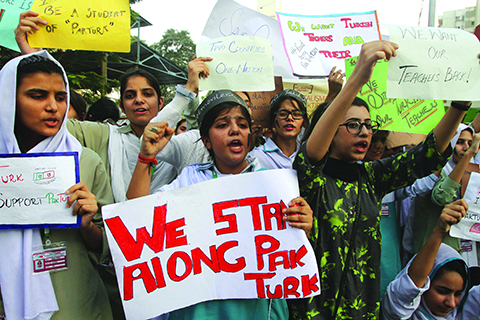 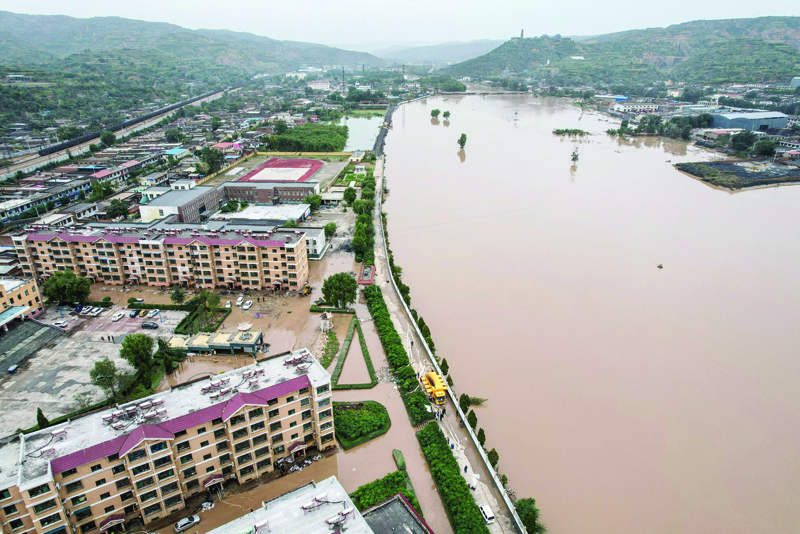