When his illness reached the point of death I asked him, “It is been three months you have been in the hospital, why didn’t anyone come to visit you?” This is a story many people – and I learnt unforgettable lessons from it. Two months after being admitted to hospital, I noticed his loneliness – which was the secret behind his constant sadness.

Day after day, he moves away from life and become closer to the hereafter. Day after day, he says goodbye to his fading dreams and becomes closer to his eternal abode. I watched him for a month while I was still wondering why he was abandoned. His history indicates that he has children, brothers and sisters, and there is no doubt that he has friends and colleagues, yet, no one came to visit him.

When I asked him about his loneliness in a beautiful spring day, he answered (while looking through the window into the sky): “I have five sons, four daughters, four brothers and four sisters. I know hundreds of people – friends, colleagues and neighbors. There are those who liked me, and those who were close to me. There were those who sought my friendship, but it was me who did not like anyone and I did not approach anyone”.

He looked at me as he confessed. “I don’t know when I took the dangerous decision that brought me to this level. I lived for myself only and I did not feel for others – and to be honest, I did not ask others to feel for me. I lived for my own sake. My wife (whom I left) was treated like a baby sitter. I left my children with their mother. Since the death of my father 20 years ago, I did not see my brothers and sisters. Some of them came to visit me until they became bored and tired of my attitude. I never visited anyone, and did not answer their calls. You can’t imagine how I was treating my colleagues, my neighbors and other people around me.

As for my mother who passed away a year ago, I did not visit her at all. She used to come to my house and wait for a long time – hoping to see me. The looks of amazement were getting wider in my eyes. He smiled and said “do not be surprised as there are many people like me out there. We only care for ourselves only. We measure every human being with the interest standard only. We only focus on those we can benefit from.”

Few days later, I visited him just before he went into coma. I saw tears in his eyes that seeped down to his cheeks. I wiped his tears with my handkerchief and then grabbed his hands tenderly. He smiled and said, “I miss my children and brothers so much, but the end is fast approaching”. Anyone who has time should build a house in the hearts of others before it is too late. 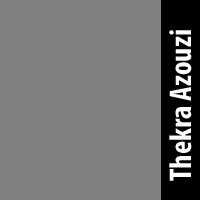 Fasting: The 4th pillar of Islam

Expats between security campaigns and sponsors