LONDON: US prices for the world’s 20 top-selling medicines are, on average, three times higher than in Britain, according to an analysis carried out for Reuters. The finding underscores a transatlantic gulf between the price of treatments for a range of diseases and follows demands for lower drug costs in America from industry critics such as Democratic presidential candidate Hillary Clinton. The 20 medicines, which together accounted for 15 percent of global pharmaceuticals spending in 2014, are a major source of profits for companies including AbbVie, AstraZeneca , Merck, Pfizer and Roche.

Researchers from Britain’s University of Liverpool also found US prices were consistently higher than in other European markets. Elsewhere, US prices were six times higher than in Brazil and 16 times higher than the average in the lowest-price country, which was usually India. The United States, which leaves pricing to market competition, has higher drug prices than other countries where governments directly or indirectly control medicine costs. That makes it by far the most profitable market for pharmaceutical companies, leading to complaints that Americans are effectively subsidising health systems elsewhere.

Manufacturers say decent returns are needed to reward high-risk research and prices reflect the economic value provided by medicines. They also point to higher US survival rates for diseases such as cancer and the availability of industry-backed access schemes for poorer citizens. In recent years, the price differential has been exacerbated by above-inflation annual increases in US drug prices at a time when governments in Europe have capped costs or even pushed prices down.

In fact, US prices for top brand-name drugs jumped 127 percent between 2008 and 2014, compared with an 11 percent rise in a basket of common household goods, according to Express Scripts, the largest US manager of drug plans. In Europe, meanwhile, the impact of austerity on health budgets since the financial crisis has led industry executives to complain of single-digit percentage annual price declines.

Price Discounts
The US Pharmaceutical Research and Manufacturers of America (PhRMA) says international comparisons are misleading because list prices do not take into account discounts available as a result of “aggressive negotiation” by US insurers. These discounts can drive down the actual price paid by US insurance companies substantially. However, similar confidential discounts are also offered to big European buyers such as Britain’s National Health Service. “The US has a competitive marketplace that works to control costs while encouraging the development of new treatments and cures,” Holly Campbell, PhRMA’s director of communications, said in a statement.

PhRMA also argues that while Americans may pay more for drugs when they first come out, they pay less as drugs get older, since nearly 90 percent of all medicines prescribed to US patients are now cheap generics. In Britain, generics account for just over three-quarters of prescriptions and that level is lower in other parts of Europe. Still, the United States is slower to see the arrival of generic competition to some top-selling drugs, which explains some of the differences in pricing for certain medicines on the top-20 list.

Overall, the analysis found that price differentials were slightly smaller for complex antibody-based drugs, which are used to treat conditions like cancer and rheumatoid arthritis. Many of the biggest differences were evident for older drugs, reflecting the fact that prices are typically hiked each year in the United States, said University of Liverpool drug pricing expert Andrew Hill. “It shows the US drug pricing situation isn’t just a matter of isolated cases like Turing Pharmaceuticals,” he said. The latest furore over US drug costs was prompted by the decision by unlisted Turing to hike the cost of an old drug against a parasitic infection to $750 a pill from $13.50. It has since promised to roll back the increase. The same medicine is sold in Britain by GlaxoSmithKline for 43 pence (66 cents). – Reuters

What you don’t know, you can’t change 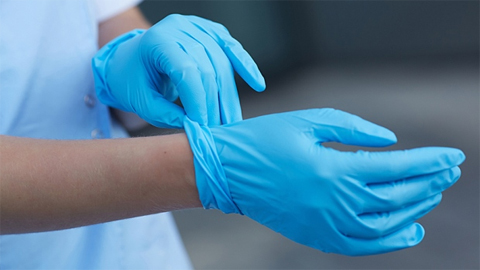