Spare a thought for Snow White: So casually has she been written out of “The Huntsman: Winter’s War” that even Queen Ravenna’s all-knowing mirror, when called upon to name the fairest of them all, omits her as a contender. Vague excuses are made for her absence from a film that awkwardly positions itself as both prequel and sequel to the Goth-lite derring-do of 2012’s “Snow White and the Huntsman,” though perhaps Snow skimmed Evan Spiliotopoulos and Craig Mazin’s perfunctory script and reasonably decided she couldn’t be bothered. In her (and Kristen Stewart’s) place, a Katniss Everdeen-styled Jessica Chastain steps into the breach, fighting for good alongside Chris Hemsworth’s eponymous hero-this time against two wicked-queen combatants in Charlize Theron and Emily Blunt, whose glittery sisterly feud would have made for an adequate spinoff vehicle on its own.

Even their doubled-up diva-tude, however, can’t ignite a rhythmically flat, seemingly committee-helmed franchise outing that never decides on its dramatic center. “There is another story-one you have not yet seen,” a po-faced (and excessively employed) narrator informs viewers at the outset of “The Huntsman: Winter’s War.” He’s speaking somewhat optimistically, it turns out, since Spiliotopoulos and Mazin’s hastily cobbled-together mythos cribs liberally from existing fairy-tale lore, with a not-inconsiderable side scoop of Disney’s ubiquitous smash “Frozen.” What the narrator doesn’t tell us is precisely which story he’s referring to: At least two are jostling for space here, each one stepping conspicuously around the events of the previous film, though not maintaining complete continuity with it. (The intermediate backstory of Chastain’s virtuous warrior Sara, for example, appears to shift at least once in the course of the new pic’s screenplay alone.)

Royal scalp
“The Huntsman’s” opening act, chronologically preceding the timeline of “Snow White” by a couple of decades, is dedicated to matters of queenly corruption, reintroducing Theron’s vixenish Ravenna as she adds another royal scalp to her growing list of kills, via a black magic-abetted chess match. She assumes power as her pure-hearted younger sister, Freya (Blunt), looks on; professing to have no political or supernatural aspirations, Freya instead dreams of courtly bliss with the young Duke (Colin Morgan) whose child she is to bear. When her plan is foiled in grisly fashion, however, her witchy powers-chiefly, a touch of frost markedly similar to Queen Elsa’s-belatedly emerge. She defects to her own wintry Ice Queendom, fostering her own army and banning human affection from her domain: “Love is nothing more than a fairy tale,” she hisses, coolly oblivious to her own generic surroundings.

Among the child soldiers she rears are prodigious huntspeople Eric and Sara, who eventually take the strapping, mutually amorous forms of Hemsworth and Chastain. Their romance prompts an arctic intervention from Freya; Eric is banished, believing Sara dead. It’s here that the tale of “Snow White and the Huntsman” slots in in its entirety, necessitating an ungainly timeline leap of seven years: War is indistinctly looming, reigning monarch Snow White is indistinctly indisposed, and the vanquished Ravenna’s missing mirror is now a vital quarry sought by Snow White’s and Freya’s palaces alike. Huntsman Eric is enlisted to retrieve it for the former, as faces from the past are resurrected along the way.

Voluble chemistry
It’s a straightforward enough quest, though the doom-laden stakes attached to it aren’t most urgently felt. As if anticipating auds’ lack of investment in Eric’s rather colorless presence, much of his ostensible screen time is given over to the “Lord of the Rings”-aping comic relief of sidekick dwarves Nion (Nick Frost, returning from the previous film) and Gryff (Rob Brydon, providing his patented Welsh-neurotic shtick). It’s a dynamic that itself doesn’t quite click until Sheridan Smith, as assertive she-dwarf Bromwyn, arrives on the scene. Regrettably dispensable to the larger narrative, Smith (whose firecracker skills are already familiar to British TV auds) nonetheless proves the liveliest element in these dour proceedings. She certainly has more voluble chemistry with Hemsworth than a muted, uncertainly Scots-accented Chastain-formidable in medieval archery chic, but otherwise (not unlike Stewart before her) finding little to grapple with in a character strictly shaped with the Hollywood screenwriter’s favored tough-cookie cutter. The silly-stern sportsmanship she brought to last year’s “Crimson Peak” would have been most welcome here.

Also opting not to camp things up-at least minimally so, relative to Theron’s gilded bitchery, is Blunt, who maintains a shrill, brittle sense of vulnerability in Freya even as she crosses over to the dark side, though the film is considerably less interested in such character detailing than in giving her the glitziest brand of digital sorcery money can buy. No prizes for guessing that first-time feature helmer Cedric Nicolas-Troyan, taking the reins from Rupert Sanders, was the Oscar-nominated visual effects supervisor on “Snow White and the Huntsman”: Every frame here is expensively embellished with racing icicle formations, arbitrary light beams or glistening synthetic sprites, though he seems to have a less decisive hold on the film’s lurching to-and-fro storytelling.

Impractical showiness
If, then, the pic seems to rush through the murkier adventures of the Huntsman to hasten a palace-set finale that may as well be subtitled “Slay, Queen,” it’s because the posher of its twin story arcs simply affords more fabulous spectacle-in the effects department, certainly, but also in the slinky form of Colleen Atwood’s unapologetically over-designed royal gowns, veritably cantilevered constructions of metal, feathers and flesh. (Even Hemsworth’s fetching leather work garb has taken on a slightly impractical showiness; it’s barely a few rips away from fetish gear.)

The sheer abundance of on-screen ornamentation isn’t quite enough to make “The Huntsman: Winter’s War” a beautiful film-in contrast to the Indian-ink-and-gold contrasts of Greig Fraser’s work on its predecessor, there’s a milky glare to Phedon Papamichael’s lensing that isn’t quite seductive. Still, it’s one that has been exhaustively designed by many hands-which only further shows up its inelegant patchwork in the writing department. “While fairy tales do come true, none ever truly ends,” that same tireless narrator intones before the credits roll-inevitably threatening a further contortion of this heavily stretched story material, but inadvertently copping to the shapelessness of what we’ve just seen.-Reuters 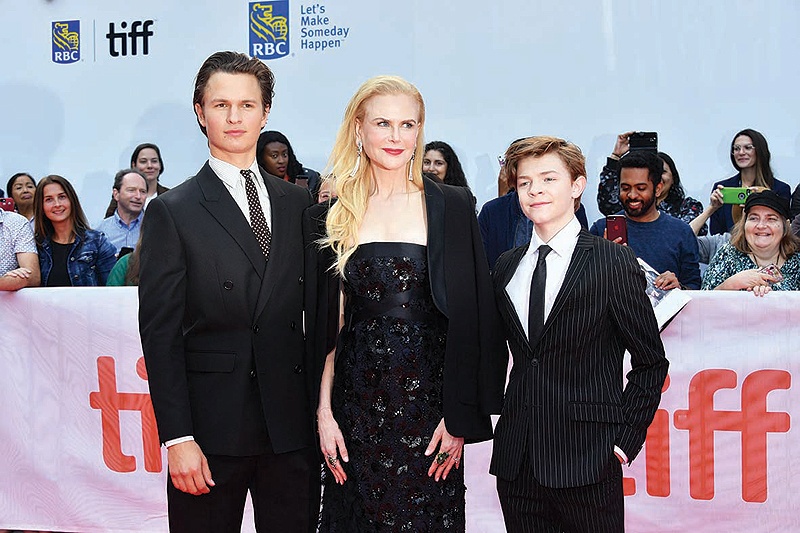 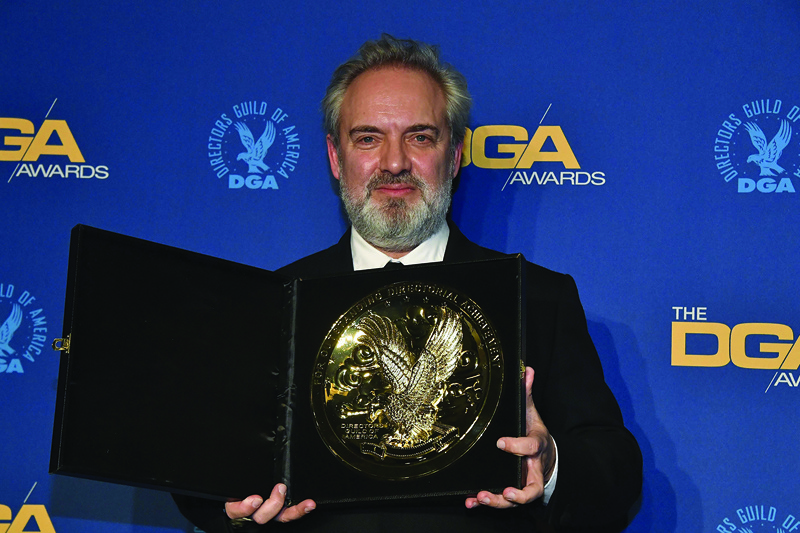 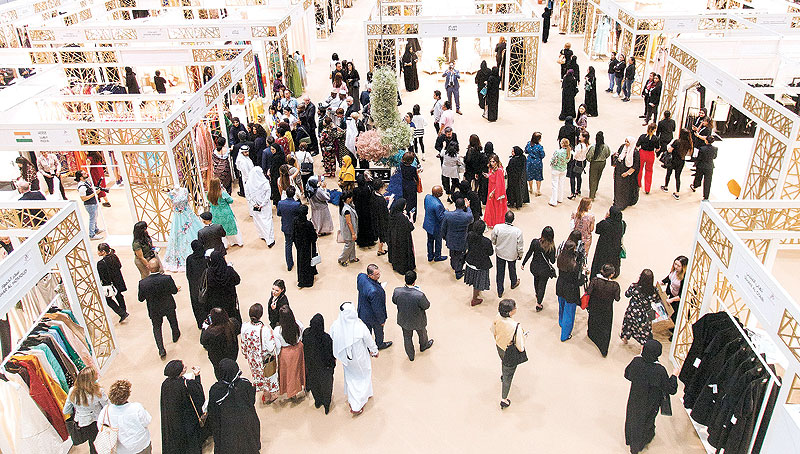 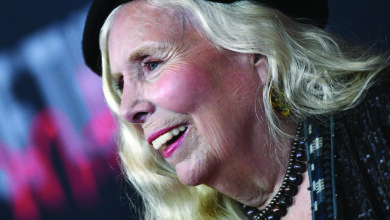