“Those are not Kuwaitis,” they describe them, thinking that they alone are the real Kuwaitis

Naturalization is an international phenomenon found in all countries worldwide, and each country has its own naturalization laws. Kuwait is no exception. Some countries are very lenient in granting citizenship to applicants, while others are very strict about this issue. I believe Kuwait is one of the most stringent countries in terms of naturalization.

As an example, a country that I do not know or maybe cannot remember its name granted an acquaintance of mine citizenship without him even visiting or setting eyes on it. Even he found it very hard to remember its name when I asked him about it.

A huge number of Kuwaitis, unfortunately, believe that a great number of those granted Kuwaiti citizenship do not deserve it and are not true Kuwaitis. “Those are not Kuwaitis,” they describe them, thinking that they alone are the real Kuwaitis. They even look down upon them because they are not ‘genuine’ or original Kuwaitis like themselves!

I believe this is an extreme ideological deviation and delinquency from truth and those adopting it do not actually realize its danger to national unity and solidarity. What those people do not realize, or are actually trying to forget on purpose, is that Kuwait was formed by immigrants from nearby or faraway surrounding places.

The roots of these ‘genuine’ Kuwaitis themselves are not purely Kuwaiti, as they are actually a group of immigrants. If me and my father are purely-born Kuwaitis, my grandfather was not. He was an immigrant. The first Kuwaiti census was held in 1957 and the entire population then was around 130,000, including less than 100,000 Kuwaitis.

So, I urge those complaining about naturalization – just imagine how large they expect Kuwait’s population would be after six decades since that census was made. Will it please them if Kuwaitis were 300,000 or less? Do they really think that a developing country like Kuwaiti can develop with such a population?! –

Translated by Kuwait Times from Al-Anbaa

Merkel in spotlight as EU faces fallout - Bloc seeks to preserve its unity, win back voters 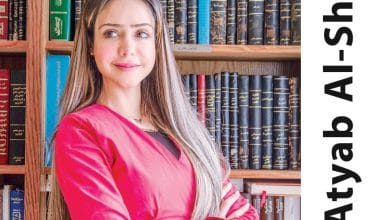 Criminal use of the veil