BALATA CAMP: In Palestinian refugee camps in the Israeli-occupied West Bank, some residents are preparing weapons for a potential power struggle when president Mahmud Abbas finally leaves the stage. Abbas, 85, leader of the dominant Fatah movement and of the Palestinian Authority (PA), has promised legislative and presidential elections in 2021, for the first time in almost 15 years. Rivals are already seeking to build up a power-base. In Balata camp, outside the city of Nablus, walls are plastered with posters picturing Hatem Abu Rizq, regarded as a “martyr” of Palestinian infighting.

On October 31, Palestinian media reported one dead and others wounded in Balata, where 30,000 people are crammed into one quarter of a square kilometer. This time, the casualties were not the result of a clash with Israeli forces, although Abu Rizq spent almost 10 years in Israeli jails for his part in the Palestinian uprising of 2000 to 2005. At the age of 35, he died in the eruption of intra-Palestinian violence in October. Palestinian officials said he was killed by the premature explosion of a bomb he was about to detonate.

“But in truth he was killed by shots from the Palestinian Authority,” says his mother, Um Hatem Abu Rizq, in the family’s tiny apartment in a dilapidated concrete building. “He was looking to fight corruption within the Palestinian administration, that’s why they didn’t like him,” she weeps, kissing a giant poster of her son. Was he working for exiled former Fatah Gaza security chief Mohammed Dahlan, as alleged by PA officials? “If Hatem were with Dahlan, we would not live in such an apartment,” said his mother, whose two other sons are in hiding, fearing for their lives.

Dahlan’s shadow?
In the Palestinian territories, Dahlan’s name comes up repeatedly in connection with the normalisation agreements between Israel and the United Arab Emirates, announced in August and signed in Washington in September. He fell into disgrace in Fatah after his security forces in Gaza were routed by Hamas in 2007. Four years later, he was kicked off Fatah’s central committee on charges of “subversion”.

He went into exile in Abu Dhabi where he became an adviser to Crown Prince Mohammed bin Zayed and a key player in the Israel normalization accord bitterly opposed by the PA. Following the announcement of the UAE’s pact with the Jewish state, Palestinians in the West Bank publicly trampled posters of “traitor” Dahlan. But his name has been mentioned as a possible contender for a “successor” to the 85-year-old Abbas, who has headed the Palestinian Authority since 2005 after the 2004 death of Yasser Arafat.

Inside the Palestinian political establishment however, the post-Abbas future is a taboo subject. “In this region, we don’t like to talk about life after death,” an influential Fatah figure said recently. The PA’s governor of Nablus, Ibrahim Ramadan, has no doubt about Abu Rizq’s loyalties. “Hatem Abu Rizq was with Dahlan,” he told AFP, adding that since his death, 14 members of the government security forces have been wounded in attacks in Balata. “These people only understand the language of force and need to understand that we are strong,” he said.

“Their aim is to create unrest and show that the Palestinian Authority does not control the camps,” he told AFP in his apartment ringed by surveillance cameras. “They want to instigate a revolution from the camps, then say that Dahlan must come back to solve the problem.” Dahlan sympathizer and Fatah member Dimitri Diliani says the PA sees the hand of Dahlan in what is simply the anger of refugees who feel downtrodden and ignored. “This is Dahlanphobia, a phobia that the PA is suffering,” he said. “This is a pandemic worse than Covid-19. “It is a reaction to political harassment that has been carried out by the Palestinian Authority,” he added.

‘Fertile soil’
The United Nations envoy for the Middle East, Nickolay Mladenov, told AFP he was “deeply concerned” about growing tensions between residents of Balata camp and the Palestinian security forces, and called for “all parties to show restraint”. Emad Zaki, who heads a committee that oversees services for camp residents, said people wanted change.

“In Balata, it is not that people like Dahlan, but they are looking for an alternative to improve their lot… it is fertile ground.” He said the dispute has sparked an influx of weapons into the camp outpacing that of the uprising, or intifada, of 20 years ago. “There are more weapons today in Balata than during the second intifada,” he said. “There are rocket launchers, Kalashnikovs and M16 (assault rifles)”. – AFP

Jerusalem: A battle over 'every inch' of land 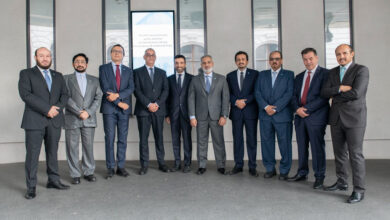 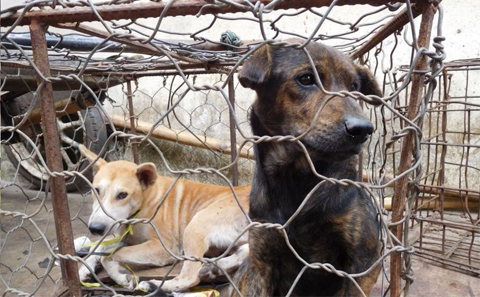 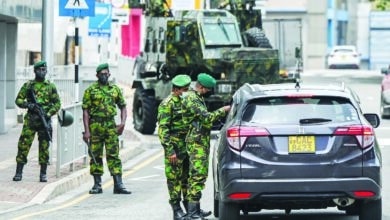 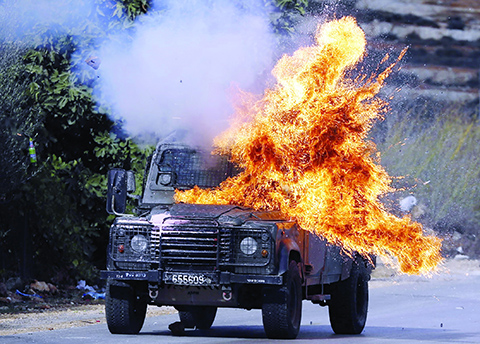