MELBOURNE: Defending champion Rafael Nadal hobbled out of the second round in a huge upset at the Australian Open on Wednesday, as Coco Gauff beat Emma Raducanu in a battle of the rising stars. Nadal’s wife Mery was in tears as the injury-hampered Spanish great lost to 65th-ranked Mackenzie McDonald at Rod Laver Arena, where the roof was closed because of more rain in Melbourne.

The 36-year-old Nadal was clearly hindered by a hip issue that required a medical timeout, as he went down 6-4, 6-4, 7-5 to the American. It was the reigning champion’s earliest exit from a major in seven years and will lead to more questions about whether injury and age are catching up with the record 22-time major champion. The men’s title now looks Novak Djokovic’s to lose.

Nadal said defeat “hurt” and acknowledged that injuries were taking a toll. In contrast to Nadal’s disappointment and pain, 27-year-old McDonald is into the third round and a match against Yoshihito Nishioka of Japan. “He’s an incredible champion, he’s never going to give up regardless of the situation,” said McDonald of his beaten opponent. “I was trying to stay focused on what I was trying to do and he kind of got me out of my rhythm, and I just got through it.”

Melbourne’s famously fickle weather played more havoc on day three. On Tuesday play on most courts was stopped because of extreme heat and then matches were suspended later in the day on the outside courts by heavy rain. More rain fell on Wednesday as organizers frantically tried to clear a backlog of matches. Only matches on the three main stadiums, which have roofs, were able to begin on time. The outside courts belatedly saw action, but six hours of play was lost.

The Italian 15th seed Jannik Sinner, 16th seed Frances Tiafoe and sixth seed Felix Auger-Aliassime all won. So too did Daniil Medvedev, the losing finalist at the past two Australian Opens, who overcame a partisan crowd to dismiss Australian wildcard John Millman 7-5, 6-2, 6-2. Seventh seed Medvedev will fancy his chances now that Nadal is on his way home. So too will Greek third seed Stefanos Tsitsipas, who raced past Australian wildcard Rinky Hijikata in 92 minutes.

The 18-year-old American Gauff, seen as the heir to now-retired Serena Williams, defeated former US Open champion Raducanu 6-3, 7-6 (7/4). It was a first-ever meeting between the two and a glimpse of an exciting future for women’s tennis. The two good friends went toe-to-toe throughout, exchanging service breaks, but the turning point came in the second set when the American grittily saved two set points at 4-5.

Gauff then edged past the 20-year-old Briton on her third match point in the tiebreak, before they embraced warmly at the net. “The whole match was great and considering the circumstances I can imagine both of us was nervous. This was a long-anticipated match-up since the draw came out,” said Gauff. Earlier, world number one Iga Swiatek and dangerous American Jessica Pegula led the charge into the third round.

Polish title favorite Swiatek swept past Colombia’s Camila Osorio 6-2, 6-3 while third seed Pegula downed Belarusian Aliaksandra Sasnovich 6-2, 7-6 (7/5). Greece’s Maria Sakkari also went through, but she looked anything but the sixth seed in a 3-6, 7-5, 6-3 struggle against Russian qualifier and college student Diana Shnaider. Sakkari was irked by Shnaider’s fist pumps and celebratory screams, before finding her composure. “During a match, you can be very pumped,” Sakkari said. “But the way that some players celebrate their points, it’s not appropriate. I wasn’t happy with that.” In the last match of the day, last year’s beaten finalist Danielle Collins had an almighty scare before defeating Karolina Muchova 6-7 (1/7), 6-2, 7-6 (10/6). – AFP 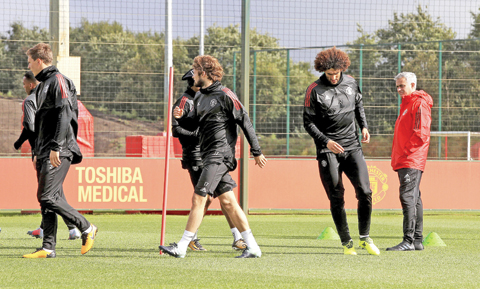 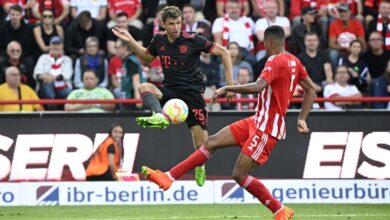 Bayern and Leipzig stumble as Freiburg go top of Bundesliga 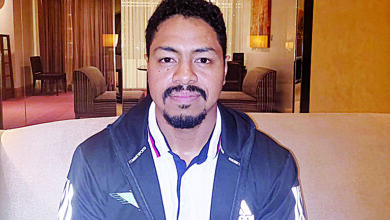 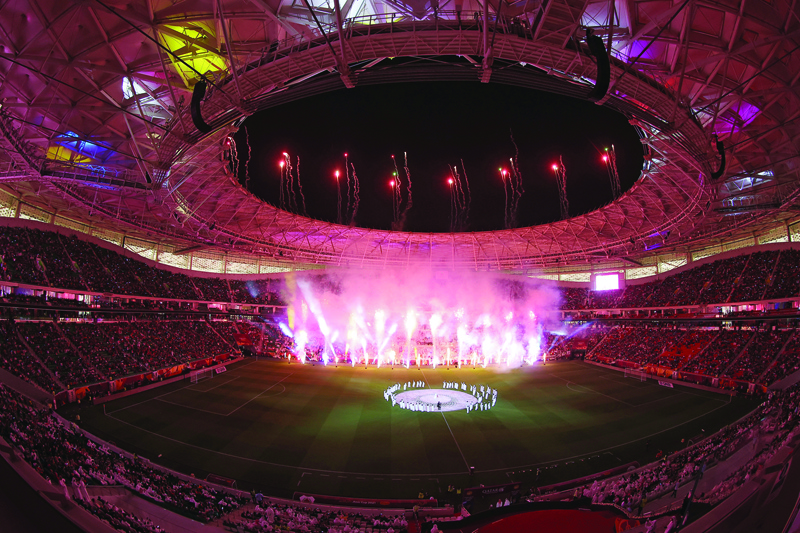 One year from World Cup, clock ticks louder for Qatar