MOSUL: Elite Iraqi forces engaged in “intense” fighting with militants in eastern Mosul yesterday, an officer said, as civilians who had been trapped by the fighting sought to flee the city. Iraqi forces launched a massive operation to retake the country’s second city from the Islamic State group on October 17, and the Counter-Terrorism Service (CTS) special forces have pushed the jihadists back from some Mosul neighborhoods. In neighboring Syria, the US-backed Syrian Democratic Forces (SDF) said they were making progress towards Raqqa, the other remaining city in the cross-border “caliphate” that IS declared two years before.

But there are still weeks if not months of fighting ahead in Mosul, and Raqqa may take even longer, with the SDF saying it is still some 30 km from the city. “The fighting is intense this morning. We’re trying to fortify our positions in Arbajiyah before continuing our attack into Al-Bakr,” said CTS Staff Lieutenant Colonel Muntadhar Salem, referring to two Mosul areas.

Salem later clarified that the aim was to surround Al-Bakr but not to assault it for now. Staff Lieutenant Colonel Ali Fadhel also confirmed that objective, saying: “We… are advancing towards Al-Bakr so that we can surround it.” “There were three car bombs coming out from Al-Bakr toward our positions that we spotted with our drone and hit with our tanks,” Salem said. The militants are also using drones for observation, one of which was shot down by CTS forces, Fadhel said. The gun and mortar fire in the city lessened in intensity as the day wore on, though there was still some sniper fire in the afternoon.

As fighting raged deeper in the city, civilians, some of them carrying white flags, walked toward its outskirts, gathering near an Iraqi military truck that would take them out of the city to safety. In the Arbajiyah area, CTS escorted a group of about two dozen civilians, some of them wounded, away from the front line. “We’ve been stuck for 10 days,” Luay Abdelqader Mohammed, a resident of Arbajiyah, told AFP. “Today, these guys came and we called out to them. We put up the white flag and they got us out,” Mohammed said, referring to CTS forces. “Eight of my family members were wounded in the fighting, but (CTS) treated us here. I’m going to try to get out and go to Baghdad, and we’ll only return if the situation here calms down,” he said.

More than 49,000 people have now been displaced since the Mosul operation began, the International Organization for Migration said yesterday. Aid workers have said that a million or more people could be displaced by the battle for Mosul, meaning that the worst may still be ahead. In neighboring Syria, SDF forces have recaptured villages from IS as part of their advance on Raqqa, a spokeswoman said.

They were nearing the end of the first phase of the operation, the goal of which is besieging IS in the city, Jihan Sheikh Ahmed told AFP. “Yesterday six villages and a number of farms and strategic hilltops were liberated,” Ahmed said  yesterday. “We are now 30 kilometers from Raqqa,” she said. The Syrian Observatory for Human Rights monitoring group said that at least seven SDF fighters were killed and others wounded in an IS ambush north of Raqqa on Thursday, but Ahmed denied that report. – AFP

Four Americans killed in US base attack in Afghanistan 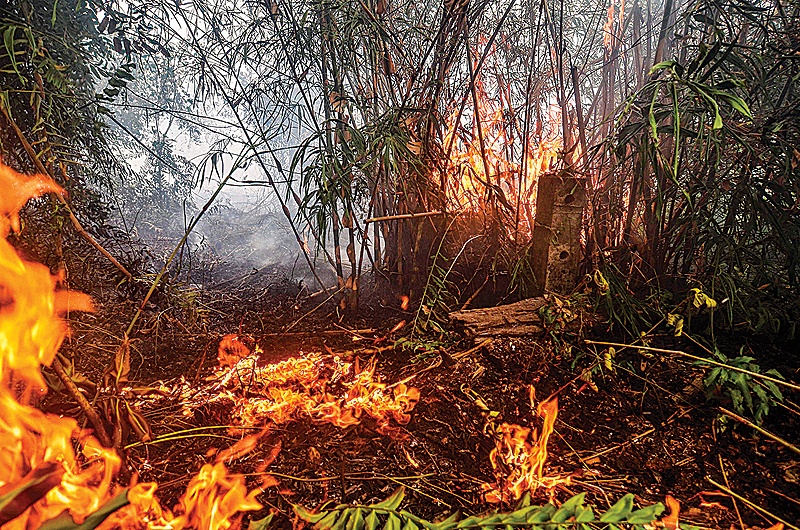 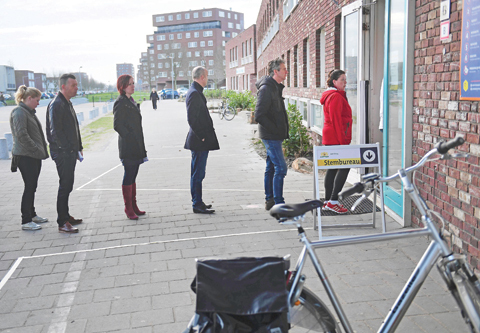 Dutch vote in test of anti-immigrant sentiment in Europe 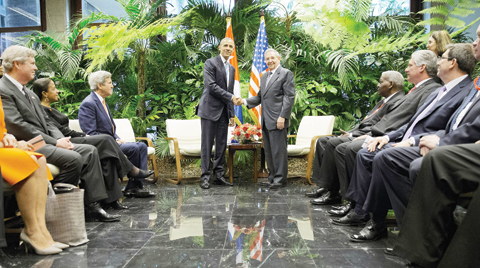