BRUSSELS: The coronavirus pandemic has affected the work of humanitarian and charity aid organizations globally but also provided them with new challenges to offer their services to the needy. “Pandemic has provided us with a fresh humanitarian challenge, but it has also affected our capacity to deliver the normal humanitarian responses that we were doing before the pandemic,” said Ed Blagden, head of supply operations in Oxfam international aid organization.

He was speaking to the Kuwait News Agency (KUNA) at the international aid and development community exhibition, AIDEX, which was held in the Brussels Fair grounds recently. “The challenge for us is to deliver aid and service amidst the pandemic,” said Blagden. He noted that Oxfam has been playing an important role in countries like India by providing face masks, sanitary kits and oxygen concentrators. They are also engaged in humanitarian work in Yemen, Ethiopia and recently in Afghanistan.

Meanwhile, Secretary General of Humanitarian Relief Foundation (IHH) of Turkey, Dumrus Aydin, said the Istanbul-based organization is engaged in humanitarian and emergency aid in 123 countries around over the world since 1992. It is one of the largest NGOs in Turkey and cooperates with UN agencies and international aid organizations as well as with Gulf countries.

“From my point of view the pandemic has a positive effect on global humanitarian aid because it is a time for the NGOS to show ourselves more to the needy people on the field especially when it has increased the need of the people,” he told KUNA. “Because of economic collapse of many states and organizations we are able to serve the people much more than ever,” said Aydin. He pointed out that Kuwait is one of the major contributors in the world to give humanitarian assistance.

“The late Amir (Sheikh Sabah Al-Ahmad Al-Jaber Al-Sabah) was the father of humanitarian aid programs around the world, and the current Amir (His Highness Sheikh Nawaf Al-Ahmad Al-Jaber Al-Sabah) is also a leader in humanitarian assistance around the globe,” he said. Aydin said IHH is cooperating with a lot of NGOS in Kuwait. “We are assisting them and they are assisting us in terms of global humanitarian crisis in particular in Syria and in some other areas. We are very much in cooperation with NGOS in Kuwait,” he said.

Pal-Epsen Nordhaug, export director of the Norway-based Hallgruppen which delivers construction and building solutions, weather shelters for building sites and tents said due to the pandemic we have been supplying to a lot of hospitals mainly in Africa for COVID response. “So, for us, it has been a major growth,” he said and noted that they have also been supplying tents and hospital structures to Dubai which is the main hub for the World Food Programme.

Arnaud Battery, project manager operations at the French CLS company which provides telematic solutions to UN agencies and NGOs for the humanitarian aid, said COVID-19 is a worldwide pandemic so it has some effect on all sectors. He explained that they make equipment to help vehicles track and monitor their position and road safety and are engaged in Africa and the Middle East.

Imran Nisar, head of special projects at the London-based Al-Khair foundation said the pandemic has affected everyone, noting that in the UK lots of people have lost their jobs and incomes have fallen so the spending power has got less and hence the first victim is charity donations. Nisar told KUNA that surprisingly donations for Al-Khair foundation during the fasting month of Ramadhan this year went up.

A vast majority of their projects are in the Middle East, Asia and Africa, but they also do some charity work in the UK itself. Their funding comes from the public who are mainly Pakistani, Indians, Bangladeshis and there were a lot of people giving charities, he explained. They have a branch in Istanbul which covers Palestine, Syria, Yemen and Lebanon. He noted that after Brexit they face a lot of document checks and makes their work more difficult when coming to the EU.

Alouan Abu Ibrahim from the Brussels-based Charity and Humanitarian organization established in 2013, said they do charity work in Syria, Myanmar, Palestine and Yemen. He said coronavirus had “little affect” on their work and he hopes to visit the Gulf countries, including Kuwait, soon to promote cooperation with charity organizations there. Romel Ahmad responsible for public relations at AIDEX said it was the tenth such exhibition in Brussels that the Montgomery group based in London has organized.

In 2020 AIDEX was cancelled due to the pandemic. “The whole events sector in the world was ground to a halt due to the pandemic in April 2020,” he told KUNA. But even after Brexit (UK left the EU in January 2020) they will continue to organize their exhibition in Brussels since it is the political capital of the EU, he said.

There were about 100 participants this year down from about 200 in Aidex 2019 and visitor numbers were also less. AIDEX is the leading platform for the international aid and development community to come together and improve the efficiency of aid, he said and noted that Qatar is one of the major sponsors of the event. It encompasses a conference, exhibition, awards, networking and workshops. Its fundamental aim is to engage the sector at every level and provide a forum for humanitarian aid professionals to meet, source, supply and learn, he added. – KUNA

Kuwait condemns Houthi militia breaking-in of US embassy in Sanaa 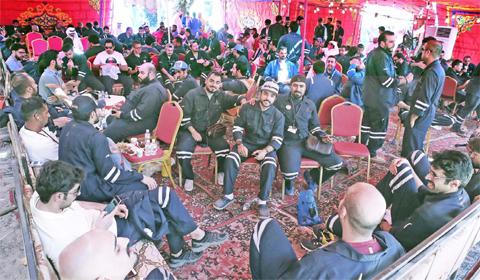 Unions defiant, insist no mediation attempts were made 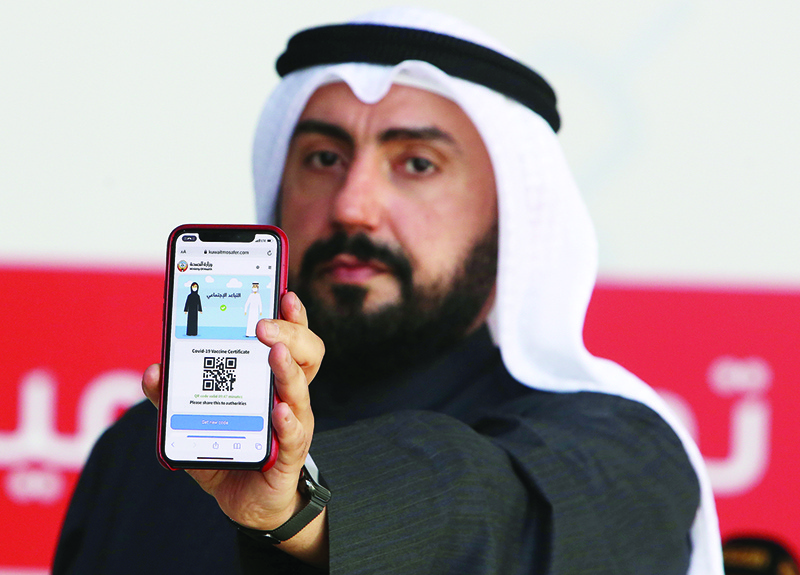 Kuwait marked numerous victories in fight against COVID-19 in 2021 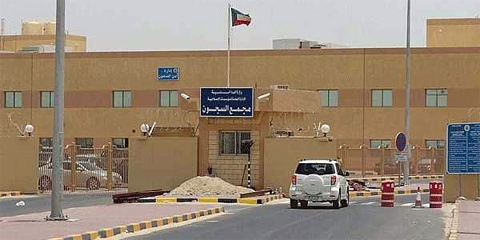 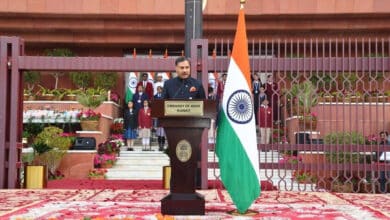