President of Kuwait and Arab Shooting Federations thanked on behalf of KSSC board of directors, His Highness the Amir for his sponsorship of this annual international grand prix in which a large number of Arab and foreign shooters are participating. Al-Otaibi hoped that Kuwait shooters continue their outstanding achievements. 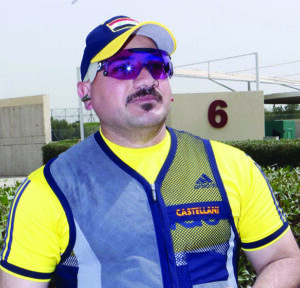 There will be a friendship championship today between Kuwait and Japan Paralympics in celebration of 60 years of diplomatic relations between the two countries. Head of the Iraqi delegation Sabeeh Murad Kazem said Iraq will participate in the Trap and Skeet events. He said his team prepared well for the tournament. He thanked Kuwait and the Shooting Federation for their hospitality.