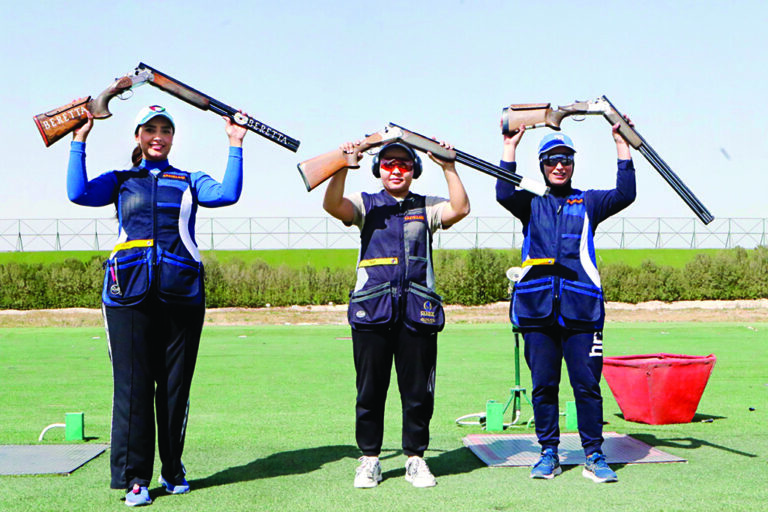 In the women’s event, Iman Al-Shammaa grabbed the women’s skeet medal and her teammate won bronze while Kazakhstan’s Assem Orynbay took the gold. In his conclusion statement, President of Kuwait and Arab Shooting Federation Engineer Duaij Khalaf Al-Otaibi said that Kuwait shooters performed well and had new records, adding that Kuwait Shooting Sport Club will include the shooters in the most important international events that qualify for the Paris 2024 Olympics. Al-Otaibi thanked His Highness the Amir Sheikh Nawaf Al-Ahmad Al-Jaber Al-Sabah and HH the Crown Prince Sheikh Mishal Al-Ahmad Al-Jaber Al-Sabah for their major support.

Shooter Iman Al-Shammaa said she was happy with the silver medal following a very hard competition by shooters. She said the Grand Prix was successful as she gets ready for the Gulf Games to be held in Kuwait in May. Afrah Adel, the skeet bronze medal winner, dedicated her win to HH the Amir.