March 8 was International Women’s Day. The 2016 theme for this day was “Planet 50-50 by 2030: Step it up for Gender Equality”. This topic is worth considering. With the world in confusion now, we really need to consider the status of women in all countries with a special focus on gender equality as an issue of concern for women in Arab countries with emphasis on war and terror zones as well as areas of conflicts such as Syria and Iraq.

This day is the right time to revise the progress we made to rescue and support poor and troubled women in areas of disputes, and at the same time call on educated and rich women in Arab countries including Kuwait for a radical change to upgrade their level of participation and involvement in society’s sustainable development as partners and not followers or slaves or observers from ivory towers.

Moreover, this day should be marked as a day of awareness and a call for all women not to accept less-favorable treatment because of their gender. A plea for women to think twice before blowing themselves up and killing themselves believing it’s a heroic act and an act of love for their menfolk, because it is not.

While this topic is important because there are many injustices against women today, I have to exclude the UAE because it has several woman ministries and senior female officials. A big salute to Sheikh Mohammed bin Rashid Al-Maktoum for supporting Emirati woman to be leaders in their society. His recent choice of female ministries was an act of courage, appreciation and determination to motivate educated and young women to play an extraordinary role in the history of their country and community. In the UAE, all days are women’s days.

Just to remind everyone here in Kuwait, we have one woman minister since the last couple of years and zero female MPs in the 50-member parliament now. So when it comes to gender equality, let me remind you all that we don’t have much to celebrate except hopes that maybe one day a woman would have the right opportunity to make a mark on the decision making process here. As long as Kuwaiti women fail to support other women to reach the parliament and have the power to put pressure on the government’s formation to have more than a single woman, then there is no achievement worth mentioning or recording in history books or even weekly social magazines.

It is amazing that this day passed in Kuwait with little recognition except by a few societies that issued a press release on the need to support women. I thank them because they remind everyone that we still have a long road ahead.

A few months ago I was asked what’s wrong with Kuwaiti women and why don’t we see much of them in positions of decision-making? I believe women who are at the forefront are a major obstacle in the advancement of Kuwait today. They don’t want to move out or support any woman to move forward in any senior position. For example, think of any government celebrations and you will only find the same repeated names that have been honored thousands of times, as if this is what Kuwait is all about. With all respect to them, they should step out, be less selfish and allow young Kuwaiti women to take the lead. But I don’t see this happening. This issue of gender equality is a lesson that must be taught in schools.

So how can we face this problem here and what should we do to help other women? We need to ensure that all girls have access to education and reject discrimination against women under any circumstances. Another serious issue here is that we need to call for eliminating all harmful practices, such as early and forced marriages and female genital mutilation. There are many social practices and old traditions that are damaging women in conservative societies. We need more women in the field work of international organizations to carry out tough missions such as promoting gender equality.

Until next year, we need to pray that maybe we will have some real achievement for women in Kuwait at the hands of other Kuwaiti women.

Business as usual at Gitmo

Police: Assurance or a scare

Lest We Throw Stones 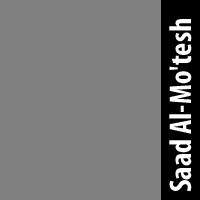 An expert with a towel!