“Intizar Faraj” is a play that reflects the reality in Lebanon with its problems and worries, be it in the diaspora or at home, in a comic style. The play, written and directed by Chairwoman of LOYAC Academy of Performing Arts (LAPA), was the final activity by LAPA in celebration of World Theatre Day at the end March, and reflected the academy’s efforts in strengthening basic values it believes relies on inclusion, participation and Arab and humanitarian unity.

The youth excelled in reflecting Lebanese reality with two consecutive shows at the LAPA theater at Al-Qibliya School, and even though its theme was “waiting”, it remained holding on to hope, and the awaited “relief” in the story did not materialize. 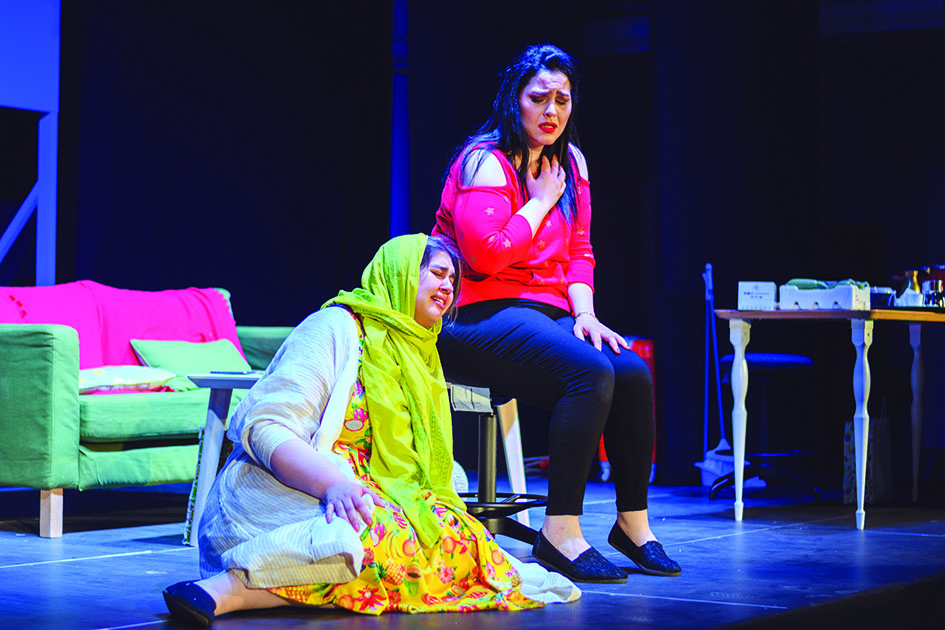 This play was an opportunity to discover young talents in Kuwait. It was delivered in the Lebanese dialect, portraying the worries of the Lebanese people and their dreams following the Beirut Port blast. Talented young Lebanese participated with the support of experienced people in Kuwait, as artiste Yousuf Al-Baghly trained the actresses. Hawraa Ibrahim, who played the lead role of Intizar, was excellent, as well as Sally Saba who co-starred with her in a first experience for her and played the role of her sister Izdihar.

Egyptian actress Sarah Rashad was excellent in her secondary role as Intizar’s friend Suad. The fourth character Nisreen was played by Therese Alhamedh in her first acting experience, as Intizar’s friend. The LAPA theater was crowded over the two days with the Lebanese community who wanted to watch “Intizar Faraj”. The tragicomedy play touched the feelings of the audience between laughter and sadness and longing for the homeland. 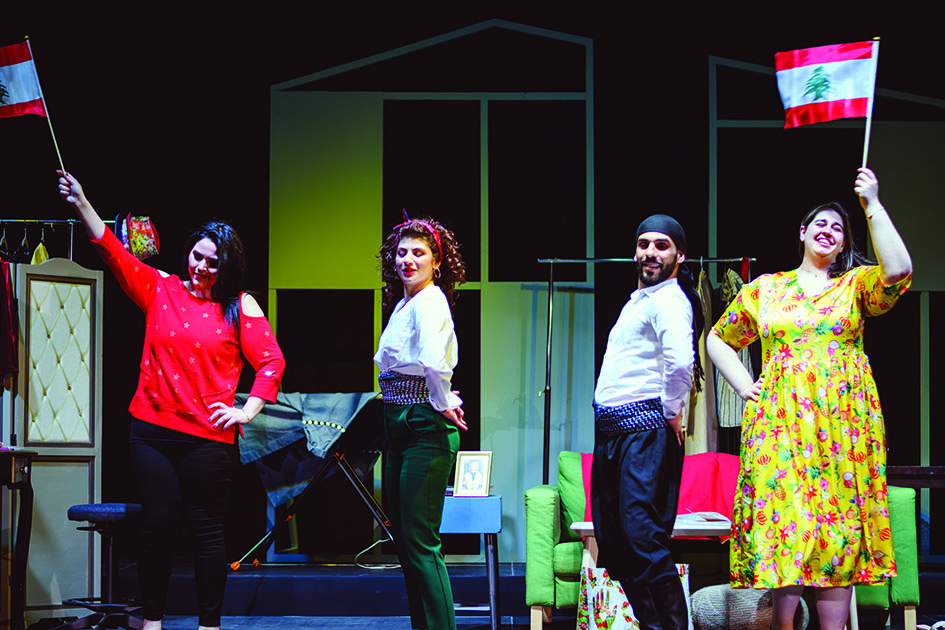 The play is about two middle-aged sisters who meet after 30 years without communicating with each other – Intizar and Izdihar. Intizar is the elder sister who insisted on staying in Lebanon and cared for her parents. She then rekindled an old relationship with her relative and love of her life Faraj, her sister’s ex-fiance. She is later surprised by the visit of Izdihar, who left Faraj and her family and went abroad, which coincided with Faraj getting ready to return home after he got homesick.

There are confrontations between the sisters in several scenes. The play shows the suffering of both of them and their stand towards the awaited guest, who could not arrive because airports were shut due to the coronavirus pandemic. The play ends with Intizar resuming her relationship with her sister Izdihar without the arrival of Faraj, which reflects the suffering of the Lebanese who are waiting for relief from abroad. 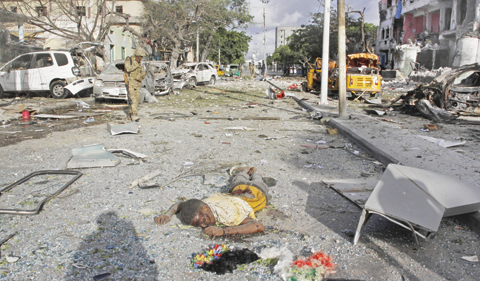 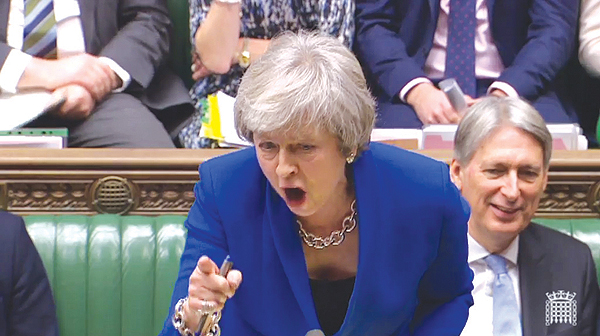 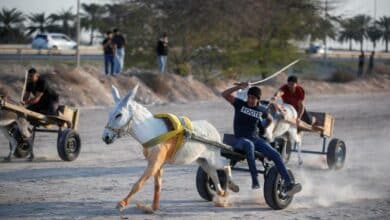 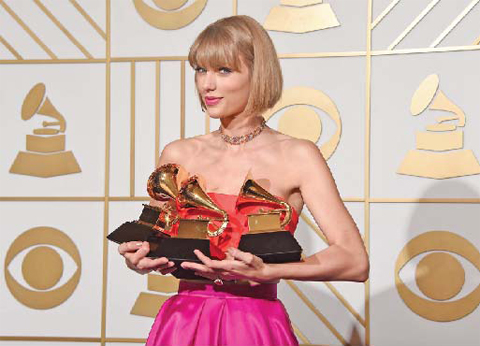