RIYADH: His Royal Highness Prince Mohammed bin Salman bin Abdulaziz, Crown Prince and Deputy Prime Minister has affirmed that Saudi Arabia is trying to evolve based on what it has – the economic assets and utilizing its potential. The Saudi prince during an interview with The Atlantic said “we are not trying to be like Dubai or America. We are trying to evolve based on what we have. We are not disparaging our beliefs, because that is our soul. The Holy Mosques are in Saudi Arabia and no one can remove it. We have a responsibility to put our country on the right path for the sake of our people, the region, and the whole world based on our belief in peace.”

“We are going back to the real teachings of Islam; the way that the Prophet (PBUH) and the four Rightly Guided caliphs lived, which was open and peaceful. They had Christians and Jews living under their rule. They taught us to respect all cultures, all religions regardless. The teachings of the Prophet (PBUH) and the four Caliphs were perfect. We are going back to the root. What happened was that the extremists hijacked and changed our religion to something new for their own interests,” the Saudi Crown Prince added.

About Wahhabism, the Saudi prince said that Muhammad Ibn ‘Abd al-Wahhab was neither a prophet nor an angel. “He was just a scholar like many other scholars who lived during the first Saudi state. The problem at that time in the Arabian Peninsula was that Ibn ‘Abd al-Wahhab’s students were the only people who knew how to read and write and history was written from their own perspective.

“Saudi Arabia has Sunnis and Shiites. Among the Sunnis, we have four schools while the Shiites have different schools – and all of them are represented in number of religious boards. Today, no one can push one of the schools’ views to make it as the only way of seeing religion in Saudi Arabia. Saudi Arabia is a monarchy which is based and founded on that model. Beneath the monarchy, there is a complex structure of tribal and urban monarchical system like tribal chiefs and urban leaders. I cannot change Saudi Arabia to another type of system, because it has been based on a monarchy for over three hundred years, and this complex monarchical structure of tribal and urban systems have been part of how people lived in the past and it is part of a Saudi Arabia today,” he explained.

On Iran, he said “Iranians are our neighbors forever. We cannot get rid of them and they can’t get rid of us, so it’s better for both of us to work it out and to look for ways to coexist. We have had four rounds of negotiations and we heard statements from Iranian leaders.

We are going to continue through the details of the negotiations. Hopefully, we can reach a position that is good for both countries and is going to create a brighter future for our country and Iran”.

The Saudi Crown Prince said he simply doesn’t care whether US President Joe Biden misunderstands him or not. In an interview yesterday, Prince Mohammed said his aim is to strengthen Riyadh’s long, historical relationship with Washington, but he was not concerned about whether Biden misunderstood him.

“Simply, I do not care,” the Crown Prince was quoted as saying. “It’s up to him to think about the interests of America. We have a long, historic relationship with the United States. For us, our aim is to keep it and to strengthen it. We have a political interest, we have economic interests and we have a security interest. It is huge. We have a huge opportunity to boost all of these things. There is also a big possibility it could be downgraded in many areas. If you ask Saudi Arabia, we want to boost it in all areas. You don’t have the right to interfere in our internal affairs. That’s about us – Saudis,” he added.

“Let me give you an example. We didn’t get rid of slavery 60 or 70 years ago because we had any pressure. We had good influences from foreign countries. Saudi people studied abroad and American companies, European companies and different companies are doing businesses in Saudi Arabia. Their influence is strong. At a point, we realized slavery wrong – so we got rid of it. Pressure doesn’t work,” he said.

The Crown Prince pointed out that Saudi Arabia is a G20 country. “You can see our position five years ago; it was almost 20. Today, we are almost 17th among the G20 countries and we are aiming to reach a place more advanced than 15 by 2030. Saudi Arabia is not a small country. It is growing very fast. American companies have a huge concentration here. We have more than 300,000 Americans in Saudi Arabia and some of them are Saudi-American. The interest is obvious – whether you want to win in Saudi Arabia or lose, is up to you,” he said. — Agencies

Ukrainian women fight for freedom like Kuwaiti women did in 1990: US envoy 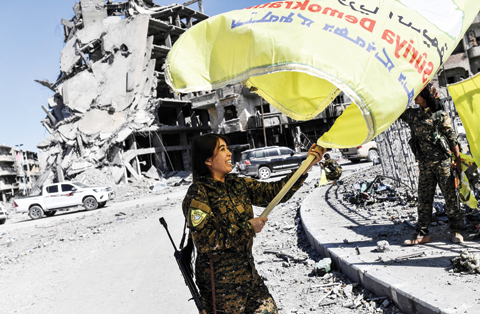 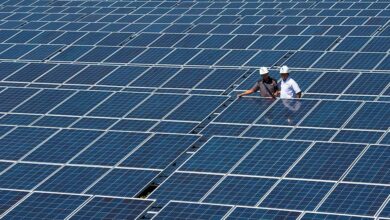 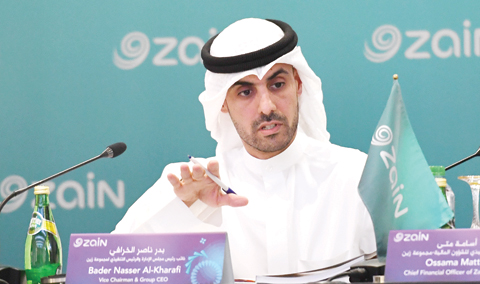 Zain Group aims to be a trendsetter in digital revolution, says Al-Kharafi 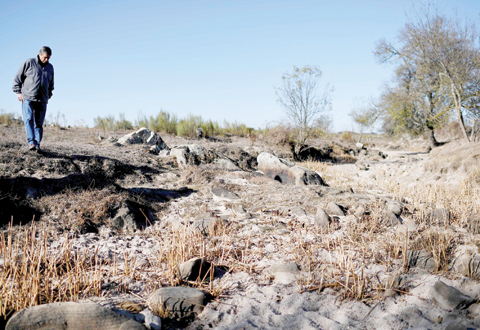