DUBAI: Iran claimed bragging rights over arch-rivals Iraq yesterday as they finished top of their Asian Cup group after an engrossing but goalless draw at a packed Al Maktoum Stadium in Dubai.

The latest instalment in one of football’s great rivalries failed to live up to their classic 2015 quarter-final, won by Iraq on penalties, as a raw and uncompromising first half gave way to a more measured second period.

It meant that Iran, Carlos Queiroz’s three-time winners, finished top of Group D on goal difference after their 5-0 thrashing of Yemen and 2-0 win over Vietnam. Iran welcomed back Brighton’s Alireza Jahanbakhsh, last season’s Eredivisie top-scorer, from injury as they set about going unbeaten for a 20th straight game at the group stage.

And in a physical first half in front of a deafening crowd, Iran, Asia’s top-ranked side, were largely on top but couldn’t make their advantage count.

As the challenges flew in, Jahanbakhsh and Iraq’s Safaa Hadi both wiped away blood, and Iranian midfielder Saman Ghoddos was lucky not to see red for a stamp. Iran’s Sardar Azmoun came close with a header, Ghoddos saw a powerful drive deflected away and Jahanbakhsh fizzed one over on the rebound. Iran also strongly claimed a penalty when Hadi handled accidentally.

At the other end, Ahmed Yasin’s low shot was just off target and 18-year-old forward Mohanad Ali, scorer of a brilliant solo goal against Yemen, glanced a header wide.

Jahanbakhsh withdrew just after the hour mark and Iraq’s Ali followed shortly afterwards, following a final attempt which the teenager drove straight down the throat of goalkeeper Alireza Beiranvand.

It looked like both sides were happy to settle for a draw before Iraq’s Humam Tariq swung a cross to substitute forward Alaa Abbas, whose header was acrobatically palmed away by Beiranvand. However, clear-cut chances were scant in the second half as the former war-time foes saved their energies for the bigger challenges to come in the knockout phase.

Earlier, an effervescent Son Heung-min inspired title-chasing South Korea to a comfortable 2-0 victory over China yesterday to finish top of their Asian Cup group. Hwang Ui-jo and Kim Min-jae were on target as the Koreans, boosted by the arrival of their talisman, ran China ragged in Abu Dhabi.

Son won the penalty converted by Hwang and fizzed in the assist for Kim to help South Korea finish top of Group C with a perfect nine points as they look to end 59 years of Asian Cup hurt. “Of course I’m a bit tired-I didn’t expect to play for so long,” Korean captain Son told AFP after completing 87 minutes despite a punishing run of 13 games for Tottenham since the start of December.

“But it’s an honour to wear this red shirt and play for the national team. My first game of the tournament, clean sheet, 2-0 — it’s a happy afternoon!” Marcello Lippi’s China finished as group runners-up having likewise already sealed their place in the last 16 by winning their first two matches.

South Korea, who beat Asian Cup first-timers Philippines and Kyrgyzstan 1-0 in their opening two games, went for the jugular. A Hwang Hee-chan rocket forced China goalkeeper Yan Junling into a fingertip save before Hwang Ui-jo curled an effort against the post.

The Koreans, joint title favourites with Iran, doubled their lead six minutes after the break when Son’s corner was met by Kim’s thumping header.

But the addition of the mercurial Son has clearly energised the Taeguk Warriors, who suddenly look a very different proposition. “We are very satisfied with the effort that Son made,” said South Korea coach Paulo Bento, who is yet to learn the identity of his team’s last-16 opponents.
“What’s important in this moment for Son and the rest of the team is to enjoy this result and then go again.” China, Asian Cup runners-up in 1984 and 2004, began the competition by edging Kyrgyzstan 2-1 and overpowering the Philippines 3-0.

But they were no match for South Korea and were lucky not to concede further goals in a lop-sided game. “Let’s be honest, the Korean team is much stronger than us-they’re faster, technically superior and play with greater intensity,” shrugged Lippi, whose side face Thailand in the last 16.

“They are one of the favourites to win the tournament-we have to accept that and focus on our next challenge.”

Elsewhere in Group C, a Vitalij Lux hat-trick sent Sven-Goran Eriksson’s Philippines crashing out and gave Kyrgyzstan hope of progressing as one of the best third-placed teams in a 3-1 victory. German-based Lux struck once in the first half and twice in the second in Dubai before the Philippines grabbed a consolation goal through Stephan Schrock with 10 minutes to go. – AFP 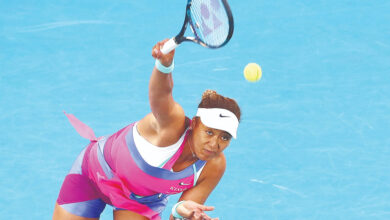 Osaka and Barty stride closer to showdown as Nadal rolls on 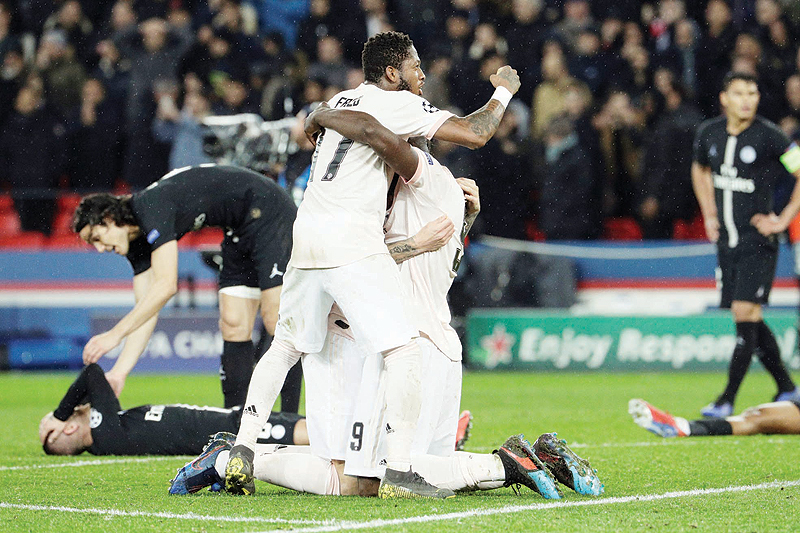